Unilever is launching a new detergent format, Persil Powergems, that it says marks the first major breakthrough in laundry technology in ten years. 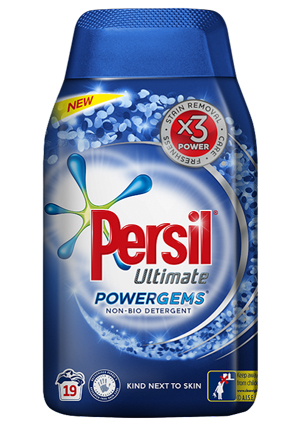 The lentil-shaped crystals are twice as concentrated as powder, but more effective than capsules, the FMCG company said.

They use half the number of chemicals as other products on the market, Gemma Cleland, executive director for homecare at Unilever, told The Grocer.

The product goes on sale next month, initially in the UK only. Launches in other markets are yet to be confirmed.

The development was led by Unilever’s R&D centre in Port Sunlight, Merseyside, which has been a site of Unilever and its predecessor, Lever Brothers, since the late 19th century.

Nitin Paranjpe, president of Unilever's home care business, told Reuters the launch was a signal of intent from the company that it would continue to invest for growth.

"We're not holding back or saying we have to pause, that we can't do this this year or next year, no. We are going straight ahead, investing as much as is needed," he said.

This is despite the introduction of zero-based budgeting, which Unilever wants to shave €2bn (£1.75bn) from its annual marketing spend by 2019. He added: "Many people have given ZBB a bad name, only thinking of it in terms of indiscriminately cutting things to shore up the bottom line. We don't believe in that."

Rather, ZBB has "given us a pot that has enabled us to invest in initiatives" such as Powergems, Paranjpe said.

Can MullenLowe leave the last-chance saloon?