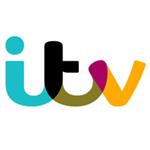 The Euros are back and promise to deliver plenty of highlights both on and off the pitch. Don’t miss out: one brand to win a free ITV ad spot at the Euro 2020 final

It’s been a thrilling start to the biggest live sporting event of the year. England didn’t lose their first match, the first time they’ve won the opening game of a European Championship – at the 10th time of asking; Italy are looking ominously good; the favourites France edged past the Germans thanks to an own goal (don’t laugh) and Scotland finally made their long-awaited return to a major tournament… and lost.

Jokes aside, we have also experienced the kind of high drama that helps put life into perspective. Danish midfielder Christian Eriksen collapsed face first into the pitch with no other player near him during his side’s match against Finland. The 29 year old had suffered a cardiac arrest and was given chest compressions while his teammates formed a protective wall around their stricken friend.

The supporters in the stadium, as well as millions of fans watching at home, feared the worst while the medics performed their heroics on the pitch. Thankfully the news since has been positive. Posting on Instagram, a smiling Erikesn reassured his followers with a message which read: “Big thanks for your sweet and amazing greetings and messages from all around the world. It means a lot to me and my family. I feel OK. Now, I will cheer on the boys in the next matches. Play for all of Denmark.”

What the incident highlighted is just how powerful the unifying nature of sport can be: it united both sets of supporters at the ground, both teams, the other competing nations, and every other person with a love for the beautiful game around the world.

Where else would you witness this kind of outpouring of love and emotion other than with sport? There’s nothing quite like England playing at a major tournament to get friends, families and loved ones gathered around a TV. And following the strangely comfortable 1-0 win over Croatia, the excitement and expectation levels of the country’s supporters is only set to increase.

Seeing fans back in the stands has also made for welcome viewing. And huge numbers of us have been tuning into the action. “For those interested, 11.6m watched England v Croatia with an extraordinary 79.2% share of people watching TV. Huge numbers on a hot summer’s afternoon and they’ll only get bigger,” tweeted Gary Lineker after the match.

England’s next match on June 18th against Scotland promises to attract the biggest audience of the year so far. This is the oldest international rivalry in the world, with the first meeting between the teams taking place in 1872. It’s been 25 years since the sides met at Wembley at Euro 96 and there are old scores to settle.

Where were you when...?
There’s something very special and unique about the Euros – and it's not just this year's competition that has set tongues wagging. They have produced so many must-see, iconic moments over the years which help bring football fans across Europe together, for the love of the game. Let's take a trip down memory lane of the competition that unites us all...

Denmark shouldn’t have even taken part in Euro 92, having finished second in their qualifying group to Yugoslavia. But with conflict in the Balkans forcing Yugoslavia’s expulsion, the Danes were called in just nine days before the opening game. Less than a month later, they returned home as European champions.

Or how about the goal that defies belief 33 years after it was scored? Marco van Basten's impossible volley for the Netherlands against the Soviet Union, in the Euro 88 final, helped his team to a 2-0 win and European glory. It’s probably still the best goal to ever be scored at a tournament, let alone a final.

And then there was ‘Gazza’s’ glorious Wembley goal against Scotland at Euro 96. England's preparations had not been ideal with a controversial ‘team bonding’ trip to Hong Kong resulting in dentist chair ignominy and the national press calling for blood. With the game in the balance in the 78th minute, Gascoigne received the ball on the edge of Scotland’s area. What followed was a delicate lob over the on-rushing defender followed by a sweetly-struck volley past the keeper. The celebration wasn’t bad either…

The demand for these special football moments is as keen as ever. When Euro 2020 was postponed for 12 months, ITV raided its archives to provide football fans with a slice of sports nostalgia. The platform unearthed every match from Euro 96, with the England v Scotland match hitting peak viewing figures of 1.1 million.

More than 44 million people tuned in to ITV’s Euro coverage in 2016 and this year the pull is expected to be even greater. With pent-up demand for live sport now finally unleashed, predictions are for a Euros that will deliver brands a level of reach and audience never seen on this scale.

How to win a free ITV ad spot in the Euro 2020 final
With the return of the biggest live sporting event of the year, ITV is reviving its Euros Ad Competition, which will see the most engaging ad appear during the Euro 2020 final – for free.

Entries to the Euros Ad Competition will be judged using System1 methodology and technology that predict ad success on the basis of three key measures. The winning ad will be announced by July 7th, ahead of the final on July 11th. The closing date for entries is June 27th.

Not only is this one of the grandest stages in football, it’s also a golden opportunity for advertising creatives to bring their fun, cheek and storytelling nous to mass audiences – and hopefully snare that free ad spot in the final.

For more details and to enter the ITV Euro 2020 creative competition, see here.

The best Euros ads ever – what can we learn?