This series recognises women who were hidden or forgotten from the annals of advertising history.

Unsung women of advertising (part one)

While men are often held up as the industry’s creative heroes, women have always been among the greats. Part two of this series introduces the leading lady of advertising in the North and the creators of some of the most quintessential campaigns of the last century.

Read part one here. Nominate another "unsung woman" in advertising by emailing brittaney.kiefer@haymarket.com.

For more than two decades Win Offland was affectionately known as the leading lady of Manchester advertising. She began her illustrious career as a secretary at Osborne Peacock in the mid-1950s. Upon moving into the agency’s television department, she became the country’s first female TV buyer and was later made head of TV.

In 1964, Offland broke away from Osborne Peacock with her colleagues Ken Bowden, Mike Dyble and Jeff Hayes to form their own agency, BDH & Partners [now TBWA\Manchester], which soon grew into a regional powerhouse. She represented the "& Partners" of the company’s title, because her husband wouldn’t allow her to attach their family name to what he viewed as a hare-brained scheme, and she felt her maiden name of Higenbottam was too provincial. 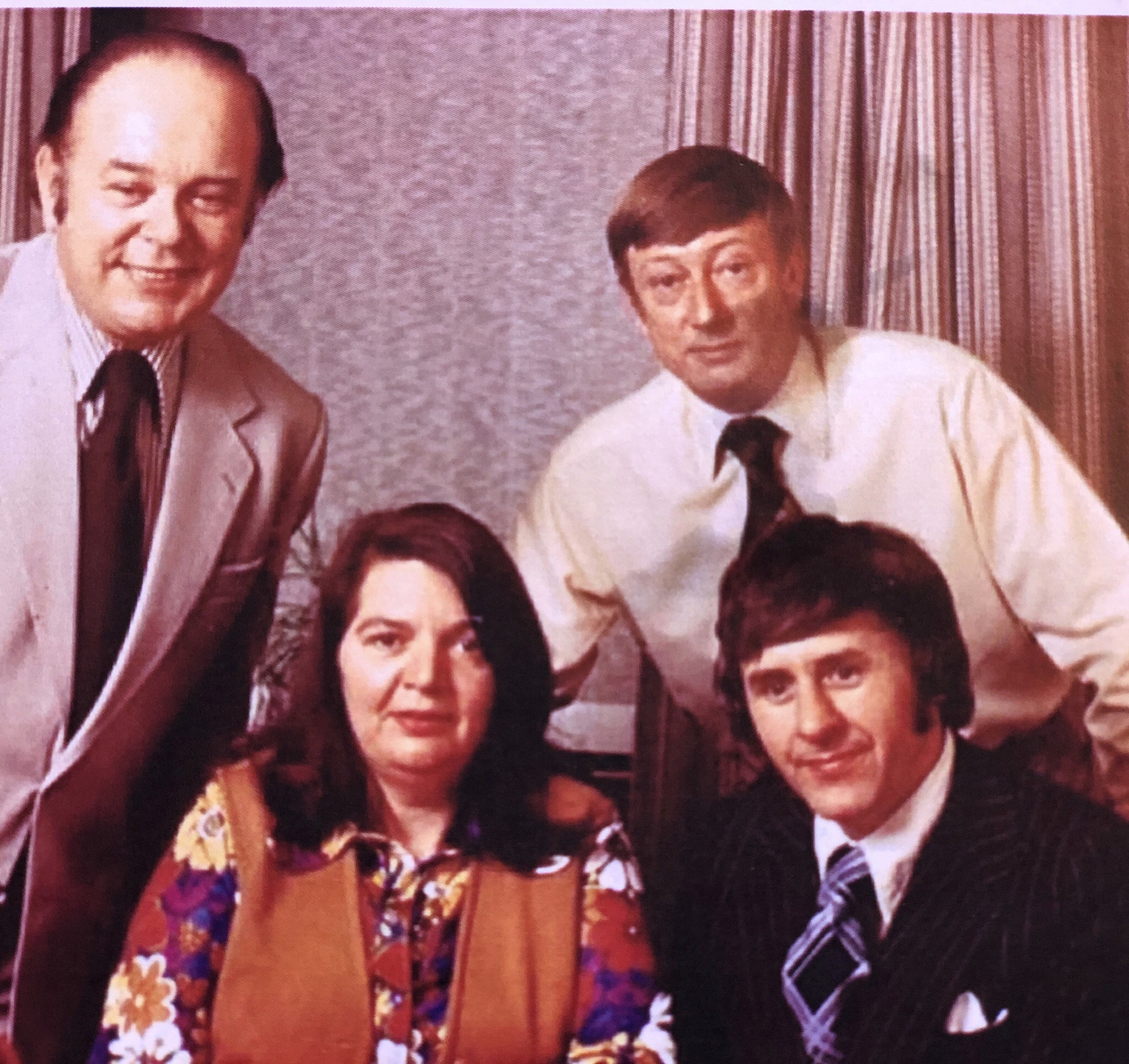 Offland saw an opportunity for business growth by hiving off BDH’s media department in the 1980s, forming the first agency-owned media-buying shop with Media Solutions. Some warned Offland that this couldn’t be done, but such moves later cemented her reputation as a trailblazer. A decade later she helped facilitate the sale of Media Solutions to CIA.

As chairman of BDH she oversaw the sale of the agency to GGT London in 1988. Over the years Offland also held many key industry roles, including chairman and president of the Manchester Publicity Association – the first woman to ever hold these positions at the organisation. She was honorary secretary of the IPA’s Northern branch for five years, serving two terms as chairman, and also became chairman of Nabs in the early 1990s.

Beyond these achievements, Offland was known for mentoring people across the industry and helping them forge their own careers in advertising. When she died in 1996, at the age of 60, the IPA’s director general Nick Phillips said the abiding memory she left was "of the warmth and affection that [she] engendered throughout the business".

Ruth Gill was the daughter of an East End clergyman who embarked on an advertising and design career during which she created some of the most memorable campaigns in post-war Britain.

After studying at the Chelsea College of Art, Gill spent 14 years at John Tait & Associates, where she was promoted to art director. She then joined Colman, Prentis and Varley (CPV) in 1954 – one of Britain’s biggest advertising agencies at the time – and worked with clients such as Pepsi-Cola, Jaeger, Selfridges and Elizabeth Arden.

When Fortnum & Mason sought a brand refresh in its 250th year, Gill led the creative team behind the retailer’s new advertising and designed its classic "F&M" logo. She also art directed the British Egg Marketing Board’s "Go to work on an egg" ads, one of the most high-profile marketing campaigns of the era. The witty posters depicted line-drawn characters travelling to work on an egg that was stamped with the British lion. 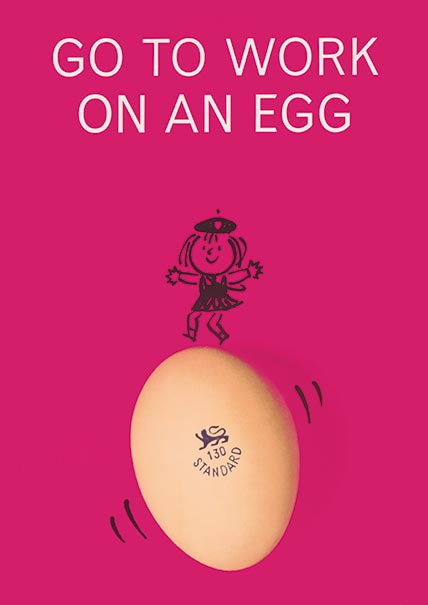 CPV copywriter Ben Duncan described Gill as a tall, bespectacled woman who wore "folksy" clothing and was delightful to work with. She was known for her love of gossip and "wicked" sense of humour.

Gill was also outspoken about how to build harmonious relationships between agencies and brands, and in a 1958 article for Advertising Review International, she criticised brash young designers who had lost their sense of wonder, as well as clients who were afraid to experiment.

When Gill left CPV in 1960 to become an art director at Mather & Crowther, one of her clients wrote to her: "I welcomed your frankness and never minded your disagreeing with me because on the few occasions you did, I eventually realised that your view was the right one."

Doris Gundry joined J Walter Thompson in 1934 and spent nearly three decades there, becoming one of three female copy group heads at the agency after the Second World War. She wrote for clients including Persil and Rinso, and coined the brand name "G Plan" for the Gomme Furniture Company’s pioneering range of modern furniture.

Gundry was part of a generation of women who established independence and broke into new professions following the First World War, in which many men lost their lives. The barriers to previously male-dominated industries – such as architecture, medicine and advertising – were removed. Margaret Haig Mackworth, 2nd Viscountess Rhondda, a women’s suffrage campaigner, said of the advertising industry at the time: "It is just about the one profession in which women have equal chances with men."

But after the Second World War, this period of advancement for women did not continue. With more men entering the workforce, the proportion of women in professional roles fell between 1951 and 1961. In an interview with Gundry about JWT’s history, she blamed young men returning from the war for pushing out women from the agency. "The younger men did not care for us women," she said.

Research supports Gundry’s view. Women accounted for a quarter of all copywriters in creative departments in 1957; by 1968, they made up less than a fifth. The proportion of female artists in agencies fell from 14% to less than 10% during the same period.

Cardiff University’s Dr Philippa Haughton told Campaign: "Grundy represents, to my mind, the many women who could have done much more if only they'd been given proper opportunity, as well as the dogged presence of women in an industry that hasn't recognised the potential of women for a very long time."

Rita Dempsey wrote one of the best ads of the 20th century: British Airways’ "Manhattan" by Saatchi & Saatchi. In the early 1980s, the airline was in a tailspin: it was losing £300m a year and cutting thousands of jobs, while its reputation and staff morale were at an all-time low. "BA’s situation was so bad that we couldn’t show planes or staff," Bill Muirhead, the Saatchis account man, recalled. 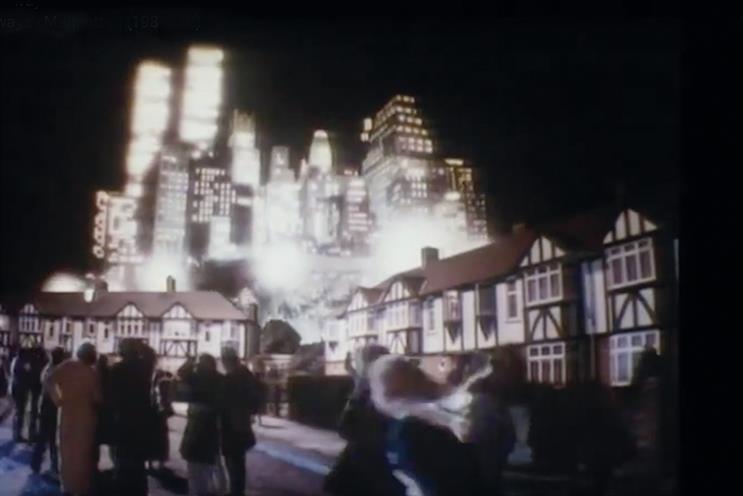 Dempsey and her longtime creative partner, art director Phil Mason, grabbed this unpromising brief and came up with an imaginative idea based on the fact that the number of people carried across the Atlantic each year by BA was greater than the population of Manhattan. The resulting ad showed Manhattan hovering over the London suburbs as their inhabitants gazed up in astonishment and air traffic controllers guided it down.

This campaign was a key component of BA’s rebirth, setting the scene for the airline’s emergence as a global player.

Prior to Saatchis, Dempsey also worked at Collett Dickenson Pearce at the height of its creative power, and at BBDO. She shunned the chance to work on screenplays for the director Alan Parker before beginning a 20-year partnership with Mason. Tim Delaney, her former boss at BBDO, said Dempsey "could have been a fantastic sitcom writer" and was "one of the best dialogue writers in advertising".

Some of the earliest British advertising agencies were led by women, such as Ethel Wood, a director of Samson Clark. She joined the agency’s board in 1922 and was also the third president of Wacl, from 1925 to 1926. Noting the abundance of women working across the advertising industry, many in leadership positions, Wood wrote at the time: "All of them have won their way step by step, and put into their work more than they have taken from it for many years."

In that same article, entitled "Advertising as a career for women", Wood argued that advertising was a democratic profession with only one real acid test: work that "brings results". She believed women should play key roles in the industry because of their deeper knowledge of home and family life and control over household shopping.

Wood concluded: "Having said so much about sex in advertising, in my opinion the more it is forgotten, and folks judged by the quality and effectiveness of their work and not by their gender, the better, not only for business, but for the world at large."

After she left advertising, Wood went on to have a career campaigning for women’s rights.

#TellHerStory: Why Stylist is pushing for Visible Women

The unsung women of advertising