UPS is spotlighting Latinx small businesses on TikTok with the help of J Balvin.

The campaign, launched Wednesday, includes a TikTok video in which J Balvin invites people to spotlight a Latinx business in their community using the hashtag #JuntosImparables. The video will be set to an original song by the same name.

The campaign, led by The Martin Agency and supported by GroupM and Catalyst, is part of UPS’s effort to “generate exposure to the Latinx community at large,” said Andrea Derby, UPS director of U.S. advertising and brand.

“UPS is seen as reliable and trustworthy, but not necessarily modern and cool,” she said in an email. “Admittedly, we don’t have a strong brand connection with younger and minority audiences. That’s why we’re creating these new approaches to build relevance and reach the next generation of small-business owners.”

In the past decade, Latinos have launched more small businesses than any other demographic, adding $7 billion to the U.S. GDP. But since COVID-19 came to the U.S., Latinx-owned small businesses have struggled, with 32% closing within the first month of the pandemic, leaving 5 million Latinos at risk of bankruptcy.

UPS will curate submissions from small businesses to feature a music video on its social channels, based on their location and business type. UPS drivers are also encouraged to highlight their favorite Latinx small business on their delivery routes. And J Balvin will make his own shout outs on TikTok over the course of the 90-day challenge.

“The challenge allows the small businesses to represent what they're about, where they come from and what their values are,” said Scarlett Maestre, senior art director at The Martin Agency. “The Latinx community has so much tenacity and power, and we thought that was a really beautiful thing to bring to life.”

UPS partnered with Mexican graphic designer and illustrator Luis Pinto to create 650,000 limited-edition Express boxes and envelopes with a QR code that links to a microsite highlighting Latinx-owned small businesses. Additionally, Pinto’s artwork will be featured on a mural in Chicago’s West Loop on the side of Latinx-Owned restaurant, La Josie, starting in mid-July. 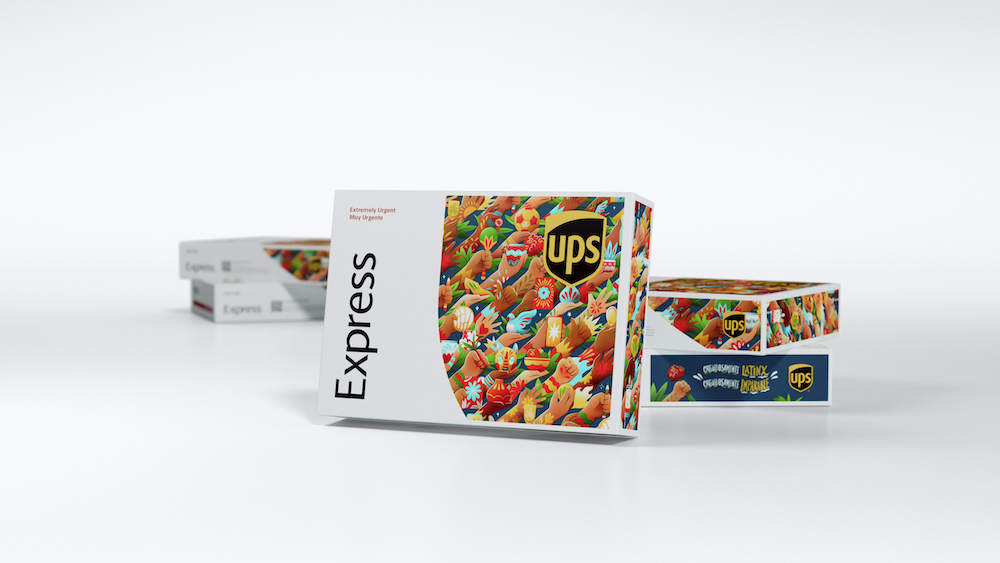 UPS has also partnered with the United States Hispanic Chamber of Commerce to offer grants to Latinx businesses.

“Alone, a small business can be unseen, but together, they can be unstoppable,” Derby said.