It's no good imposing "integration" from above. That structural approach is at the core of why many agencies' models feel so dated. For integration to be meaningful, we must consider the behaviour of users and the terms on which our clients engage with them.

Forward-thinking digital gurus often refer to a "user-centric" ethos of web design - prioritising the way your users actually behave above the apparent beauty of an imposed system design. It is this useful approach to agency integration - as a user-centric creative and organisational ethos that mirrors the way consumers actually behave, rather than a "traditional" agency model - that may suit an elegant corporate set-up.

Integration is a connected state of mind, working on two axes: platform and discipline. In terms of the first axis, I believe that a fundamental flaw in thinking has evolved through the promotion of "digital" marketing as a discipline in its own right.

It's odd - one wouldn't call, say, TV production or printing a marketing discipline. They're areas of production skill. But, as the online revolution has spread, so has the power of a newer breed of "digital" agency. These agencies are usually expert at building sites and understand the mechanics of digital marketing well. However, because of their technical background, they generally have no broadcast heritage. They therefore have little understanding of how to create great video content - and with the internet becoming largely a portal for video viewing (at least as measured by bandwidth), that's a serious problem for a "user-centric" comms agency.

On the other hand, the old school of "TV production" agency often contains experienced creative talent, but with an intrinsically limited and reluctant understanding of digital platforms. These agencies are good at making video, but are often unable to think from a user perspective.

I also argue that, on the second axis, integrated thinking must work across true marketing discipline. While in-house capacity to deliver across every discipline is not necessary to a user-centric concept of integration, the ability to think and collaborate with others to provide that connected user journey is absolutely vital.

TV channels now exist on many different platforms - broadcast, online, print, mobile, radio and others. For brands wishing to reach the channel's viewers, this explosion of platforms has increased the complexities, as well as the possibilities, of message delivery. I refer to these tactical, trans- media campaigns as multi-platform channel (MPC) campaigns.

Obviously, to look at any marketing campaign from a "user-centric" approach assumes a need or desire to view the content in the first place. So let's never forget that the creation of compelling content, appropriate to audience, should always be at the heart of consumer-facing activity. But if I were a hairy young man with a penchant for rock music, consider how I might relate to Kerrang! as a consumer. If I subscribed to the magazine, I'd likely be a frequent visitor to Kerrang.com and possibly tune in to Kerrang! TV, as well as sign up for @kerrangmagazine. I'm viewing the same channel - but it's touching me with different media across many platforms.

To run a multi-platform campaign for this kind of channel therefore requires true cross-platform creative thought and executional ability. Consider the five likely deliverable elements of an MPC campaign: film content (which, depending on the scale of the campaign, can range from a 30-second TV spot to brand films to full-funded long-form TV programming); a campaign hub; an online media campaign; a social campaign and other external communication; and unified campaign branding.

I hope it's apparent from this brief shopping list that a useror consumer-centric approach is vital. Channel viewers are flitting from platform to platform without thinking about it. So must we. That means creative must be integrated at its core.

Let's take a practical example: delivering video content online from a central creative theme. There may be three discrete issues to consider.

First, how can I take the creative idea and make some engaging content? This is really a TV production issue.

Second, how will this content best be viewed? This is a digital issue focusing on design and functionality of a video player. 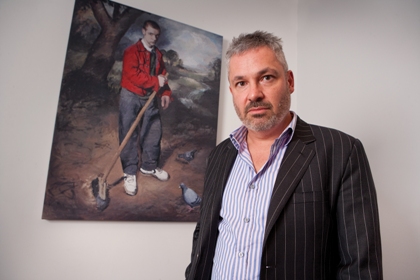 Third, what is the desired consumer action from viewing the content? This is a broader digital marketing question connecting the content, player, website and the broader campaign.

Typically, these ideas are considered sequentially. Optimally, they will be considered as one problem.

It's important to remember why media agencies increasingly favour MPC-style campaigns. They offer an editorial landscape and a tone of voice to shape and frame a campaign. They allow brands to move closer to the channel by ranging across the channel's programming and editorial. That gives them a framework to use and mould a campaign around.

So MPC campaigns are not only trans-platform but also very often trans-discipline - they range across both the channel's programming and editorial space. Because of this cross-pollination of previously exclusive media spaces, an unprecedented number of stakeholders may be involved - PR and social media agencies as well as a creative agency (or agencies), the media agency, the brand and the channel. That requires an agency involved in creating an MPC campaign to understand the wider issues, beyond its own discipline and remit, and effectively link arms with those agencies that are delivering.

Is a consumer/user aware of those divides of responsibility or agency territory? No. User-centric thinking requires integration within and beyond the walls of your own agency.

For me, there are three key points.

First, your pattern of integration should reflect the way your consumers behave and consume media. I've shared the behavioural requirements of our clients and consumers/viewers, and the way in which we operate to mirror those demands in thought and structure. No doubt you have a set of clients and consumers with subtly different behaviour from my agency, Duke & Earl. Consider them first, before letting anyone lecture you on "the best ways to integrate".

Second, "digital" is not a marketing discipline, it's a delivery platform. It needs to be considered together with, rather than sequentially to, the central creative idea.

And, finally, integration doesn't cease at your own door. If you think connectedly, you must act connectedly - link arms, collaborate and share with other agencies. Far from giving away your secrets, you'll learn and grow collaboratively. And an "open-source" approach is surely the key lesson of the digital age so far.

Marc Heal is the director of client services at Duke & Earl