Campaign created by The Gate London awarded for tackling ageism in advertising.

Transport for London has awarded its third annual Diversity in Advertising prize to a campaign for healthcare brand Replens MD, created by The Gate London, that portrays older people sharing intimate moments.

This year’s contest was open to ad campaigns that provided a more authentic portrayal of people aged 55 and over than the usual stereotypes.

The Replens campaign, called “Sex never gets old”, earned the Church & Dwight-owned vaginal dryness moisturiser brand the top prize of £500,000 worth of free advertising space across the TfL network.

The runner-up prize went to folding bicycle brand Brompton for a campaign, created by Antidote, that played on the expression “getting on”, which can be used to signal someone’s advanced age, and flipped it to show older people confidently “getting on” their bikes (pictured below – image TfL).

The runner-up prize is up to £50,000 of free advertising space on condition the brand commits to spending the same sum, which Brompton has decided to take up.

The Replens campaign was praised for its “empowering” quality by one of the judges, London’s deputy mayor for social integration, social mobility and community engagement, Dr Debbie Weekes Bernard.

She added: “This year’s winner beautifully celebrates older people. It also captures diversity in all its intersectional forms, including reflecting same-sex relationships, while also highlighting an important issue for women. London is the most diverse city on the planet, and it is vital that this is reflected through advertising campaigns that we see around our city.”

Jamie Elliott, chief executive of The Gate, said: “We are really chuffed that this campaign taking head-on the taboo around old age and sex has shone through. The team at Replens have been great partners in this endeavour to bust through the wall of ageism in advertising by bringing the over-55s out of the shadows and putting them centre stage to make them visible and relevant in a beautiful and thought-provoking way.”

Tim Ashton, executive creative director at Antidote, said: "Brompton is a brand that has the credibility to speak up about ageism, and to have the confidence to do so in such a powerful way speaks volumes. It was a beautifully simple idea brought to life by one of the best in the business in photographer Spencer Murphy.” 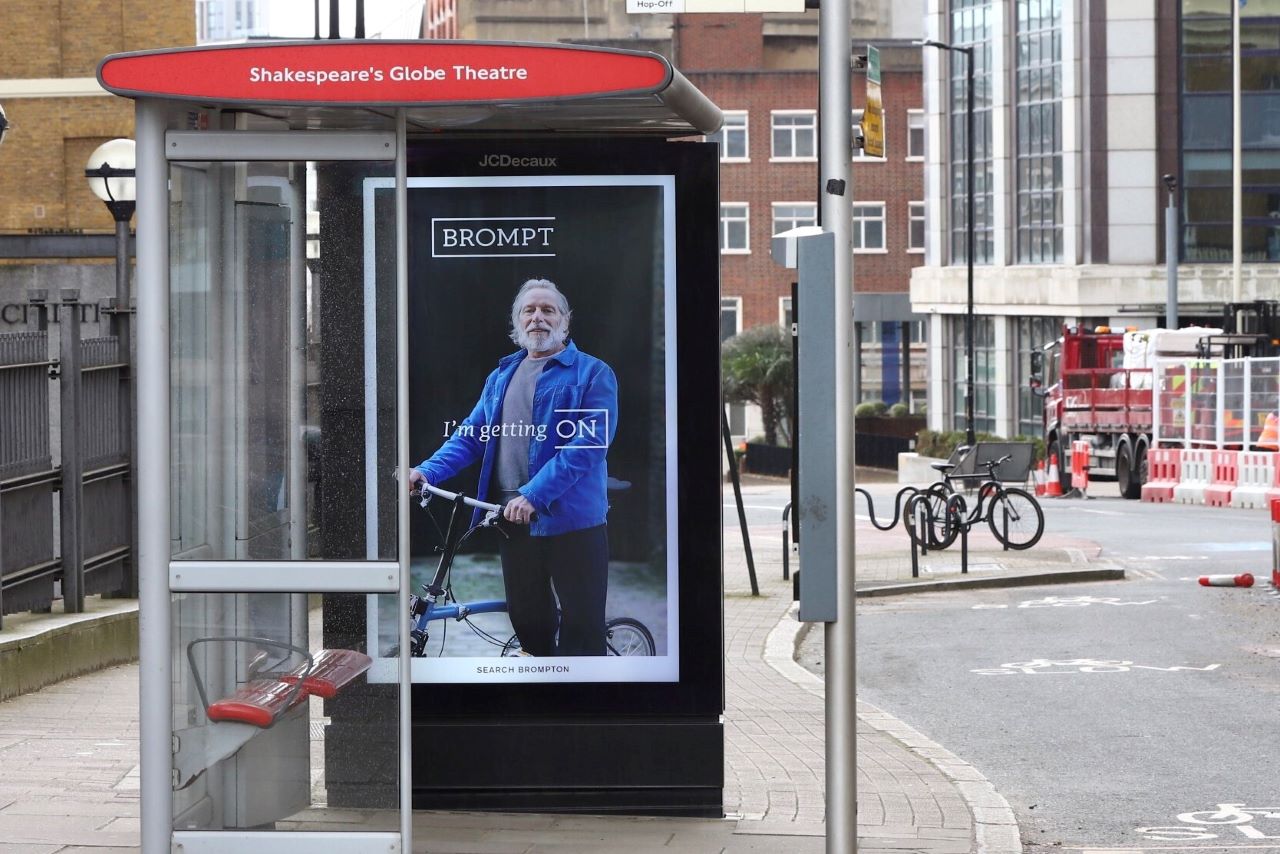 Channel 4 turns spotlight on BAME representation for next Diversity Award

Pick of the Week: Starbucks tells moving story of acceptance for the trans community