Virgin Atlantic marketing director Simon Lloyd has left the airline after less than a year, with marketing responsibilities to be taken on by the brand's global sales director Maria Sebastian.

Former Nokia and 118 118 marketer Lloyd joined last summer from his position as director of media engagement, marketing and audiences at the BBC. He reported to the carrier’s chief commercial officer Julie Southern.

While in the role, he led the development of Virgin Atlantic’s new marketing strategy under the strapline, "Flying in the face of ordinary".

Before Lloyd’s arrival, sales and marketing had been jointly overseen by Paul Dickinson. 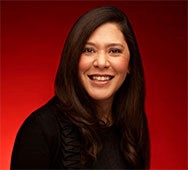 A spokeswoman said: "Due to an internal restructure, we can confirm that Simon Lloyd has left Virgin Atlantic.

"Maria Sebastian will take on the expanded role of director of sales and marketing and will build on the great work carried out by Simon in launching the ‘Flying in the Face of Ordinary’ campaign."

It comes at a tumultuous time for Virgin Atlantic. In December, a 49% stake in the company way acquired by Delta Air Lines, as part of a new strategic alliance between the carriers. Long-serving chief executive Steve Ridgway also announced he was stepping down after 23 years with the company.

Earlier this month, Virgin Atlantic revealed an annual loss of £93m for the 12 months to February 2013.

New chief executive Craig Kreeger, who, like Sebastian, joined from American Airlines, blamed a "continued weak macro economy" and "severely dented demand for business travel" as a result of the Olympic Games.

Read Marketing’s full-length interview with Lloyd, in which he vowed to make the Virgin Atlantic brand "irresistible".