The interview is drawing to a close when a blood-curdling scream suddenly rings out. A woman cries: 'Help! My hand is trapped!' Rather than rush to assist this damsel in distress, Virgin Atlantic marketing director Simon Lloyd looks momentarily confused before continuing with his train of thought.

Before anyone accuses the ex-BBC and Nokia marketer of heartlessness, I should clarify that the interview is taking place at the airline's dramatically titled training centre, The Base, a kind of air-disaster theme park complete with smoke-filled cabins and emergency chutes. Seemingly urgent cries for help have become a daily feature of life at the facility.

We, however, are sat in the rather more plush surroundings of Virgin Atlantic's mock Upper Class cabin, where a few years ago Daniel Craig filmed scenes for the James Bond movie Quantum of Solace.

Lloyd seems at home reclined in the luxurious seating. Indeed, his professional life nearly followed a very different, more glamorous path: before he joined Kellogg's graduate trainee scheme, a fledgling TV presenting career led to an audition for a coveted position on Blue Peter (he reached the final shortlist of two before being edged out). Fittingly, about 15 years later, he returned to the BBC to oversee marketing for its children's division.

That easy broadcaster manner is still clear to see in Lloyd's smooth delivery as he outlines his plan to make Virgin Atlantic the world's 'most irresistible' airline. Since joining the carrier last July, Lloyd has led the development of its fresh positioning - 'Flying in the face of ordinary' - which, he claims, will provide a long-term platform for the brand.

'In the past, we've been very campaign-driven. The last campaign, "Your airline has either got it or it hasn't", was fantastic, but it was only going to live for a certain length of time. This is a positioning that will live with us for a very long time,' he says.

The airline has won plaudits for its TV ads, including its 80s-themed 'Still red hot' drive launched to celebrate its 25th anni-versary. However, Lloyd believes the previous approach was not only old-fashioned, but also failed to deliver the right level of customer engagement. 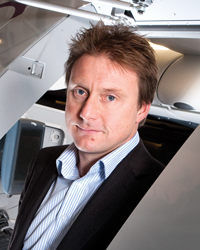 'Virgin Atlantic is renowned for its big TV advertising, and when we set out on this we wanted to live up to that expectation. But (the new positioning) gives us the platform to do a lot of innovative and playful stuff in the digital space. That's where we want the brand to live,' he says.

'The majority of people will only fly with us once or twice a year, so I want to see how we can have much more of a relationship with customers before and after flying,' adds Lloyd. 'The big advertising campaigns will always be part of our marketing mix, but we want to make Virgin Atlantic irresistible to our customers, and to do that we need to spend enough time understanding what their needs are, way before they make a decision to fly.'

The 'Flying in the face of ordinary' positioning was introduced with a two-minute faux movie trailer mimicking Hollywood's current obsession with superheroes (see box, below). The work, by RKCR/Y&R, shows children with 'special gifts' that earmark them as future Virgin Atlantic employees. Next up is a tranche of activity in Manchester, Edinburgh and Aberdeen to herald the arrival of the airline's first short-haul services under the Little Red sub-brand, which promises to add some 'Virgin sparkle' to domestic routes, as well as opening up global destinations to other areas of the UK.

According to Lloyd, the 'playfulness' of the launch ad is a nod to the 'Virgin-ness' of the airline, which sets it apart from its competition. 'The skies are being filled with lots of different carriers and it is becoming commoditised - the product across most airlines is very good,' he says. 'The one thing that sets us apart is our people. We want to concentrate on continuing to provide the best service, but not in a way that is robotic; rather, something that does allow the personality to come through. What we can offer that no one else can is that truly unique Virgin Atlantic experience, and that's what people buy in to.'

Yet, if one were to listen to Willie Walsh, chief executive of British Airways parent International Airline Group, it would appear that very same Virgin Atlantic brand is under threat of extinction.

US airline Delta is set to pay $360m for a 49% stake in the company, currently held by Singapore Airlines, subject to approval by the competition authorities, in a deal Lloyd describes as a 'good marriage'. After the announcement of the deal last December, Walsh confidently predicted the Virgin Atlantic brand would disappear within five years. Founder Sir Richard Branson tabled a £1m bet that Walsh would be proved wrong; in response, the former BA boss reportedly added a 'knee in the groin' as part of the wager.

Lloyd smiles at the mention of the incident, and dampens any suggestion that Delta is looking to axe the Virgin Atlantic brand. 'I think the public actually enjoy those spats between Willie and Richard. Willie was predicting the end of the Virgin brand for exactly that reason, a bit of a tease to Richard. I actually think they will miss each other when one of them decides to take a back seat,' he adds, chuckling. 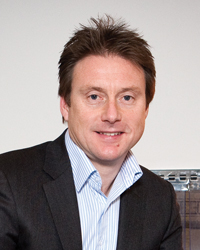 'I can say categorically that Richard loves this airline, it's one of the crown jewels in the Virgin Group, and the Delta venture is about giving more choice to our customers. Naturally, we will start to learn from each other - Delta with its size and scale, and Virgin Atlantic being smaller, but nimbler on its feet.'

For a marketer of any Virgin brand, a key consideration is the extent to which one should capitalise on the profile of Branson. Although the entrepreneur has appeared heavily in Virgin Media's recent marketing, as well as having a cameo role in a 2009 Virgin Trains ad, he has been conspicuously absent from Virgin Atlantic campaigns. Will it stay that way?

'I don't have a particular position,' says Lloyd. '(Richard) likes to be involved. A lot of people think he's just a figurehead who doesn't have an active role, but I saw him two nights ago. He is omnipresent and passionate about Virgin Atlantic. If it makes sense to have him involved, to help us tell a story, then we would certainly do so.

'In fact, it's more about keeping him out than involving him,' he adds wryly.

Come fly with me

The job is not all about clinking Champagne glasses in Upper Class with the famous founder, however. Virgin Atlantic's most recent annual results, unveiled last August, revealed an £80m loss, which it blamed on high fuel costs and UK flight taxes. Newly appointed chief executive Craig Kreeger, who arrived this month from American Airlines to replace long-serving boss Steve Ridgway, joins at what Branson admits is a 'challenging time' for the carrier.

Meanwhile, although sustainability is no longer part of front-line communications for airline brands, having reached its peak before the recession, Lloyd insists that Virgin Atlantic must consciously address environmental concerns in its marketing. 'Our customers are aware of sustainability issues,' he says. 'Aircraft are big, fuel-burning machines. Whenever you fly with us, we're very active at promoting our sustainability programmes, including how we're looking to offset our carbon footprint. It's something Richard is very focused on, too.'

Yet, despite the tough business climate, Lloyd is adamant that the way to ensure success for Virgin Atlantic is to make airline travel 'sexy and glamorous' again. He returns to his catchword 'irresistible' repeatedly, pronouncing the need for the airline to develop a deeper relationship with its customers.

'It's our responsibility as an airline to emphasise that this is a major purchase and a lifestyle choice, and we want to put the fun back into it. Price is obviously a consideration, but you want it to be secondary to choosing to travel with us,' he says. 'I truly want to make this airline so irresistible to our customers that people will want to fly with us because they know they are going to have a great time.'

Another squeal of anguish emanates from the training area, but it is easy to ignore in the confines of our plush cabin. Lloyd will be hoping that the strength of the Virgin Atlantic brand and its fresh positioning prove similarly insulating against the turbulence affecting the wider aviation market.

THE CAMPAIGN: FLYING IN THE FACE OF ORDINARY 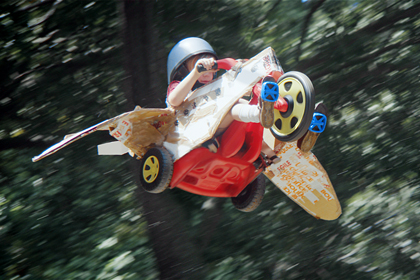 To announce its 'Flying in the face of ordinary' positioning in January, Virgin Atlantic unveiled a mock movie trailer paying tribute to the airline's 'superhero' staff.

The TV and cinema campaign, by RKCR/Y&R, showed the staff as children possessing special gifts, such as intuition, rapid reflexes and heightened empathy. It then moved forward to the present day, revealing that the children had become Virgin Atlantic cabin crew, ground staff, designers and pilots, each delivering 'superior' customer service.

The spot was supported by print and outdoor ads, again showcasing the airline's employees. The brand's website hosted the full-length version of the TV ad, as well as behind-the-scenes content about the staff who inspired it. Meanwhile, a Twitter promotion used the hashtag #fitfoo.

'We wanted to capture the essence of Virgin Atlantic with this new campaign and bring the glamour and fun back into long-haul travel,' explains Lloyd.

'"Flying in the face of ordinary" is more than a marketing campaign; it is a powerful brand proposition and long-term platform that will be reflected in all areas of the business, from communications and marketing to product and customer service,' he adds.

Family: Married with two children, both boys. Divides time between London and the Cotswolds.

Hobbies: 'Golf, and obviously skiing in this season. Also a bit of fly-fishing.'

Favourite destination: 'New York. It doesn't matter how many times you go there, you just get a buzz and I love that feeling.'

Favourite brand: 'Apple. It has some issues with its current positioning, but, as a marketer, you can't help but be impressed with the single-minded focus on delivering the brand at every single touchpoint.'

- Director of media engagement and North, marketing and audiences, BBC (2010-12)

- Keep consumers sufficiently enamoured with the Virgin Atlantic brand to be prepared to forgo the cheaper prices of rival airlines.

- Improve Virgin Atlantic's presence through digital channels, in a way that fits with its glamorous brand image.

- Ensure there is no erosion of Virgin Atlantic's brand strengths in the wake of an alliance with Delta.

Qantas has a story for every journey