Virgin Media has again teamed with Usain Bolt for a new 100-second TV ad that delves into what it means and how it feels to be the world's fastest man.

The film, "Be the fastest", debuts tonight at 9pm, during the Portugal v Wales Euro 2016 semi-final on ITV.

Created by Bartle Bogle Hegarty, the ad consists of a series of mini-films, each of which is 9.58 seconds long – the time of Bolt’s world record-breaking 100m run, achieved in Berlin in 2009.

The spot mashes together photography, animation and motion graphics of various kinds to offer a multi-faceted picture of what makes the Olympic champion tick. The ad is voiced by Michael Johnson, the American sprinting legend who still holds the 400m world record achieved in 1999.

The film, which will also run in cinemas and on video on demand, is part of a campaign also taking in outdoor, press, mobile, social and search. It was created by Nick Gill and Davud Karbassioun for BBH and directed by Seb Edwards for production company Academy. The media planning is being handled by Manning Gottlieb OMD.

Virgin Media CMO Kerris Bright said: "Broadband speeds are the beating heart of the Virgin Media brand. Speed unlocks the difference that Virgin Media provides, encouraging our customers to do more, be more and have more fun.

"Our new campaign, the latest in our long-running partnership with Usain, celebrates a scorching summer of sport where he is going to play a huge part and brings to life what it feels like to ‘be the fastest’."

His dream of turning these into a trio of hat-tricks at Rio 2016, however, hangs in the balance – he is currently undergoing treatment for a hamstring injury, while could yet prevent him from competing.

The campaign was supported by an installation on and in front of the London Eye last night, created and delivered by Curb Media.

The river in front of the wheel was transformed into a digital six-lane 100m running track, built from a single LED screen, while the Eye became a giant stopwatch, counting down Bolt’s time of 9.58 seconds. 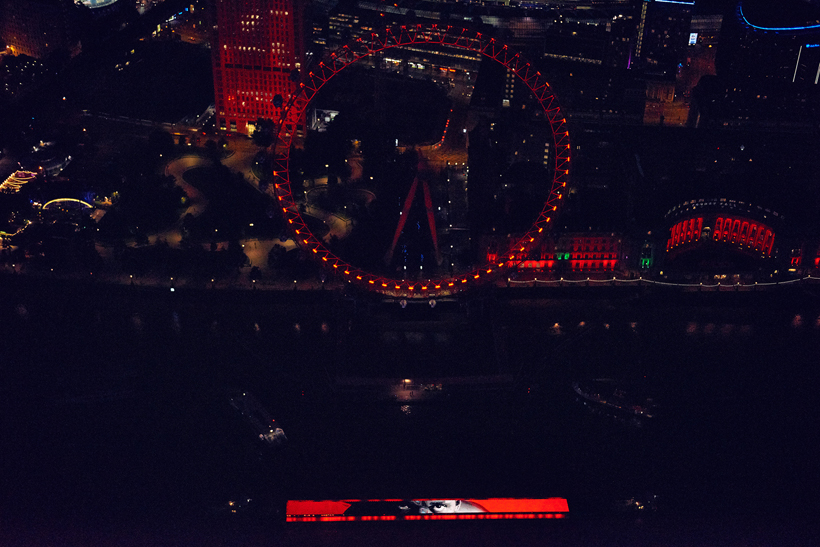