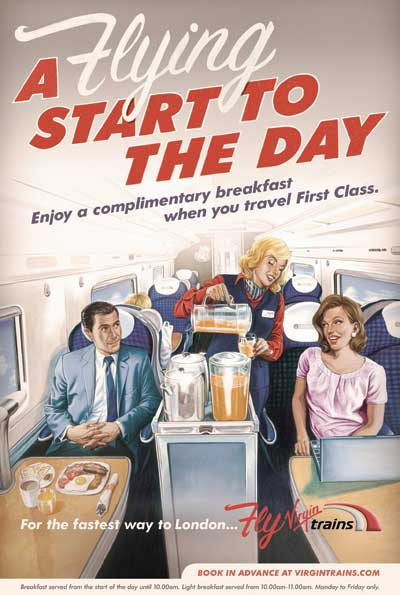 Created by Elvis, the campaign promotes the service as the fastest way to travel between Birmingham and London. It runs across digital and static outdoor, press and social media, and was written and art directed by Seth Jones. The designer was Paul Taylor.

Annerie Hughes, the Virgin Trains head of marketing, said: "The new ‘fly Virgin Trains’ campaign brings to life the speed at which you can travel between Birmingham and London. The illustrated route harks back to the growth of commercial air travel and the 1950s."

Stamma "Not just one day" by VMLY&R London

Virgin Trains 'Return of the Train' by RKCR/Y&R

Virgin Trains "It's the way forward" by Anomaly

Virgin Trains "Why drive yourself crazy" by Manning Gottlieb OMD