The Voice is launching an ad campaign to encourage people to take part in the Black British Voices project, which aims to be the first comprehensive national study into the black British experience.

The campaign, created by M&C Saatchi, asks black communities: “Can we write our own black British narrative?” before inviting them to complete the Black British Voices study in the hope it will prompt meaningful change in people’s lives.

Black British Voices, which was developed in partnership with the Department of Sociology at the University of Cambridge and consultancy group I-Cubed, aims to better understand the black British experience and influence political change in key areas.

The Voice and the University of Cambridge held a focus group to help inform the campaign. Participants said they wanted to see greater positivity around creating change and a desire for collective action.

The ads show black business owners, teachers and other leaders within their fields demonstrating through a “tick” hand gesture that with collective action, a change can happen. 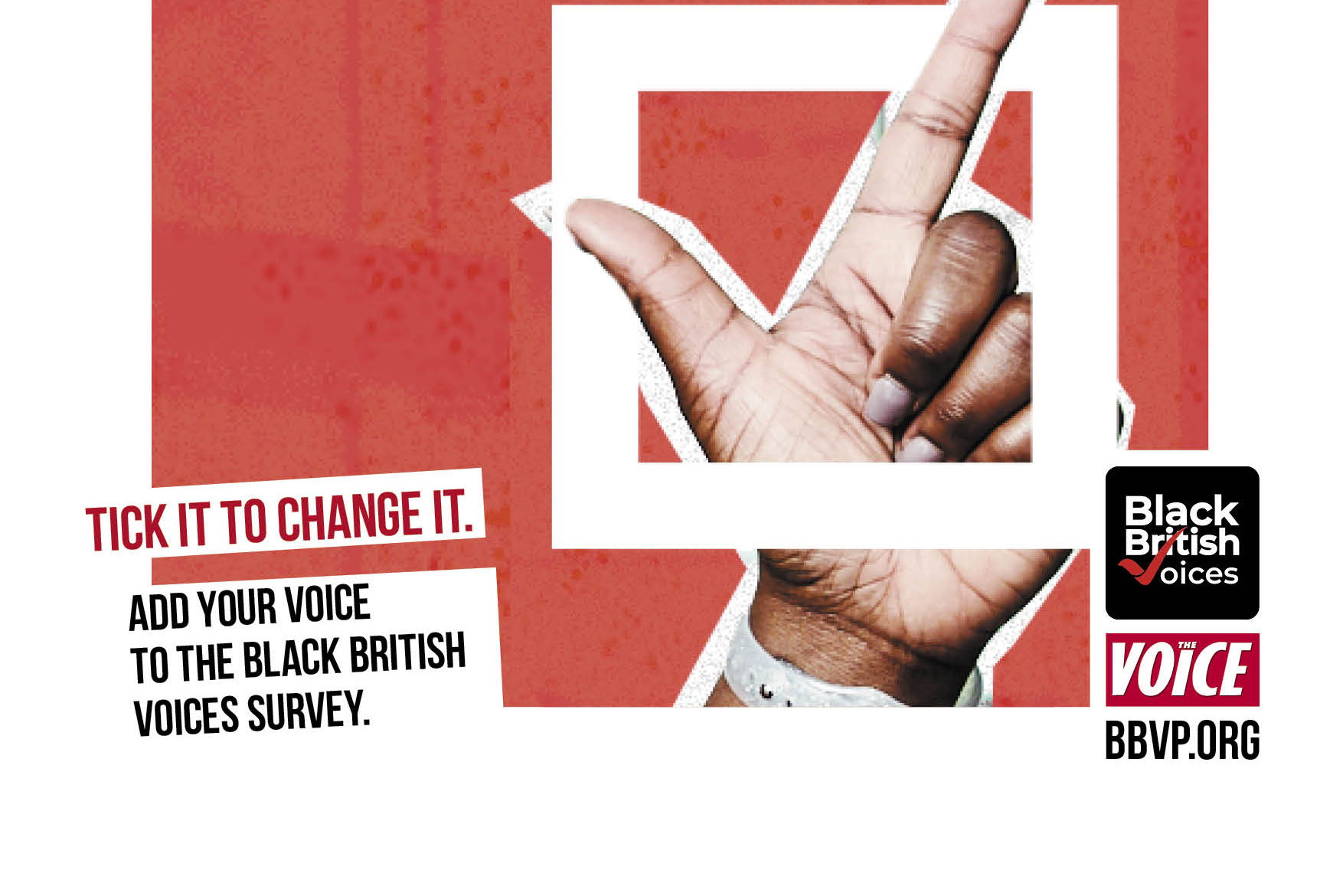 The ads highlight the different problems the project aims to change – from diversifying companies' boardrooms to getting fair representation in the arts to including black history in the national curriculum.

As part of the push, The Voice and M&C Saatchi are also working with the wider black community and young influencers, asking them to post a photo of the tick pose, in order to boost completion and extend reach.

Paula Dyke, senior manager, corporate affairs and communications at The Voice, said: “This first-of-its-kind research project is designed to investigate a significantly neglected area of contemporary life, namely the black British experience. Our aim is to use the findings to influence change and share the real lived experiences of black people in the UK.

“Working with M&C Saatchi, we’ve created a campaign that reflects what so many in our focus groups told us – that black people want to engage with a positive movement and come together to effect significant change in British society.”

The campaign will run across social and academia communications.

Annabel Mackie, managing partner at M&C Saatchi, added: “The campaign we’ve developed in partnership with The Voice and the University of Cambridge aims to create a movement among black Britons, calling them to come together at this pivotal moment in order to bring about change for themselves and those around them.”

History On Repeat: the London filmmaker fighting for justice and for black lives

Black creatives speak out against LinkedIn for removing posts

The industry wants wider diversity, so why is the entry point so narrow that I can't fit through?

Your media plan is missing a vital component