Ads target the one-third of young people in the UK who are not registered to vote.

Vote for Your Future has launched a campaign urging young people to "show you XXXXing care" and register to vote ahead of the European Parliament elections.

A series of ads, created pro bono by Creature, seek to address the fact that one-third of young people are not registered to vote. Vote for Your Future, a bipartisan youth registration and turnout campaign group, is rallying people behind the message that "every election is determined by the people who show up".

The slogan "Give a XXXX" will appear on posters, T-shirts, stickers, leaflets, social media and apps such as Bumble. The activity is backed by celebrities including Nish Kumar, Stephen Fry, Jordan Stephens and Gary Lineker. 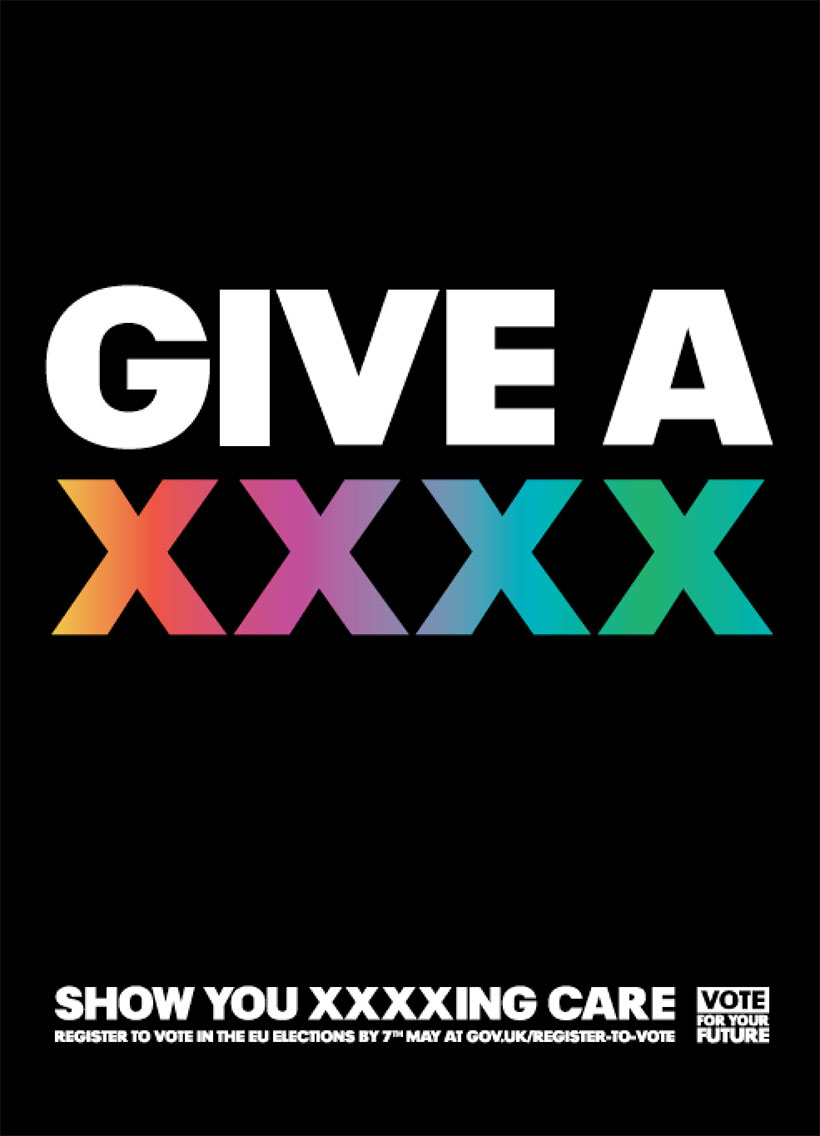 Lara Spirit, co-founder of Vote for Your Future, said: "No matter what outcome you want in the European elections, and in politics more generally, it's important that you vote. In order to vote, you have to register by 7 May. One-third of young people aren't on the register, while 96% of over-65s are. Every election is determined by those who show up – it's your future: vote for it."

Dan Cullen-Shute, chief executive of Creature, added: "You've probably noticed, but there's a fair bit of politics about at the moment. At Creature, we love a bit of that – and the chance to work with an incredible organisation like Vote for Your Future was almost too good to be true. Our ability to vote is an incredible thing – we want to play a part in making sure as many people as possible, whatever their political leanings may be, exercise it."

Lessons from the ads that captured the People's Vote march