Waitrose is celebrating the spirit of connection with its festive ad about a robin that makes its annual journey home for Christmas.

This year’s spot takes a more narrative approach than Waitrose’s 2015 Christmas ad, which featured people enjoying the holiday with products from the supermarket. It tells the story of a girl waiting for a robin to come home for Christmas. The bird goes on a perilous journey through snowy mountains and stormy seas before reuniting with its robin companion and sharing a Waitrose mince pie that has been left by the girl.

The ad is based on the real-life migration of a Scandinavian robin and the team worked with specialists in robin behaviour and anatomy to create a CG representation of the bird and map its journey.

The film is set to a soundtrack by Icelandic composer Jóhann Jóhannsson, adapting his track Cambridge, 1963 from his score for the film The Theory of Everything.

The ad was created by John Long and Matt Gay at Adam & Eve/DDB. Sam Brown directed it through Rogue Films, with post-production by The Mill. Manning Gottlieb OMD handled media planning and buying.

A 90-second ad will air on Sunday during The X Factor results show and in cinemas from Monday. Sixty- and 40-second versions will also run on TV for six weeks. A 3D version for cinemas, developed by Prime Focus, will launch in December.

The campaign will be supported by digital out-of-home, social media, video on-demand and digital display takeovers that show the robin moving through various vistas on his way home. MG OMD has also developed an interactive game around the robin’s journey for social and online channels.

Waitrose is also selling a children’s book inspired by the Christmas ad, entitled Coming Home and written by Michael Morpurgo, the author of stories including War Horse, Kensuke’s Kingdom and The Butterfly Lion.

The book, which tells the tale of the robin, will be available in all Waitrose shops as well as selected independent book retailers. The supermarket will also give a copy of the book to each of the 30,000 primary schools in the UK, except for Northern Ireland. It is published by David Fickling Books and illustrated by Kerry Hyndman. 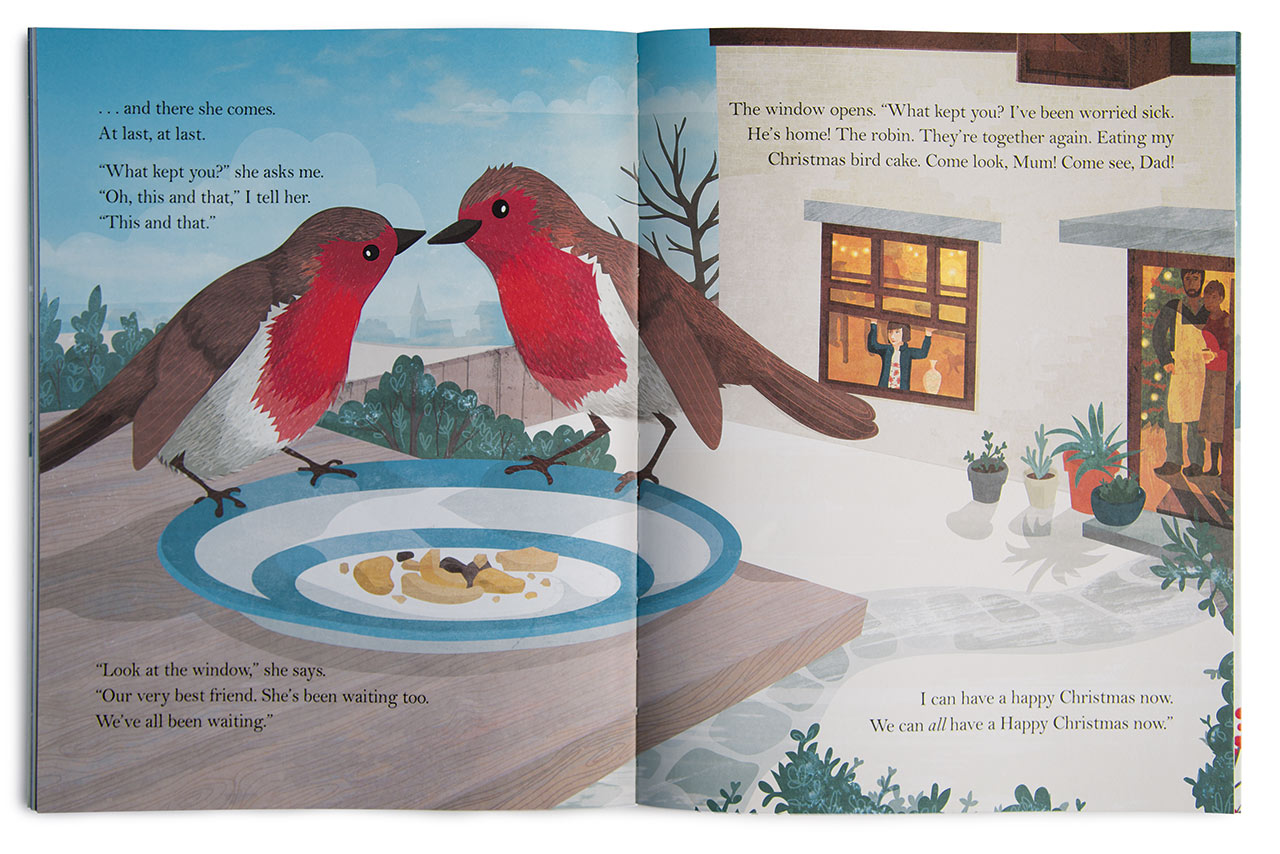 Rupert Thomas, marketing director at Waitrose, said: "Coming home is a central theme at Christmas when welcoming, hosting and providing a special meal for loved ones at the heart of celebrations.

"Sharing the best possible food and drink with family and friends is one of the great joys of the festive period and we hope that the determination of our robin resonates with viewers as they follow his journey back to where he belongs. It’s a story of love, courage and the importance of enjoyment with family and friends."

Boots spares a thought for women who work at Christmas

Aldi makes a carrot the star of its Christmas spot