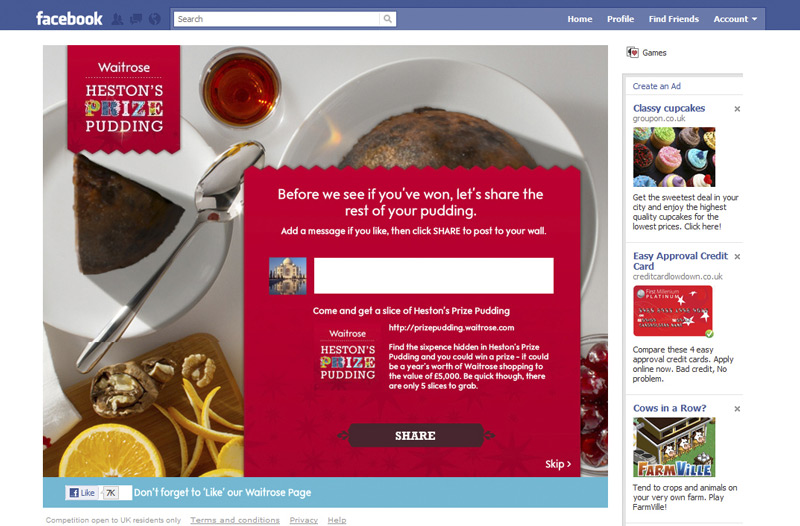 Waitrose is using social media to develop brand engagement and drive sales over the festive season.

The puddings give users’ Facebook friends the chance to win a year’s worth of shopping from Waitrose. The copywriter for the campaign was David Brown, the art director was David Bourke. Kitcatt Nohr Alexander Shaw has also redesigned the Waitrose Facebook page.

EBay "When you buy a thing, sell a thing..." by McCann London

Stand Up To Cancer "The moment you stand" by Nonsense

Dunelm "Dun your way" by Creature

Waitrose 'school of magic' by BBH

ITV & Waitrose & Partners "Summer on the Farm: An Extraordinary Year" by Wonderhood Studios

Waitrose and ITV "Pick for Britain" by Adam & Eve/DDB