Walkers is today launching an eight-week TV campaign coinciding with the first knockout round of the Uefa Champions League.

The ad, created by Abbott Mead Vickers BBDO, introduces the new platform #WalkersUnited and promotes the brand’s new resealable sharing packs, which are aimed at social occasions such as a night of watching the game. It features brand mascot Gary Lineker and plays with the long-running joke of Lineker being unable to share.

PepsiCo, Walkers’ parent company, signed a three-year deal in 2015 to sponsor Europe’s elite football tournament, allowing a number of its brands to make use of the relationship in their marketing.

The new positioning replaces the first set of messaging for the brand’s Champions League sponsorship, which was based around the hashtag #GameReady.

John Savage, UK brand manager for Walkers, told Campaign the campaign was about highlighting the role Walkers could play in occasions that brought friends and family together, and aimed to talk the conversation beyond the football itself.

He added that the previous platform had been about establishing the relationship with the Champions League, but that it now needed to evolve to maximise the opportunity from the sponsorship.

He said: "A year down the line it’s time for us to bring out some more engaging comms. We’re looking to talk to a broader audience. You won’t see us going down a diehard football fan route. That’s not our role. With the new positioning, the focus is very much on the fans."

Savage’s comments echo those of Carling brand director Jim Shearer, who last year told Campaign that the beer brand’s Premier League deal was "a means to an end" because it allowed the brand to be "a part of the most prevalent conversation in this country." 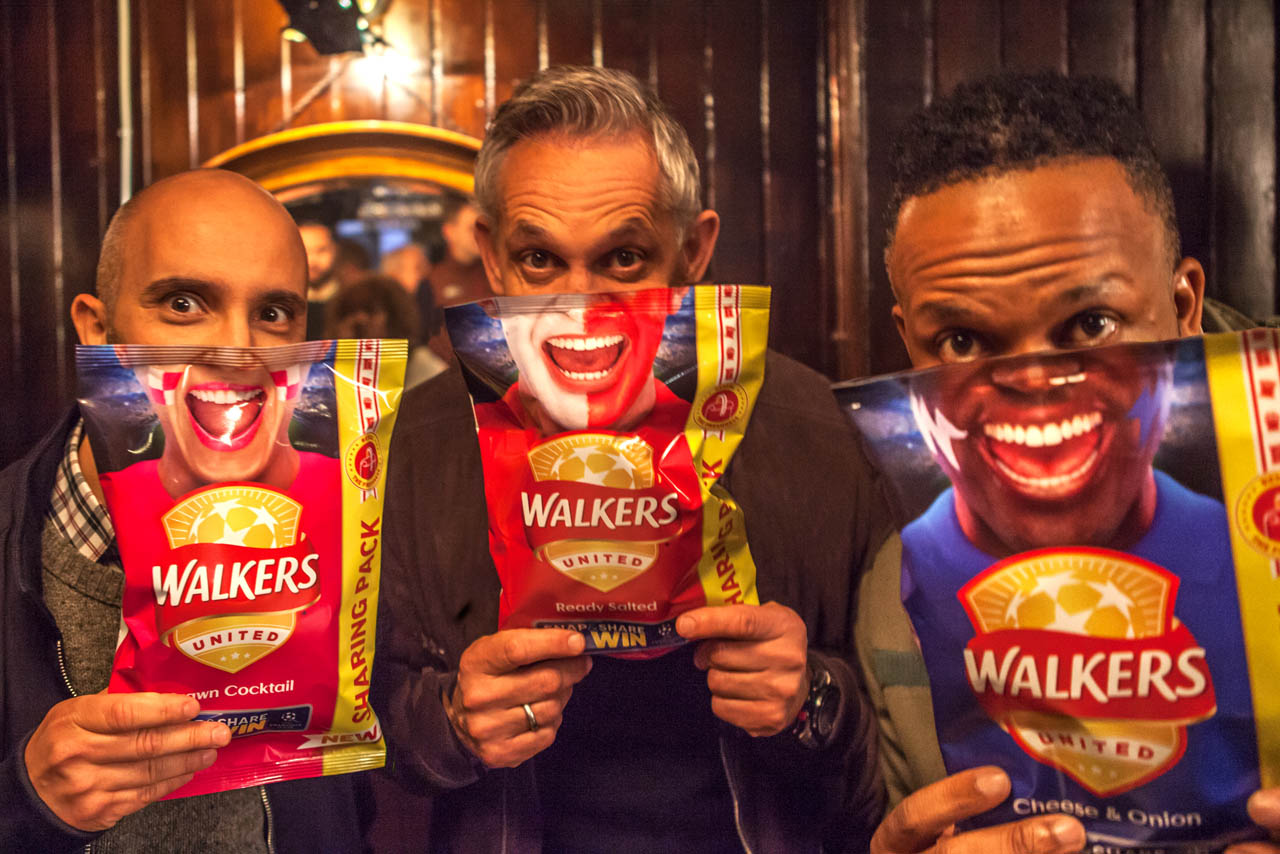 The TV run is being supported by an on-pack promotion. Promotional packs feature the lower half of a football fan’s face; consumers hold the pack to their own face, take a selfie and share it on social media with the hashtag #WalkersUnited.

Prizes include tickets to the knock-out stages and the final, PlayStation 4 consoles and Pro Evolution Soccer games, and official Champions League footballs made by Adidas.

"It does elevate on-pack promotions," said Savage. "The beauty of this campaign is it’s all about sharing something."

He said that the idea of putting half a face on a crisp packet had actually originated in Thailand, where it was nothing to do with football, and brought to the UK through PepsiCo’s marketing network. "That’s one of the beauties of working in an international organisation like PepsiCo," he said.

The current season is a special one for Walkers due to its close relationship with last season’s shock Premier League champions, Leicester City. The brand was founded in the city in 1948 by Harry Walker, while Lineker was born in the city and started his career at the club. Walkers was formerly the shirt sponsor of the club, and continues to be a sponsor.

Leicester City has impressed in their debut appearance in the Champions League, topping their group and earning a second round tie against Sevilla from Spain. But they have failed to repeat last year’s success in the Premier League, meaning they are highly unlikely to rank highly enough this year to be back in Europe next season.

Savage admitted that Leicester’s success could prove to be a once-in-a-lifetime turn of events, but insisted: "Everything has worked out brilliantly. I’d say that irrespective of how they get on domestically or in the Champions League we will be cheering them on."

PepsiCo and BBC reveal how they future-proof their brands

Carling to entertain pubgoers with football clips while pints are poured

Walkers gets saucy in Heinz tie-up