Original, effective ideas don't just pop, fully formed, into our minds; the thought process has to start somewhere, and is usually sparked by someone else's thinking, writes Mark Earls 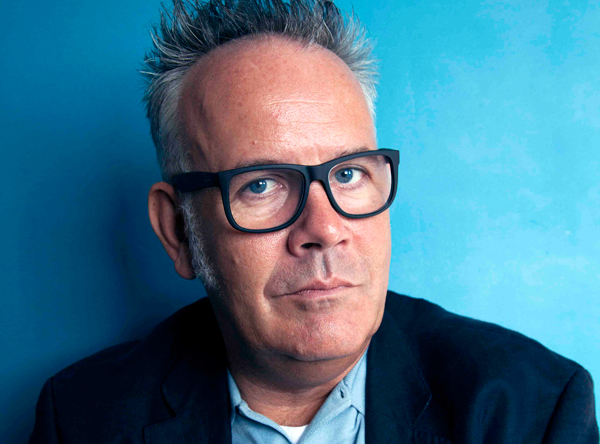 Consumer behaviour expert Mark Earls is a judge for the Marketing New Thinking awards. His book Copy Copy Copy - How to do Smarter Marketing Using Other People’s Ideas is published by Wiley.

Who’d have thought a cross-dressing ceramicist and conceptual artist from Essex would become an unofficial National Treasure? Grayson Perry’s bright and thoughtful art, the open way he talks about it and its roots in his life are disarming and engaging.

The way he discusses the making of art, creativity and originality provides a lot for marketers to chew on. In his recent Channel 4 series and his contribution to the 2013 BBC Reith Lectures, Perry argued for a different view of creativity from that we are usually exposed to.

We tend to think creativity is all about originality – shiny new things no one has seen before. Things that appear out of thin air, or from the mind of those with special gifts, or special drugs: flattering to those who make (and buy) the shiny thing, but challenging to the rest of us – unless you’re a) a genius, b) in close touch with the Muse, or c) both.

Perry calls out the lie on this. In his view, creativity makes use of stuff that already exists. "Originality," he says, "is for people with short memories." Make use of the stuff lying around to make something original, rather than wait for inspiration to strike or the Muse to return your call. All the great creative minds use other people’s ideas as their start point. Copying is the central mechanism of creative invention.

It has been claimed that only one Shakespeare play has an original storyline, Picasso insisted that "talent copies, genius steals" and TS Eliot believed that the way to tell a great poet from a good one is how, rather than whether, they copy.

All the great creative minds use other people’s ideas as a start.

Elvis Presley, whom Mick Jagger called "An original in an age of copycats", was just another covers artist; his wardrobe copied from Memphis street fashion by local tailor Bernard Lansky (ever noticed the similarity between his white, flared jumpsuits of the Vegas years and early-70s Earth Wind & Fire’s stage get-up?) Even Elvis’ hip-swivelling Hound Dog routine was lifted from a local band, Freddie Bell and the Bellboys.

Similarly, while I was taught at school that James Watt invented the steam engine (and thus the Industrial Revolution), he merely improved the performance of the Newcomen engine already in widespread use for half a century by adding an external condenser: the rest he copied over. Apple has learned that it is better to improve on what pioneers do than be the inventor. While IP law is fiendishly complicated, patent law accepts that improving an existing design counts as creating an original idea.

It’s not good enough to copy at random, picking ideas and strategies as we please (or what was popular at Cannes). We have to find appropriate solutions. This is why the most important question for marketers today is: "What ‘kinda’ thing is this?" What class of problem are you trying to solve? Where have you seen this kind of challenge before?

This liberates us from the Tyranny of Singularity – the working assumption that every problem is unique. Instead, "kinda" connects the marketing problem in front of us with lots of other problems, past and present. It also allows us to see lots of different solutions that work for all these previously unseen examples of "this kind of thing" – many of which will feel new or unexpected; none of which your competitors will have even begun to identify.

Professor Martin Elliott, one of the world’s leading paediatric cardio­thoracic surgeons, transformed the outcomes for the tiny babies in his highly specialised care at Great Ormond Street Hospital by defining the central problem to solve as a handover one (transferring care of the vulnerable patient from one set of experts with their tubes and wires to another in the ICU team), rather than a medical one. "What kinda" led him to Formula One pit stops as a thing to copy, and an invaluable collaboration with the Ferrari and McLaren teams.

Grayson would agree, I’m sure. If you want to create something new and original (and effective), don’t rely on genius or the Muse – just copy.

Why courage matters more in marketing than other careers

The future of design: will not be big-ego individualism

Google's Alphabet restructure shows it's desperate not to become Microsoft