New chief revenue officer talks to Campaign about the future of media, innovation under Jeff Bezos and attempts to build a digital ad network to rival the big platforms.

After joining The Washington Post as chief revenue officer earlier this year, Joy Robins has been kept very busy. At digital journalism innovator Quartz, where she held the same title, Robins was used to experimenting with new digital products. Her other senior media advertising roles, including as the BBC's vice-president of digital advertising, meanwhile, have also given her a solid understanding of clients' changing needs from media publishers.

But joining a tradtional media brand such as The Washington Post after it was purchased by Amazon chief executive and founder Jeff Bezos in 2013, she told Campaign Asia-Pacific, has been overwhelming – in a good way. "I've been surprised by the resources that we have, in terms of research and insights and product and engineers and development," she says. "I've spent a lot of my time looking at how to really make that work for advertisers."

Under Bezos' ownership, The Washington Post set up a research, experimentation and development team to tackle some of the thorniest issues in digital media, including ad-blockers, monetisation and user- and advertiser-friendliness. The team has since produced a suite of performance and adtech tools, housed under the newspaper's Arc Publishing division.

Among the things it created is a series of products called Zeus. The first one, Zeus Performance, focused on improving loading times and viewability. The second, Zeus Insights, focused on cookieless targeting and how to better leverage first-party data in a post-GDPR world. Then, in September, The Washington Post launched the programmatic Zeus Prime offering, allowing local advertisers to instantly publish on its platforms. This generated plenty of interest from trade press, which posited it could one day challenge Google or Facebook if enough publishers got on board.

Meanwhile, other media experiments continue, including a new way of consuming a newspaper through a large-screen TV app. Robins also continues to push for more revenue from subscriptions and advertisers outside the US. Currently, The Washington Post has 90 million readers in the US and 25 million outside it.

Campaign recently sat down for an exclusive interview with Robins (pictured, below) while she was visiting Singapore. 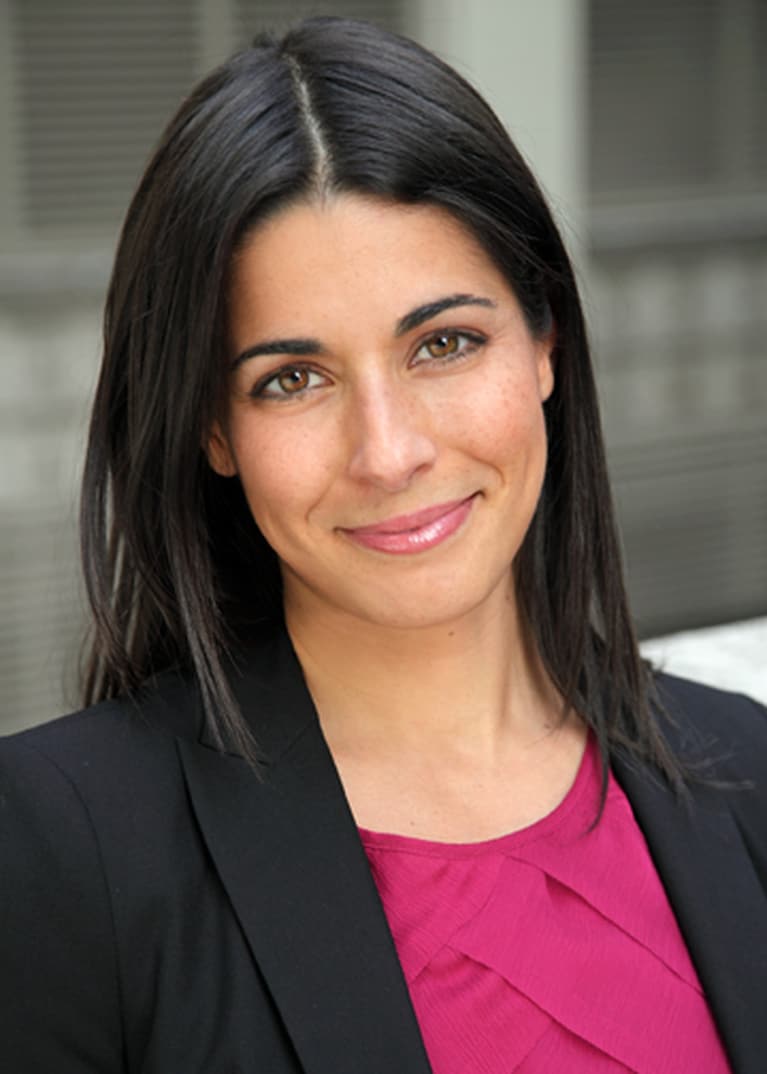 Free digital content has slowly been killing many news publications globally. Which publishers will survive and which won't? What will be the turning point to a healthier industry?

This incredible transformation has happened in news over the last six years. In 2012, a lot of people looked at traditional media companies, particularly those in news, and declared their potential end – and I think fairly. They were slow to adopt reader behaviour and technology. And so you had so many digital upstarts who really took advantage of the open social web, who really studied platforms and didn't have a legacy business model to protect.

And I think over the next three years, you started to see challenges like misinformation when things were left unregulated and platforms changed their algorithms to favour more trusted content. You saw so many of those digital upstarts be impacted, because their business models relied solely on advertising revenue. It served as a bit of a renaissance for more traditional media companies, who over that period really focused on what those digital upstarts did well, leaning into technology, really thinking about the reader, their habits and a user-first mentality. The paradigm started to shift again with some traditional media companies emerging stronger than ever.

So, yes, there is a narrative of free content having a catastrophic impact on the industry, but I think we're really seeing a byproduct of that lack of trust and search for quality really turn the tide. Publications who have developed loyalty, who have consequential fact-based journalism, who continue to innovate and ultimately have a subscriber base, will be the ones to continue on.

We’re at an inflection point where Apple, Amazon, Facebook and Google are starting to offer more monetisation options for news publishers. How much will platforms be willing to contribute?

I think it's been a great trend to see that there is a recognition of some responsibility on behalf of the platforms to fund consequential journalism. The one thing that we all remain cautious of, though, is you [as a publisher] can't make it your only source of revenue. If you do decide to go down that route, it has to also be in service to your readership.

In the early days of this model where platforms are paying publishers, it resulted in some publishers completely pivoting the formats that they were offering, purely because they saw a short-term revenue opportunity and not necessarily because it's what their readers wanted. We're delighted to see it, but I don't think it's something that we would solely depend on.

What’s the advantage of having Bezos as an owner?

I think it allows us to think long term, especially being privately held. We aren't dissuaded from innovating – there’s a mandate for us to do it – and where Jeff does get involved is really in the innovation of products. He doesn't get involved in the commercial or editorial aspects, but subscribers and product are really two areas that he keys in on and I think it's really helpful to have that outside perspective. 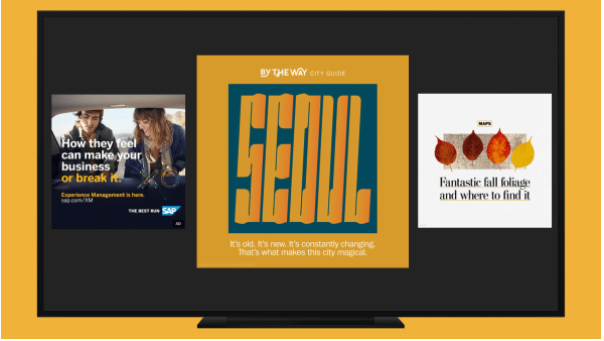 I think so. Newsreader is that particular case where we see more connected TVs, voice-enabled interface and OTT applications. So Jeff asked: "What do you think that The Washington Post is on a large screen? Don't tell me it's video, but what could that user experience look like?" So where we find other areas to continue to evolve, yes, you can expect that. But we won't just pop up products to say that we launched something new. There has to be real user implication.

What about commercial synergies? Are there ways to tap Amazon’s goldmine of advertisers?

No. We do see why Amazon is thriving by focusing on knowing your consumer and first-party data and the user experience. We take cues from that, but I don't see us combining forces. We are definitely very separate businesses and we do quite different things. We are a content publisher focused on telling stories, which perhaps is relevant to a business like Amazon Prime and its entertainment arm. But Amazon overall is a very different user proposition and advertisers are going to work with us for different very different reasons.

So while many welcome Amazon as a strong competitor to the Facebook/Google duopoly in digital advertising, The Washington Post’s new Zeus Prime programmatic service remains completely separate from Amazon, is in early stages and remains very local. But what has been the initial reception and how big are your ambitions to grow it?

Basically, Zeus Prime leverages a self-serve platform where you can ultimately create an account, look at the type of audience that you want to target by demographics, interests, type of content they consume. You can take your creative that you're running on Instagram and import it into a custom format and render it on the site. You can use your credit card to do it, so it's easy for small advertisers, whose only opportunity to this point has been the platforms, to now guarantee premium placement on a premium website. We're seeing from early tests how these outperform standard banners quite significantly.

We're working with it exclusively at the local level. We reach over 90 million uniques in the US and 25 million outside the US. But within Washington is a heavily concentrated area. So we've got a lot of local retailers who are looking to target audiences and really care about outcome-based marketing. We now have about 20 brands leveraging Zeus Prime.

We have a ton of inbound interest nationally and internationally. Arc Publishing, in particular, just if we were to look at the customer base, you know, they have over 190 sites that they're powering right now. So this is a really easy tool to implement via those Arc sites, but we've seen non-Arc partners be interested as well.

The idea is over time, after 2020, those publishers who we onboard with Zeus Performance, we’ll then leverage Zeus Insights and then ultimately create a premium network with the intention of competing against some of the platforms with a network of really quality, trusted performant sites. It’s something that the industry has been asking for, for some time now. And so it's the frictionless ease of use and the guarantee of your ads being seen with quality publishers and ultimately supporting quality journalism.

To take back the power in the publishing landscape and feel stronger together with demand coming from marketers in a way that actually provides better yield at the end of the day is the intention.

Now that you have Zeus Prime, to what extent do you work with brands directly versus media agencies? How is your relationship with media agencies changing?

The media agency relationship and publisher relationship is changing very much. Not worse or better, just different. The relationship between media company, agency and client should equal more than the sum of its parts.

The one truly differentiating thing I think publishers like The Washington Post have for marketers are those insights from loyalty at scale, the resources that we have, in terms of research and insights and product and engineers and development.

So we have a lot we can bring to agencies. We don't just simply want to go to them to ask them for briefs. It's how do we actually collaborate on the clients' business challenge together and I think the media agencies are clients in their own right. They have business objectives and want to remain competitive, so how do we think about helping them?

Amazon at 25: five ways the online giant is calling the shots

Tech patents spell the future of advertising. Are you reading them?

We have hit peak Apple

Guardian's David Pemsel: 'We're sure of our strategy and won't let tech giants disrupt us'