Wavemaker is placing a big bet on its consumer journey management expertise making it the adviser of choice for its clients. Global strategy chief Stuart Bowden explains why.

On first inspection, last year’s merger between Group M’s MEC and Maxus networks appeared the kind of agency rationalisation at which WPP had specialised over a number of years: combining resources, maximising efficiencies, giving it a fancy new name and – Bob’s your uncle – here’s a new network.

Yet, in light of Sir Martin Sorrell’s departure and subsequent speculation over WPP’s next moves, the Wavemaker model may offer some more interesting clues about the future of the media agency as envisioned by Group M.

A decade of developments in attribution modelling and digital ad measurement has made agencies more confident that they can understand when and why a consumer chooses (or chooses not to) make a purchase. With brand marketers’ investment choices under scrutiny from boardroom colleagues, Wavemaker’s leadership team decided it was right to focus on helping clients to get the best value from every pound or dollar they spend.

Meeting Campaign at the top floor of Wavemaker’s Sea Containers home on London’s Southbank (see photo, below), Bowden raises his voice to be heard over the strains of Toto’s 1982 hit Africa, a song that was dominating the airways when the original media agency model was just beginning to take shape. "Marketers are trying to buy business growth [but] it felt like we had lapsed into this relationship where the buyer and seller weren’t dealing on the same terms, and it was weakening the CMO conversation in the boardroom," he says.

Rather than offering purchase journey insights as an additional service layer for clients, Castree and Bowden opted to make the customer journey central to the way the agency operates – or, in Bowden’s own words, moving it from an "abstract, theoretical construct" used by every agency in town, to trying to make it a "practical, navigational planning centrepiece" in its client relationships.

Of course, any such emphasis on analytics requires vast quantities of data. Luckily for Wavemaker, its predecessor agency MEC had begun assembling 3,000-person quantitative surveys examining consumers’ purchase decisions. "The heavy lifting had already been done in our business by mistake, when we had started running momentum surveys five years ago, stepping back through [a consumer’s] process to see what they thought they were going to do before they started and what they ended up doing," he says.

As a result, the network is already in possession of 400,000 of these sales journey case studies. By the end of the year, Wavemaker aims to reach a million completed surveys – a resource that Bowden bullishly describes as the largest single source of consistent data on how individuals buy "by a country-fucking-mile".

To actualise this vision, it has required a radical – and not unpainful – restructuring of Wavemaker’s 8,500 global employees, Bowden reveals: "Both Tim and I felt frustrated that the way agencies work is fundamentally unchanged from when we first came into the industry, and arguably far further back. We’re still working on the basis of identifying a target audience, trying to rank touchpoints on reach and effectiveness, and then to buy as aggressively as we can. That felt unsatisfactory."

Taking the UK business as an example, where Wavemaker had more than a dozen different departments, it has been streamlined down to only "four or five" divisions to avoid the "baton passing" that occurred previously. This led to the creation of "generic" media plans that bore little resemblance to the ambitions outlined by clients at the start of the process.

Staff from disciplines including strategy and AI now sit within a broader division called "Journey Design"; those responsible for buying reside in "Journey Activation"; and technology, platforms and partnerships specialists sit within "TAPP". It has been a "radical simplification", say Bowden, and one he argues has made life easier for clients.

"We were making it far too hard for clients to navigate and far too hard for our own people to navigate multiple briefings and ways of doing things. This is an effort towards a simplified way of working, in which we all come together to focus on growth opportunities as identified by the purchase journey," he says.

At the heart of this focus on customer journeys is a new operating system, called "Rapid Growth Planning" (RGP), through which strategists can mine datasets to base media investments on empirical evidence, rather than muscle memory or gut feeling. "The deeper you can look, the more robust your decision becomes. It’s not about the latest hobbyhorse, what we did last year or personal preference," Bowden says.

He admits it required a major "re-skilling task" to ensure even the more senior strategists are comfortable using RGP and accessing relevant customer journey data via Wavemaker’s new workflow platform, provisionally named "Etch", which he describes as more akin to Slack than a conventional data management platform.

Though considered and eloquent, Bowden is not afraid to raise his elbows and take a dig at the opposition. With Publicis Groupe having very publicly spent huge sums on its Marcel platform, he pointedly remarks that all investment in RGP and Etch has focused on ensuring the right outcomes for clients.

"We were careful we didn’t want to spend millions on building a heavy user interface – the money for us has gone into the data and the key tools themselves. Almost all our investment, easily $5m-plus this year, is in making sure that the underlying data flows is of the right quality," he says. 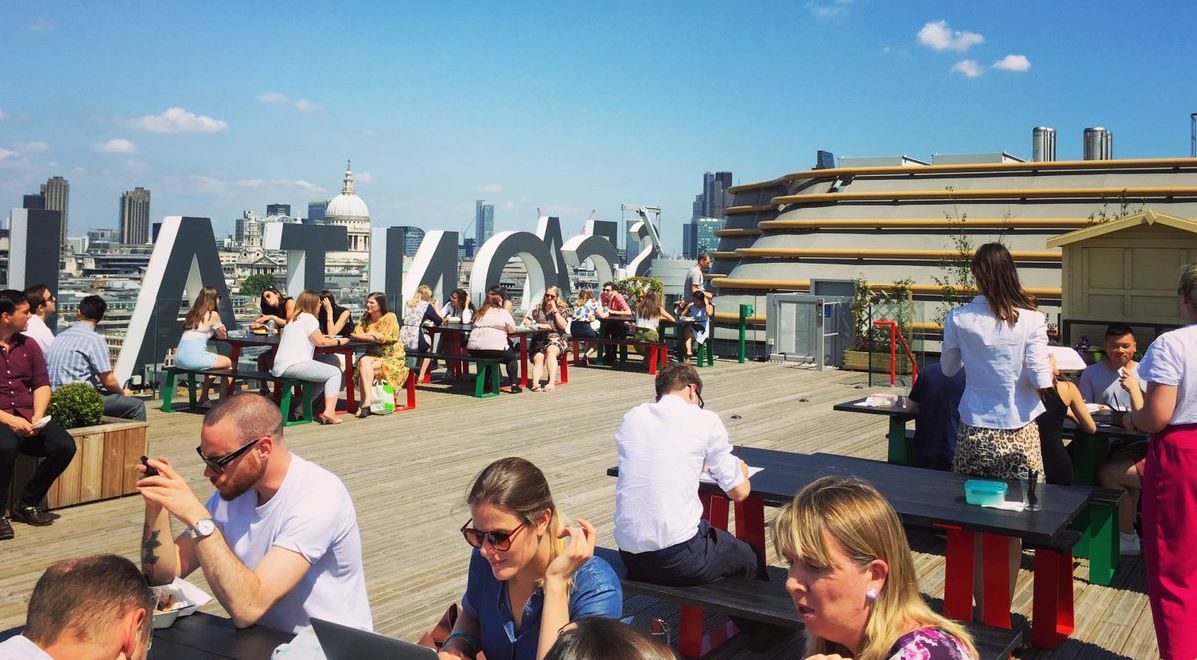 As it stands, RGP is largely based on data that Wavemaker has collected itself, along with information from WPP’s brand value consultancy BrandZ. However, other cross-WPP alliances – including low-profile collaborations with Wunderman and Grey – hint at a more open (if GDPR compliant) approach to come, notably in light of Group M’s investment in its [m] Platform user identification system.

As well as improving the efficiency of driving purchases and downloads, Bowden says Wavemaker intends to help brands with the "mid-funnel" challenge that lies somewhere between brand-building and last-click conversion – and in doing so capitalise on a divergence in the agency landscape, with "Adam & Eve on the one hand" and "hard performance businesses" on the other.

"[Clients] know how to make great ads, they know how to optimise their search. The mid-funnel bit – nurturing potential customers over time, those traditional skills of full-service marketing – that is a difficult middle territory for a CMO to stand up for because you can’t show quarterly numbers or ad trackers," he says.

This kind of talk will put Wavemaker on a collision course with the much-feared consultancies, which have earned hard-won credibility in the area of customer journey management, especially in the digital sphere. It might also pooh-pooh any incursion by an agency whose raison d'être has been to solve business problems through the power of media, be it paid, earned or otherwise.

Bowden accepts that this has been a "historical starting point" for media agencies, but insists that this focus on a "single task", namely to help clients make better decisions about where to invest budgets, has developed an expertise in an area of huge value to marketers. He also argues that management consultancies’ digital capabilities may even prove a hindrance.

He adds: "I certainly think the consultancy threat is real, but they have a different challenge. I think they see a smaller part of the world than we do. If you speak to most management consultants, their area of play is almost entirely digital. They are interested in advising on ad tech stacks [and] how you work with data provisioners. Even then they are not focusing on the brand effect.

"I would see them almost more as ad tech and performance businesses, and that is a relatively reductive position to be in. They might run out of road quicker than they think."

The road has also proved to be bumpy for Wavemaker. Our conversation was taking place before news broke that Vodafone, one of the network’s biggest clients, was moving its digital media buying in-house with the assistance of performance agency Brainlabs. In a subsequent article in Campaign, Wavemaker UK chief executive Paul Hutchinson attempted to paint the move as an "opportunity" for the agency, and it is understood that the network continues to use RGP to optimise Vodafone’s media plans.

While Bowden insists that Wavemaker is on a "multi-year journey", such jolts prove that the construction of long-term agency strategies is fraught with danger in a deeply volatile and unpredictable market.

The complexity of the RGP idea is also proving challenging. One industry figure with a closer view - who did not wish to be named - worries that the concept feels as though it has been "invented in the dark", and that will prove a "struggle" to sell to clients, especially with other agencies putting forward "much clearer narratives".

Meanwhile, ID Comms' co-founder and chief strategy officer Tom Denford warned Wavemaker faces a tough balancing act between having capabilty to think like an agile startup while acting like an established and influential agency leader.

Denford told Campaign: "There's a big risk they get caught between the two and deliver neither well; they don't play enough to their heritage and strengths and don't feel innovative and fresh. This would be a missed opportunity, you don't get to design a new media agency every day and there is lots of room for differentiation still.

"Year 2 for Wavemaker will be critical to show that this new approach can win new business for the agency."

And with a new WPP chief executive expected to be appointed in the coming months – arriving with his or her own ideas – the question of whether Castree, Bowden and co are given enough time to execute and refine the plan is quite another matter. This particular bet could still go either way.

Seven in 10 failing to invest in media training

When clients like Vodafone go in-house, agencies have an opportunity