Natalie Cummins may be unassuming but the chief executive of Zenith has every reason to be proud, having returned some much-needed swagger to 2020’s Media Week Agency of the Year and had her own success at the awards, where she won Media Leader of the Year.

Natalie Cummins, chief executive of Zenith, is trying to wriggle out of this feature. Or at least step to the side of the shot so there’s enough room for her managing directors to stand alongside her. Traditionally, media agency chief executives chase down profile opportunities like they’re marketers with a £50m budget but that is not Cummins’ style.

It is fitting that Cummins claimed Media Leader of the Year at the recent Media Week Awards at a time when the ceremony had to take place online. She wouldn’t have relished the lonely walk to the stage through the usual rowdy and refreshed crowd in the Grosvenor’s Great Room. Cummins’ unassuming persona used to be matched by Zenith’s demure industry presence but, paradoxically, the agency has developed a swagger since she took over as CEO. It, too, emerged victorious at the Media Week Awards, where it won Agency of the Year.

As Cummins puts it, “success begets its success”. Since moving to Television Centre in 2019, Zenith has flourished, unlike some of its sister agencies. It has won pitches for Disney, Three Mobile, Macmillan Cancer Support and TikTok and retained clients such as RB and Staples. As Campaign went to press, two additional pitch results were outstanding.

“I think we used to go into pitches just wanting to prove that we’re competent and that we could do a good job,” Cummins says. “We went in almost with the plucky-loser mentality from the beginning and we just kept coming second. Now, we go in believing we can win it. The humility is still there but there’s new-found confidence.”

Key to this approach are Cummins’ MDs, Sannah Rogers and Jon Stevens, both of whom previously worked in business development positions.

“You can only do so much when you’re in a new-business role because the content has got to be there,” Cummins says. “When [Rogers and Stevens] moved into Zenith management it was a winning formula for us because they could take everything they knew about what wins and what loses, and apply it, because they were the people delivering it.”

Cummins is effusive in her praise for the duo. In fact, she says she accepted the job as CEO only because she knew she would have the pair at her side.

When Publicis Media’s UK chief executive, Sue Frogley, offered her the Zenith CEO role in 2018, Cummins had been managing director for two and a half years. She says she was “a bit frightened” she would be taking on too much, as a lone parent of three children. “Then I decided that if I’ve got those two I feel safe. We can take risks and go on a bit of an adventure,” she says.

“All of us really want the agency to do as well as possible and we’re really happy to shout about the stuff that we’re doing,” Cummins says.

Many of the group have worked together for more than a decade. Cummins rejoined the agency she started her career at in 1998 when she was fresh out of Cambridge University, in 2006. Rogers joined Zenith’s digital shop Zed as a graduate in 2001. Mulrenan joined the TV department in the same year. Skelding arrived in 2005 and Stevens has been at the group since 2006 (Correa and O’Riordan completed the line-up in 2019). This intimacy came in handy this year when connectivity issues threatened to derail virtual pitches and they had to finish each other’s sentences.

The new clients have helped “change the shape of the agency”, which, historically, has had a focus on major corporates, by bringing in new talent and broadening the opportunities for staff.

That is not to say Zenith has deprioritised its existing relationships. Cummins has continued the work of her predecessor, Mark Howley, who steadied the ship after a couple of difficult years, before being promoted to chief operating officer across Publicis Media. “Mark taught us everything we know about how to have a happy client,” she says.

David Wheldon, chief marketing officer at RBS Group until he retired this year, was certainly a happy client. He says that when he started his role at the owner of NatWest five years ago, Cummins was one of the few agency executives to be honest with him about the state of their relationship. She also had a frank conversation with him about how media agencies make money in digital, amid the storm that followed Procter & Gamble chief brand officer Marc Pritchard’s intervention in 2017.

“I massively value people who tell you what the problems are and Natalie does it in a classy way,” Wheldon says. “I never once felt neglected because she was doing new business, and she handled the office move brilliantly. She won’t like all this recognition but she’s built an infinitely better team. Zenith did well under Mark [Howley] but are even better under Nat.”

Annette King, chief executive of Publicis Groupe UK, is also a big fan. King says Cummins “really gets” Publicis’ Power of One proposition, and its creative agencies love working with her. “She has a great mix of hyper-intelligence and clarity of thought,” she adds. “She doesn’t come in with an answer [like some media practitioners] and can be part of a team. She’s very low ego.”

This low ego has informed Cummins’ approach to the complexities the pandemic has brought this year. Some all-agency video calls lasted longer than two hours because of her commitment to answering all staff questions there and then – from “Why are you wearing that top again?” to “Can we have a party when this is all over?”

Cummins plans to mark the Agency of the Year win remotely but also hopes to do something in person once it is safe.

Zenith also took an open approach with clients asking for assistance during the pandemic. Cummins credits Rogers with devising the line: “It’s no good if we fall over trying to help you to stand up.” Marketers who wanted to decrease their adspend or headcount had to agree to offer Zenith something in return – the SEO brief that had been handled by another agency, for example, or more favourable contract with the malus removed. Zenith has reaped the rewards. Cummins will not comment on revenues but says the approach has “helped keep the agency healthy”. 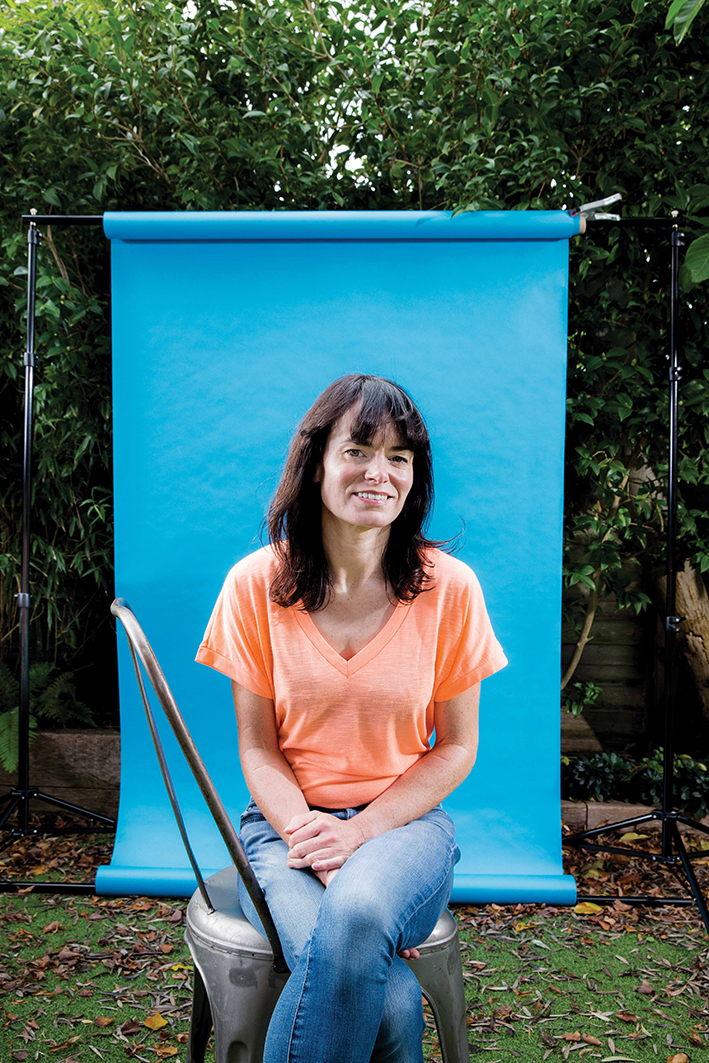 Cummins’ achievements are impressive by any measure. But the fact she has reached them so soon after losing her husband, Karl Guard, is astounding. Guard, who was head of strategy at Zenith, killed himself in January 2016. Cummins says that when it happened many people – including her parents – assumed she would give up work to focus on the children.

“But I was MD at the time,” Cummins says. “And I felt, I’ve worked for this. What am I going to do? Become a stay-at-home mum and just watch my money dwindle away? Because it’ll dwindle to nothing at one point, and then the children will be teenagers and I’ll just be really pissed off.

“So, I decided to go back to my job. I got myself a very good nanny and I just thought, it actually sets a really good example for children that bad things can happen to you but they don’t need to change your life. Give yourself time to process what happened but there’s no reason why you can’t continue to go after good things.

Cummins was the “standout winner” of Media Leader of the Year, says Lorna Tilbian, chairman of stockbroker Dowgate Capital and one of the Media Week judges. “From a backdrop of personal and professional adversity, she wiped the floor,” Tilbian explains. “A single mother of three with an agency whose best days were behind it, she turned it around and into a winning machine with enviable financials. A truly great ambassador for our truly great industry.”

If the past few years are anything to go by, Cummins will have to get used to the spotlight. While it’s fantastic that Zenith is more confident again, perhaps Cummins, too, should develop her own personal swagger, so she can relish that walk to the stage, knowing she deserves her place on it. 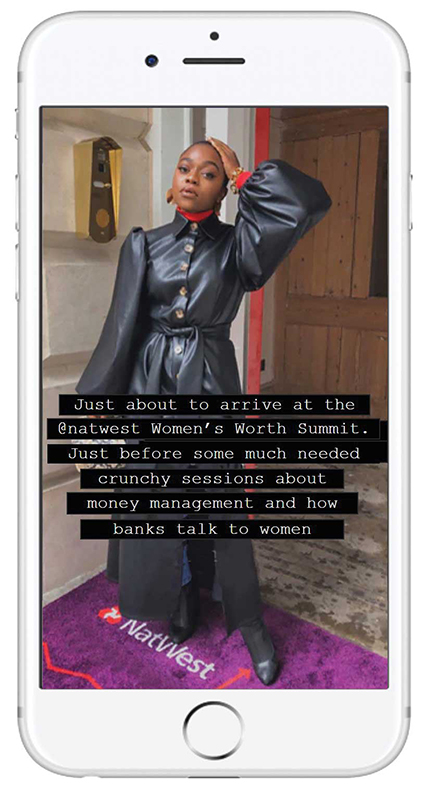 Managing directors Sannah Rogers and Jon Stevens’ experience of new business has been crucial to Zenith’s achievements in the past couple of years.

Cummins recommends that agencies “in a bit of a rut on new business” should look to their business development people and move the “stars” over to general management. New business directors used to often climb to MD but that route has lost favour in recent years.

Rogers says: “Coming from our respective backgrounds, Jon and I have brought that focus to the new management team. We are really all committed to driving growth and new business.”

Being a true partner for clients

At the start of lockdown, Zenith brought its clients together – virtually – so they could confidentially share how they were navigating the challenges the pandemic had brought.

“Very quickly – because it was CMOs chatting to CMOs – they were chatting about how they were managing furlough and their staff,” Stevens says. “Allowing our clients to have a peer-to-peer conversation probably added a lot more value than if we were just having a one-on-one conversation client and agency together.”

Subsequent sessions have included one on 2021 planning and – at the request of a client – navigating Black Lives Matter, both internally and in communications.

Even accounting for all the new-business success, Stevens says it is Zenith’s client satisfaction (TRR) scores of which he is most proud: “The fact that our client TRR scores are higher than ever, is testament to every single person in the agency.”

Cummins also highlights the role of awards in Zenith’s achievements. Previously the agency focused on doing a good job for its clients, she says, and didn’t think much about how its work was viewed by the industry. 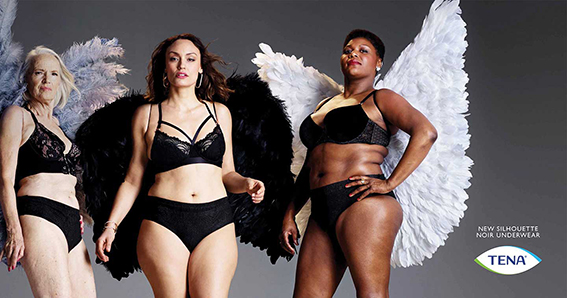 Rogers agrees, citing the Media Week Agency of the Year gong as the thing she is most proud of. “It’s an easy way to say everything” she laughs.

Zenith wins Agency of the Year at 2020 Media Week Awards

How brands can cope better in a Covid world