Dance with the Red Bull Music Academy in Manchester, drink at the Moët Academy in London and transport yourself to Hogwarts with MuggleNet's first Harry Potter expo.

The Red Bull Music Academy Tour will end its series of UK events at Manchester this weekend. Participating venues include Soup Kitchen, Albert Hall, The Ritz Sankeys and guests can expect performances from the likes of Tropical, Deep South, Derrick May and Surgeon.

Experiential aspects of the tour include a Dr Me's exhibition Jacket – an exploration into record sleeve artwork – and In Conversation with Skepta, a Q&A session with the underground artist.

Where: Various locations in Manchester 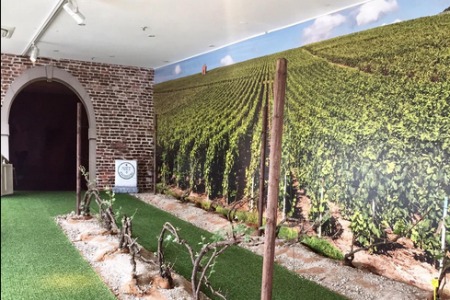 Moët & Chandon launched the Moët Academy on Monday (13 April), an immersive brand experience that is designed to educate consumers about how its wine is made. Hosted at The Oxo Tower, the activation features a real vineyard transported from France and a replica of the French champagne house’s cellar.

Following a tour of the vineyard, guests are led to a wine tasting experience delivered by Masters of Wine, Peter Richards and Susie Barrie. Four wine varietals and matching canapés will be on offer to sample.

Harry Potter fansite MuggleNet is hosting an event for lovers of Hogwarts and beyond at the Excel Centre, London. It promises Potter-centric stalls and presentations, along with special guest panels featuring Harry Potter actors Warwich Davis and Natalia Tena, among others.

JK Rowling’s charity, Lumos will also activate at the event with a photo booth. Photographer Erik Meijer and his team will be on hand to capture photos of delegates with special guests that will printed and presented in a custom sleeve. 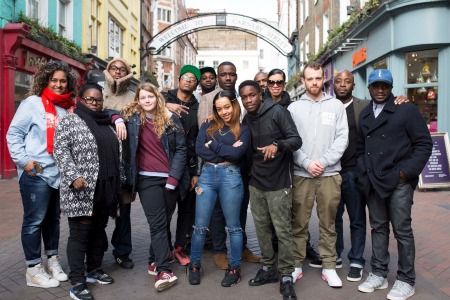 Shaftesbury PLC-owned retail zone Carnaby will re-open the hip-hop record store Deal Real as a pop-up event space on 18 April. The store, which closed in 2007, will act as a space for weekly music events, with UK rapper Kano launching the first of these sessions when the store opens on Record Store Day.

Located on 14 Newburgh Street, the shop will showcase work from some of London’s undiscovered visual artists, musicians and fashion designers throughout its tenure. A photo gallery will display memorable moments of the store’s history, along with previously unseen archive footage of performances from the likes of Example, Professor Green, Kanye West and John Legend.

California Soul at the Royal Academy

The Royal Academy in London will be transformed into a 1970s Beverly Hills for its upcoming ‘late’ event. Held on 18 April, the party is inspired by Richard Diebenkorn’s Ocean Park series, which he painted from his beach front studio in Santa Monica.

Club Yacht Rock DJs and DJ Supermarkt will provide 1970s smooth classics, while folk singer-songwriter Ellie Rusbridge will perform in the Sackler Wing. Street Artist Darren John will create a Venice Beach-inspired mural in the Front Hall, Illumina will be showcasing meditative kirtan chanting and Winstan Whitter will deliver a talk on the emergence of skateboarding in the sunshine state.

Guests are encouraged to wear denim, although a 1970s fashion dress-up space will also be available to discover.

Thank you for the music, Red Bull