In a business that's all about people, there's the problem with people... welcome to the backlash against the backlash.

In 2018 the crack that you heard, which you may have thought was the glass ceiling giving way, was actually the sound of concrete setting. Leaders publicly espousing the importance of diversity in the creative industries were at risk of appearing little more than nodding dogs; agreeing vigorously while steadfastly following the same old path. Employing the same types of people, despite extolling the virtues of diverse "talent", all the while seeking out the same world view and wallowing in unabashed nostalgia for "the good old days".

The "Who are we?" report from the Advertising Diversity Taskforce revealed that 31% of the industry’s senior leaders were privately educated, compared with the national average of 7%, and only 8% of senior leaders come from black, Asian and minority-ethnic backgrounds. Despite the industry’s focus on diversity, only half of agency employees think companies go out of their way to hire diverse talent.

Meanwhile, the IPA has cited privacy and confidentiality concerns as preventing it from naming individual agencies in its annual agency diversity tables for Campaign. The overall data paints a picture of incremental change, with the proportion of employees from a BAME background at IPA member agencies at 13.8% up from 12.9% in 2017. The percentage of women in C-suite roles is also progressing slowly, at 32.7%, up from 30.5% in 2017. 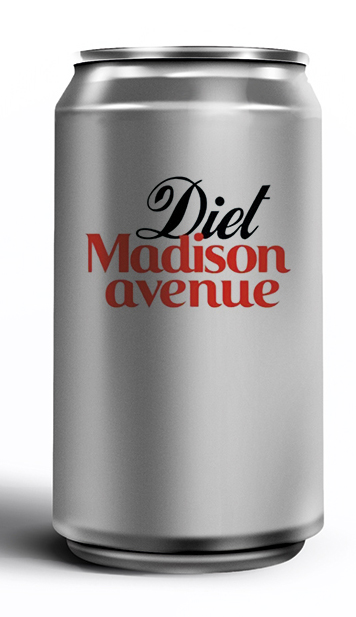 Questions remain as to whether this pace of change is keeping up with society at large. From the #MeToo movement to the impact of the extreme transparency ushered in by the likes of Fishbowl, Glassdoor and the suspended Instagram account Diet Madison Avenue, business leaders are being forced to consider experiences of the world they had never previously recognised, let alone understood. In the wake of this, a backlash against diversity and inclusion is in full swing – advertising has a people problem.

It is an ecosystem where instead of tackling the problem, we skate nervously around the edges. It’s far easier to dismiss a view counter to our own as "virtue-signalling" than to accept the challenge presented by seeing the world through a different lens. It is focusing the discussion on issues such as whether it is acceptable to add a kiss to the end of an email now, rather than questioning the endemic use of non-disclosure agreements to cover up and enable sexual harassment carried out by serial perpetrators that has thrived unchecked over decades.

Then, of course, there is that omnipresent message that "Debbie Downers" need to "cheer the fuck up". Because, yes, even in 2018, it was the women in advertising that needed to be silenced.

Yet in Brexit-battered Britain there is perhaps nothing more commercially and culturally vital than showing that the creative industries are an open and inclusive space. That this is a space where the best people – regardless of class, age, race, physical ability or gender – can thrive.

Rather than being a "downer", this is a challenge the industry must embrace wholeheartedly. After all, is there anything more negative than not believing in our own capacity for change, that the industry can be better, more inclusive, more creative and curious in its outlook? Self-improvement doesn’t necessitate self-loathing.

Nonetheless, the uncomfortable truth remains that many in the industry have already retreated into the comfort of proclaiming "it’s all gone too far" before meaningful change has even got off the ground.

If 2018 was the year in which the industry held a collective mirror to itself and revealed some ugly truths, then 2019 must be about something different altogether. If the industry wants to be relevant to the brands it serves, it needs to reflect the diversity of the community it seeks to connect with. One crack is all it takes for the light to get in. 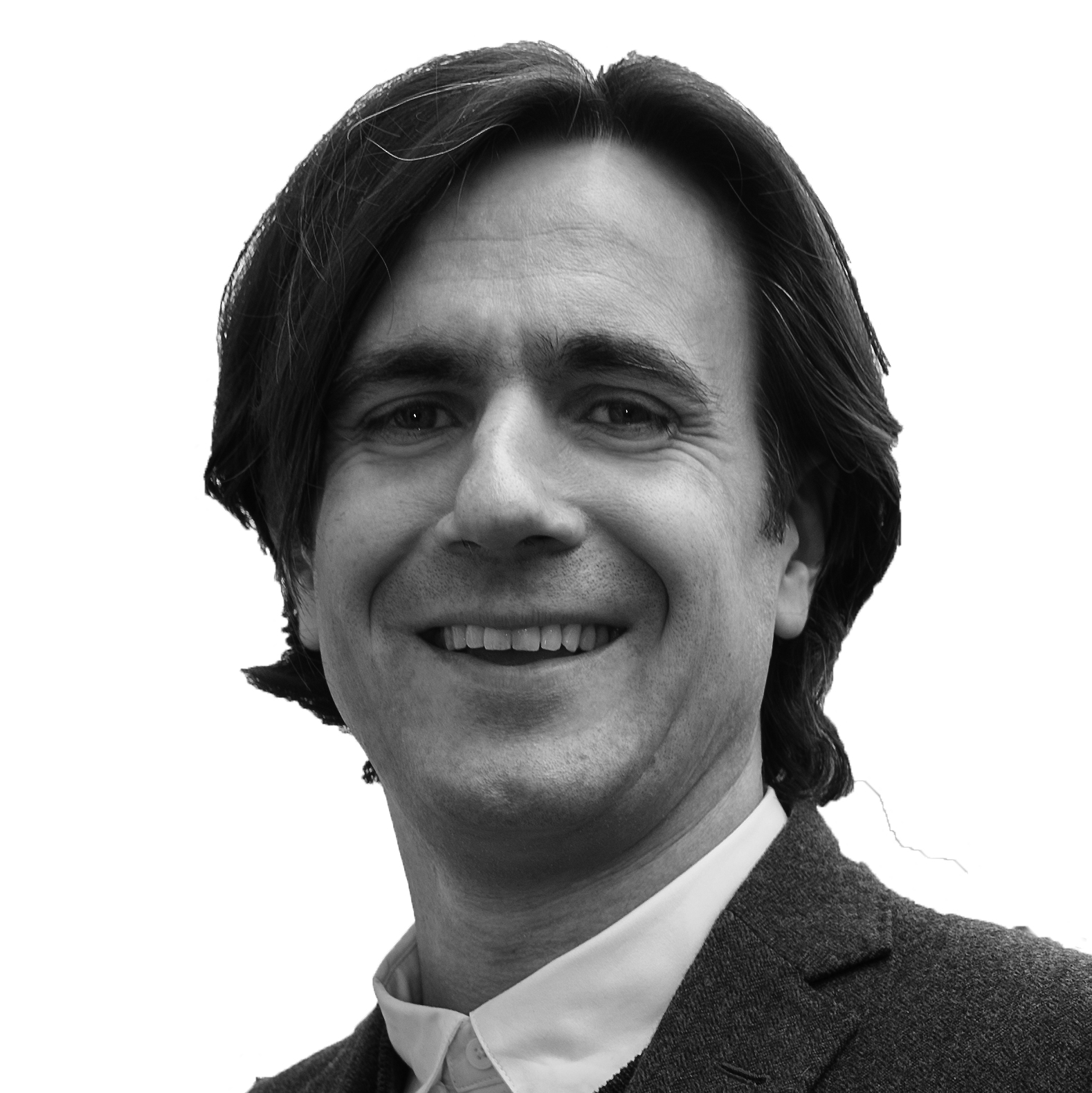 When I unveiled my ambition for Havas London to be certified as a B Corporation – a company that puts people, planet and profit on an equal footing – one of the biggest challenges I faced was getting the buy-in of the rest of the management team.

Given the myriad pressures we’re under, they were understandably wary of spreading ourselves too thin, particularly during a period of rapid growth when we already had plenty to prioritise.

But as I went around the room and asked everyone whether they wanted to go for it, the answer was a resounding "yes". So, with minds focused and concerns about cost, time, feasibility and focus put to one side, we cracked on.

The biggest thing I’ve learned has been about the power we have as an industry to make a genuine difference. And I don’t just mean through the work we do for our clients, which is not our only area of impact, but as large businesses in our own right. The UK advertising and marketing industries employ almost 200,000 people, while UK advertising spend reached £22.2bn in 2017.

That’s a lot of people – and a lot of money. Imagine if you used it just a bit more responsibly than you do now. This needn’t cost more but does require a change in attitude: actively think about the impact of every decision you make and go from simply making money to making a difference.

I hear more and more agency leaders starting to talk about this, but I still don’t see enough real action. In 2019, I’d urge everyone to stop making pledges and start getting some shit done.

Focus on near-term actions, not long-term goals. Empower individuals at all levels to develop and champion initiatives. People genuinely care about this stuff and want to be part of it. More than anything, we must apply our (self-proclaimed) world-leading creativity to the way we operate as businesses, not just the work we create.

Success will take many forms, but failure will take one. Because none of this is a "nice to have". People want to work for, buy from, and invest in businesses they believe in. With clients, talent and society in general increasingly demanding this stuff, this is the new battleground.

So, do you want to be a company that’s a force for good? 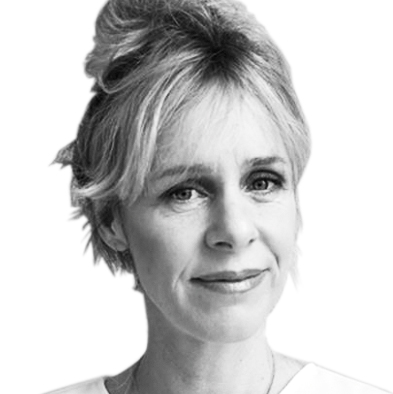 A couple of months ago, I was presenting some Creative Equals insight to a chief executive. "I’m disappointed," he said. "I thought you had the silver bullet."

Change is slow, messy and hard. Having put the sector’s most forward-thinking companies through our Equality Standard, they’ll tell you that it’s deeply uncomfortable. But then real change comes soon after. And that’s what matters.

The fact is that the sector is in the second of five stages on the inclusion journey: "polarisation" – a feeling of "us" and "them" (look no further than allegations of discrimination against J Walter Thompson from a group of former employees – straight, white men, whom the agency had made redundant).

It’s the stage straight after "denial" (a suggestion that "there’s nothing wrong here", at a time when movements such as #AdvertingSoWhite, #MeToo and #TimesUp tell a different story).

If we follow the change curve, this year we’ll collectively shift to "minimisation", where we acknowledge privilege, moving to an idea of "we’re all the same, underneath".

This doesn’t acknowledge that we need to alter our cultural perspectives, to understand inequities and make adjustments.

If we stay on the road after that, we’ll fast-track to "acceptance", where we’ll shape our workplaces around a deep appreciation of difference and cultural patterns. Lastly, we’ll accelerate to "adaptive", moving in culturally appropriate ways, using powerful empathy skills.

While we want the end credits to roll, this isn’t the ad break. It’s a series that goes on and on for years. And, while there is no silver bullet, there are a thousand tiny arrows shot in the air, every day. So, seek to understand your company cultures and keep pushing the pedal down, adland. 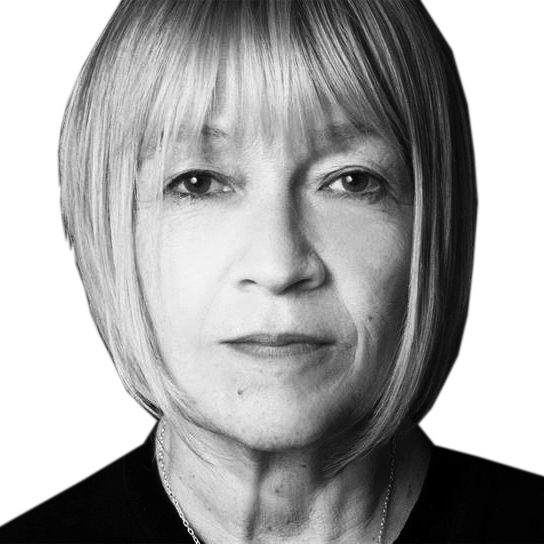 1 The rise of the female-founded holding company

At a time when holding companies are struggling, MDC Partners contends with activist investors, as it looks for a sale, and WPP proves how little it understands what drives our industry by killing off the J Walter Thompson brand, the Martina Sorrells, for whom I’ve been asking for years, are finally here.

Carrie Kerpen of LikeableMedia has started Likeable Ventures, the first holding company dedicated to acquiring the ad ventures of the future founded by women, people of colour and anyone our industry currently considers "other". Judy Shapiro of adtech platform EngageSimply has started TheTrustWeb, the first holding company looking to acquire adtech ventures focused on brand-trust creation.

Carrie and Judy are based in the US, but looking for global acquisitions – so, investors and founders, hit them up.

2 The exposure of the Harvey Weinsteins of our industry

The men of our industry who will own the future are the ones who understand that progress is not a zero-sum game. More women, people of colour, disabled people, LGBTQ and those who are older getting equality of opportunity will mean more opportunity for everyone, as we reinvent our industry together. In 2019 I look forward to less male lip service being paid to diversity, and more of the men who speak at events such as Creative Equals and the 3% Conference sticking around after their panel or speaking slot, to meet and network with as many "others" as possible, as much as they would with other men at Cannes.

4 Racism tackled in the open

The rarest unicorn in our industry is the black, female executive creative director. In 2019 our industry will finally wake up to the 21st century and commit to eradicating racism. Every recruitment brief should lead with ensuring the candidate pool includes the least-represented segment in our industry – black women. And, as someone who is half Chinese, I would really like not to get as excited about Crazy Rich Asians as I did this year, because our agencies will be as multicultural as humanity is, and our advertising will be far more creative, innovative and groundbreaking because of the diversity of people creating it.

5 Older people valued as 'experts', hired and retained in droves

My favourite quote of all time is from US computer scientist Alan Kay: "The best way to predict the future is to invent it." So I’m telling you now that in 2019, off the back of my partnership with AARP (a US action group for older people) to #disruptaging through the dialogue we’re having with many industry allies and the action plan we’re working on, we will begin the end of ageism in our industry. Want instant, effective analysis and solutions to any business problem thrown at you? Calm under pressure? Inspirational people-management that keeps your employees motivated, happy and productive? Craft skills and technical expertise that result in time- and cost-efficiency? Infinite resources of creativity? Hire the candidates who’ve honed all those capabilities that we so badly need, over years – older people or, as I like to call us, "experts".

Brand trust 'affects purchase decisions as much as quality and price'

'Invisible and expensive': what ageism looks like in adland

Redundancy in the messy middle

What to do after redundancy in your fifties

How should the industry create space for more original thinkers?

Welcome to 2019: Stand up for creativity