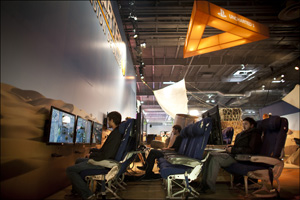 If you’ve got to the end of 2014 with any doubt in your mind that advertising is a fantastic industry to work in, settle back and wallow in the following pages. Here you’ll find plenty of evidence that our business continues to attract more than its fair share of the smartest brains and most creative talent around, working together to build businesses, drive growth, shape culture and have some fun.

It’s been an immense privilege to spend the past month or two immersed in the very best that the industry has had to offer this year, as we’ve compiled shortlists, judged performances and made our selections. It’s been really hard work too, not just because of the rigour we apply to the process but because all our contenders had such complex, rounded cases to pitch. The days when a reel of ads would suffice to capture a year’s performance have long gone; from making films, creating products, designing liveries, to staging events, writing books and starting cultural movements, agencies are deploying their skills well beyond advertising’s traditional borders.

Which makes it harder than ever to squeeze agencies into the narrow categories we have been defining in this Annual for the past decade or so. Last year, Campaign rethought two of the categories, replacing Direct Agency of the Year with Customer Engagement Agency, and Digital with Digital Innovation. But really this just seems to be delaying the inevitable: putting agencies into neatly labelled boxes just doesn’t work as well as it used to. Most agencies do a bit of everything, and the tags that worked so well even a few years back now look increasingly inadequate.

Consider the fact that MediaCom, our Media Agency of the Year, now describes itself as "the content and connections agency", while our Digital Innovation Agency, R/GA London, "creates products, services and communications". The game is shifting, and agencies are shifting too (some faster than others). At some point – this time next year, perhaps – crude categorisation will become redundant.

But whatever you call them, however you classify them, all the companies and personalities featured here are at the top of their game and can look back on the past 12 months with real satisfaction. New benchmarks have been set, boundaries shattered and gauntlets brandished for 2015.

Thank you for giving us so many highs (and a few lows) to write about. Roll on next year.

Advertising Agency of the Year

Campaign of the Year

Digital Innovation Agency of the Year

Customer Engagement Agency of the Year

Advertising Network of the Year

Media Agency of the Year

Media Network of the Year

Medium of the Year

Production Company of the Year

Advertiser of the Year