WPP's interim leadership team insists there will be no wholesale break-up of the group.

When WPP’s interim management team faced investors for the first time since Sir Martin Sorrell’s exit, no fewer than five leaders lined up on stage to present the first-quarter results.

The safety-first approach paid off as WPP’s share price jumped 9% on the news that revenues had fallen only 0.1% between January and March – the best performance in four quarters – and the group had an "open mind" about selling assets such as data unit Kantar.

The team, led by joint chief operating officers Mark Read and Andrew Scott [pictured below], said they had spoken to all WPP’s top clients to reassure them. They added that WPP is certain to sell some minority investments, which include 25% of Chime Group and 7% of Vice Media. Other stakes that could be sold include 20% of ComScore, 19% of Globant and 18% of AppNexus, as WPP, which is valued at £16bn, seeks to cut its £5bn debt pile.

Read, who is regarded as the leading internal candidate to replace Sorrell as chief executive and is currently looking after clients in his COO role, said the world’s biggest ad group needs to change significantly, but a break-up doesn’t "make sense". 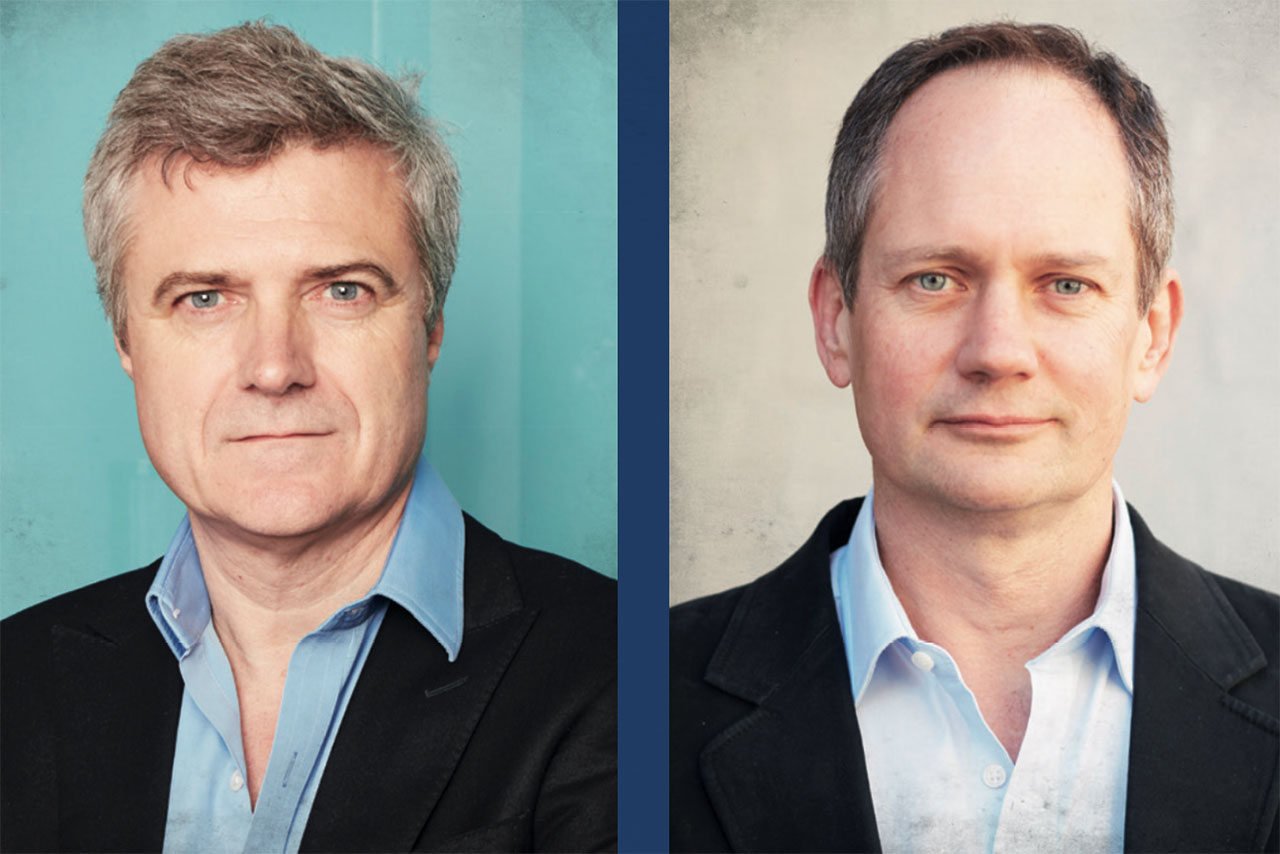 Asked what WPP should look like in three years’ time, he told Campaign: "It’s more integrated, it’s made up of probably fewer but stronger brands than we have today, a more diverse and motivated group of people [involved in] more data and more technology – and more of them located on client sites, in client offices." WPP, Read added, should be "closer to clients in every way", including "physically closer".

Scott, who is overseeing WPP’s finances, expects more agencies to "co-locate" in shared premises. Moving 4,000 staff into a single location in Shanghai "works very well" in terms of efficiency and integration, he said.

Sorrell, who was chief executive for 32 years, pushed a strategy of "horizontality" – getting different agencies working together in client teams – but there were limits to integration because the agencies often had their own P&Ls.

Read conceded: "Perhaps horizontality was too much about bringing ourselves together, not about what is the right solution for the client." He continued: "I do think in general we need to be more relaxed about working with other parts of the business and collaborating more and not thinking we all have to do everything ourselves. That requires us to run the business more collectively so we succeed as a team. The logic of having fewer brands is having fewer P&Ls."

Lindsay Pattison, group chief transformation officer, who sat alongside Read and Scott with executive chairman Roberto Quarta and group finance director Paul Richardson, told investors "we may ‘RIP’ that word" in reference to horizontality, although she added the concept "is not dead".

Sources close to WPP maintain the transition of power to Read and Scott shows that the day-to-day running of the group was not overly dependent on Sorrell. The joint COOs will look at the structure of the group and it is thought they could introduce a management board for the leaders of the operating companies for the first time.

Revenue growth, less pass-through costs, in the first quarter was the worst since at least 2010 and the group is sticking to a forecast of flat growth in 2018.

"There appears to be some bottoming out," Read said. "We’re not happy where we are." North America continued to be the weakest performer with revenues down 2.4%.

WPP is in the middle of a string of major reviews, including Ford, HSBC and Shell, and rival groups are keen to exploit Sorrell’s departure.

Many analysts believe a break-up of WPP could be on the cards because the "value of the parts is much greater than the sum" and think the board could pick an outsider to succeed Sorrell.

Quarta said in the annual report that "the fundamentals of the business are strong". Read added: "We’re facing a period of structural change, not structural decline."

Russell Reynolds, a headhunting company,  has been appointed to find a new chief executive. WPP is said to want a new leader who is tech-savvy, international, has run businesses, is good with clients and has boardroom experience at a listed company.

Tim Armstrong, the chief executive of Oath, is among the external candidates WPP is considering, as well as Unilever's chief marketing officer Keith Weed, the Financial Times reported on Saturday. Armstrong is a former Google executive who ran AOL from 2009 until its $4.4bn (£3.2bn) sale to Verizon in 2015. AOL merged with with Yahoo to create Oath last year.

Quarta displayed impatience when answering questions for what he said was the "umpteenth" time about Sorrell’s exit and said there was "no requirement" to publish the findings of WPP’s legal investigation. Sorrell denied the allegations about his personal misconduct "unreservedly".

Sorrell began simplifying WPP by merging some agencies last year and Read said: "You can expect more gradual simplification of the portfolio." •

What the analysts say...

"WPP is arguably the best positioned agency group in terms of its business mix and its geographic exposure. Still, I think it could benefit from selling down its investments in entities it doesn’t control and perhaps selling smaller business units that aren’t growing back to the management running those units, where possible. It would benefit from investing more heavily in business transformation and ecommerce-related capabilities."

"WPP has breathing space as no outsider is able to accurately value all their assets due to the complex structure of the group. It also still has a good free cash flow at group level. The strongest future plan would be to restructure the top media agencies – and consider merging creative agencies with them – to justify margins on ad services and not just media. If needed, rather than shedding the cash cows, it might make more sense to sell WPP’s speculative stakes in companies with no realistic future synergies with the group’s core businesses."

"WPP needs to shrink to regain strategic focus, and pay down some of its debt. It has grown unwieldy, and the balance sheet is creaking.  We expect Kantar, the market research division, to be sold first, yielding about £4bn. Although market-research assets are highly valued for data quality and subscription revenues, the business is non-core. Creative agencies, such as JWT, will be under the management spotlight for performance and structural reasons but have immense brand value and will not be sold. Within a year we expect WPP to be much leaner, centred around growth assets, like Wunderman, and digital and health assets more generally."

"A break-up of WPP has merits. Investors who hold it compare it with other, solid FTSE-100 media companies such as Sky, which is the subject of a takeover battle and is going to be sold at an ever higher premium, and RELX. They have to reduce the debt because interest rates are going up."

Horizontality is dead: What's next for agencies?

WPP exits AppNexus in sale of ad platform to AT&T

Free from the supertanker of WPP, Sorrell's new venture can be flexible

Welcome to a new era for creativity

If Sorrell was so influential, why can't adland agree on his legacy?

Mark Read interview: WPP must focus more on clients and less on how we organise ourselves