But today, we're letting mind readers choose our clothes for us.

As you read yesterday (before anyone else, *high five*), BuzzFeed is launching branded video content in the UK. Read our news story for more on the BuzzFeed Motion Pictures division. Here we thought we'd hone in on the question of what kind of audience BuzzFeed can deliver.

Traditional publishers tend to offer certain demographics, but Kate Burns, general manager, BuzzFeed UK and Europe, and Ze Frank, president of BuzzFeed Motion Pictures, stressed that in a distributed social environment, the BuzzFeed audience wasn't all they could offer.

In fact, Burns said BuzzFeed's audience was almost irrelevant, claiming, "We match the brand’s audience to the relevant audience on the social platforms." The Costa video is gunning for one million views, but two thirds of those will be paid for, and can therefore be targeted.

BuzzFeed offers the ability to create content that fits into the social context. Frank's Upfronts presentation was heavy with analysis about why things are shared. This video on the pains of being left handed is, in Frank's words, a "post literate genetic identity piece".

And BuzzFeed is investing heavily in research to back up this USP and put in terms brands understand.

Adspend in the UK grew to a record high of £9.42 billion in the first half of the year, according to the latest Advertising Association/Warc Expenditure Report, Campaign's Omar Oakes writes.

The strong growth in digital spend was driven by mobile, which accounted for 79%.

Mobile adspend grew by 52.1% and broke the billion pound barrier for a six-month period for the first time, coming in at £1.08 billion. £1.63 billion was spent on mobile for the whole of 2014.

The UK recorded the highest spend on mobile advertising in Europe and the third highest globally, after the US and China.

Read on for the numbers for TV, radio, out of home, national newspapers, magazines, cinema and direct mail, as well as predictions for 2016. 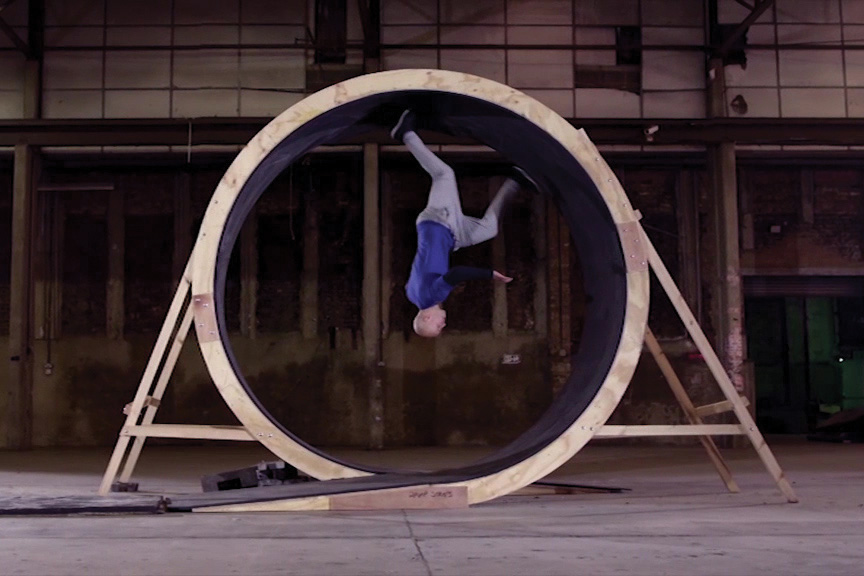 Nostalgia: Brands that are going back to the future

It's a cast iron guarantee that the topic will trend tomorrow, and brands have already started to get in on the act. Marketing's Daniel Farey-Jones has rounded up the brands looking forward to Back to the Future Day. Some of our favourites include:

Ford has created a mock product video for a "flux capacitor" upgrade for the Fiesta and Focus, the technology that made time travel possible in the films.

Pepsi is celebrating by releasing a limited edition run of a few thousand bottles of Pepsi Perfect in a collector’s case, though the drink inside will be Pepsi with real sugar rather than vitamins. It has created this ad to draw attention to the stunt.

Toyota has created a campaign tying together its forthcoming launch of the Mirai, a car that runs on hydrogen fuel cells, with Back to the Future Part II’s vision of cars running on fuel cells powered by rubbish.

Three teaser ads, one featuring Fox and the other star of the series, Christopher Lloyd, who played Doc Emmett Brown, have been released to preview a five-minute video that will be published on 21 October.

Read on for word on what Nike, Universal Studios and Mattel are (and aren't) doing for Back to the Future Day.

And we'll be providing live coverage of brands celebrating Back to the Future Day on social tomorrow.

It follows the exit of Ian Haworth, the global chief creative officer, who was appointed last month as the executive creative director at Wunderman UK and EMEA.

Golik, who starts in January, will work alongside Jason Andrews, the UK executive creative director, and report to Sophie Daranyi, the president of Rapp UK and will have responsibility for all of the agency’s creative output in the UK.

In other people moves news, Mark Price, Waitrose's first marketing director, is to leave after eight years as MD.

Choices, choices: Let your brainwaves choose which T-shirt to buy

Choosing which of Uniqlo's 600 T-shirt designs to buy is a bit bewildering (perhaps that's just us).

Inhabitants of Sydney can get some help with the UMood, an in-store device worn on the head that records brainwave activity while images and short videos are displayed to the wearer. A T-shirt is then suggested to fit the results.

The UMood was developed by Isobar and Dentsu Science Jam, and if you can't make it to Pitt Street in Sydney, you can try the online quiz or the Instagram adventure.