Campaign was created by TBWA\London.

However, with the UK on lockdown, the brand – which claims to be only canned wine on the market that is both vegan and Fairtrade – had to change its plans quickly and has instead opted for a tongue-in-cheek outdoor campaign.

Created by TBWA\London, the work comprises a series of punchy remarks including: "Did you see our new advertising campaign? No, didn’t think so." 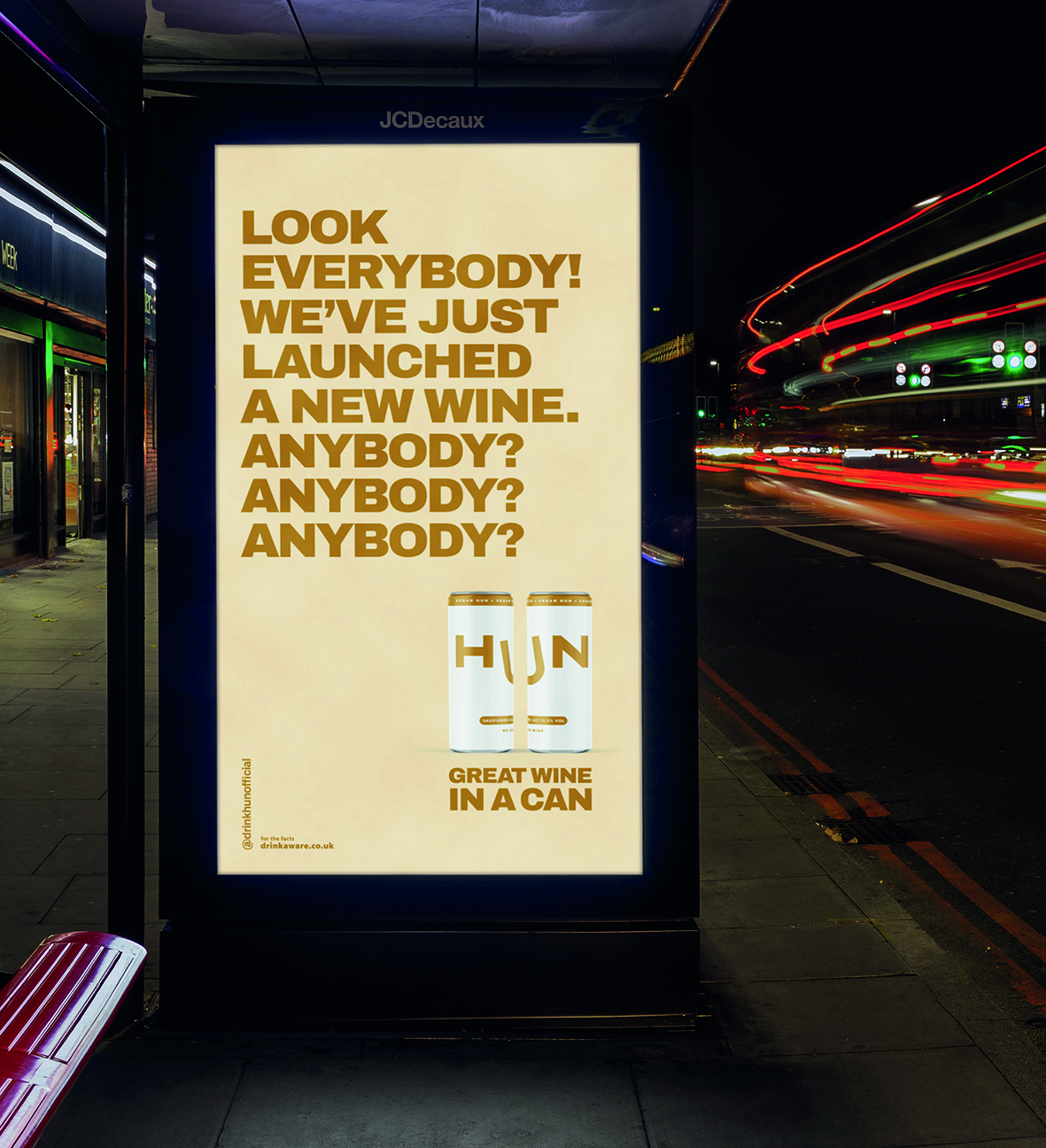 Launching today (4 April), the campaign will appear across London alongside a digital campaign that will award free wine to people who have had birthdays, weddings and anniversaries during the lockdown. It was created by Harriet Russell-Vick and Lauren Buggins.

Hun is not the only brand to make light of the questionable decision to launch an out-of-home campaign during lockdown: crisps brand Emily has taken a similar approach with an outdoor campaign that took advantage of Clear Channel's reduced rates during Covid-19.

Sometimes the most fun and reactive marketing campaigns can be the best. Plus, who doesn't need some humour at times like this! Well done #EmilyCrisps. #marketingcampaign #Covid19 https://t.co/GXIoTZ27Vp pic.twitter.com/3RGWWpcHEX

And TBWA is no stranger to a meta, self-aware humour in ads. Its recent campaign for McVitie's took a tongue-in-cheek swipe about the wisdom of sponsoring the elite athletes of Team GB – who wouldn't be eating any biscuits during their training.

"We had an amazing festival line-up this year," Mark Woollard, co-founder of Hun, told Campaign.

"We managed to land some amazing deals, which we were super-proud of, and then they all got pulled away.

"We were in a position where we were obviously bitterly disappointed, but this campaign gives us something a bit different we feel we can shout about as a brand."

Woollard expressed relief that the brand had not launched "pre-corona", removing the issue of having to change what would have been a "very skewed festival message" in light of a tidal wave of postponed summer events.

Andy Jex, chief creative officer at TBWA\London, added: "Even at the best of times, launching a new product is tough. But launching a sociable wine brand in the midst of a global lockdown, when no-one's allowed out, could just be the worst timing ever… or is it?"

Pick of the Week: Carlsberg's no-nonsense approach is finally paying off