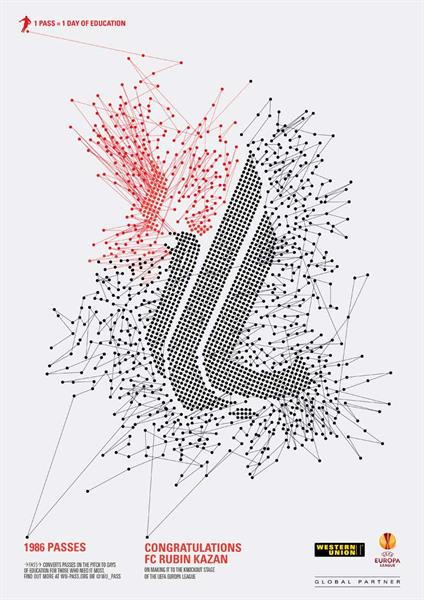 Western Union is marking its sponsorship of the Uefa Europa League and the Pass initiative with a new poster campaign. For every pass made in the tournament, Western Union will donate a day of education to under­privileged children. The work, created by 180 Amsterdam, combines the logos of the football clubs that have qualified for the knockout round of the Europa League. It was written by Bryan Stewart and art directed by Ed Ryder and Tim Howman.

Western Union 'one day' by 180 Amsterdam