He has spent his first five months quietly 'fixing the roof', hiring a creative leader and arranging an office move. But how will the VMLY&R London CEO forge a new identity?

The ghosts of the past are staring VMLY&R London chief executive Justin Pahl in the face.

During an interview with Campaign, a large picture of the four founders of Rainey Kelly Campbell Roalfe sits in the corner of a meeting room near Pahl’s desk. Pahl, who joined the agency five months ago, keeps the haunting image close by as a constant reminder of the RKCR/Y&R legacy.

He says he often wonders what the founders were thinking when they began the agency, which would become one of the hottest (if not the hottest) creative shop in London in the 2000s before suffering from a slew of account losses in recent times.

Of course, Pahl could just ask Mark Roalfe, the sole remaining founder, but it’s a fitting sentiment nonetheless as Pahl himself is (sort of) beginning a new agency himself after WPP merged VML and Y&R and appointed him the London chief executive. It's telling that there are no corresponding pictures on display of VML founders Craig Valentine, Scott McCormick and Craig Ligibel – VML had failed to make a big impact in the UK since being bought by WPP in 2001.

Roalfe, who remains chairman, is the only senior figure left from the Y&R side after a tumultuous final decade of RKCR/Y&R's existence – the past two years of which were spent as simply Y&R London. In 2007, the agency was rocked by the exodus of Adam & Eve founders James Murphy, David Golding and Ben Priest. Subsequent chief executives came and went with increasing regularity: Richard Exon (four years), Ben Kay (four years), Jon Sharpe (two years) and Paul Lawson (less than a year) – until WPP chief executive Mark Read decided to merge the network with VML.

Lawson’s defenestration was the harshest, given that he had just recruited his key lieutenant Katie Lee alongside chief creative officer Jonathan Burley in what was supposed to be a new dawn for Y&R London. The trio, seen as thick as thieves having worked together at Leo Burnett, were despatched upon announcement of the merger.

The ghosts may linger, but Pahl is clear that the merger, and last month’s office move from Greater London House to Fitrovia’s Percy Street, means that there has truly been a break with the past. He sits down with Campaign at the new office, having just appointed the highly regarded Laurent Simon from BBC Creative as VMLY&R London’s new chief creative officer.

Pahl describes the first five months of his tenure as "fixing the roof" and now is the time for VMLY&R to start producing great work and winning new business.

"We really have to go to market now. The last five months have been all about preparing the roof and fixing the thing, getting moved in and getting the team together, adjusting the systems and getting us right – and, as a result, we haven’t really pushed out into market," he explains.

"But I think we feel good, we’ve got our team lined up now, we’ve got ourselves fit and healthy. And now we need to create some momentum. That means driving greater engagement with our clients and finding new ways to give them better work for their money."

The patching-up process began in earnest following an uncomfortable few months for the agency. Chris Wood, VML’s then acting chief executive who became executive director, Europe, in the merged shop, was the one who had, Pahl says, done "so much of the tough work of the merger".

He continues: "[Wood] did a tremendous job… keeping people going and getting things up and running, and managing all of those tricky bits. And, to a certain extent, I came in with a lot of the hardest stuff already completed."

Pahl had realised this upon starting one of his first acts as chief executive: offering a one-on-one sit-down with all 140 staff members to talk about their role and what they thought about the agency. He was surprised by how little people discussed the negative impact of the merger, such as redundancies and roles being changed.

"I wondered whether it being emotionally difficult, or whether they would be still holding on to resentments, or whatever," he says. "But I think the fact that companies merged was not a problem. I think what people were keen for me to do was to stitch together some of the seams that still hadn't been brought together and help clarify certain things and give them a bit of direction on certain areas."

That’s not to say there haven’t been frustrations. Pahl, who exudes a calm and sunny demeanour for the most part, sometimes comes across as a boy being given his favourite toy for Christmas but has not yet been allowed to play with it.

He admits: "I suppose the stuff that was challenging is that it is hard to be great if you're still working out the specifics… In terms of where the strengths of the departments were, the systems that weren’t working."

There was a similar story in terms of client feedback, Pahl reveals. While the impression of VMLY&R and its work was positive, clients said "functional things" needed to improve.

In short, Pahl’s initial period in charge has been about mending things now rather than building for the future. This includes the "rhythm of the week" not being right, as well as information not flowing as well as it should across the business.

To fix this, Pahl began holding executive meetings every Friday, from which action points must be followed up with wider staff on the following Monday in catch-up meetings. As a result, he claims that the agency is now more regularly working through "high-value problems" instead of the "reactive stuff" from the past. Central to this progress, according to Pahl, is more accountability in the agency and "giving people clear positions on the pitch".

It sounds like there is also work to do at VMLY&R in terms of differentiating its agency brand. How, for example, does it differentiate from Wunderman Thompson, another merged WPP agency network that offers integrated services at scale?

"While we may share capabilities, in terms of what we can offer and skills, it’s how you focus on user," Pahl explains. "I think particularly our focus is to use our capabilities to connect brands and to extract the value of that. The opportunity for great agencies now is to reset, to provide value. I’m not sure in all cases that clients are feeling the value… they sometimes struggle with rosters and the implications of managing multiple agencies."

Behind the scenes, European chief executive Andrew Dimitriou (Pahl’s boss) has been building the network’s three "centres of excellence" across the region. VMLY&R London is leading the UK-based customer experience centre, while Poland leads on technology and Turkey on content.

Pahl is confident that this wider structure will give VMLY&R an edge when it comes to developing deeper relationships with brands. "They need some partnership that allows them to connect with various parts of the organisation," he adds. "Whether that still requires them to have six different agencies, or one, can be done on a brand-by-brand basis."

He joined VMLY&R earlier this year from Abbott Mead Vickers BBDO, where he missed out on the top job after Cilla Snowball stepped down. Instead, he was made group chairman (while Sarah Douglas was named chief executive), spearheading the integration of new agency capabilities and practices, including partnerships, consulting and platform integration.

And he is effusive in praise for Snowball, with whom he says he had a close relationship. She is the person he calls on for advice and considers her a role model [along with AMV co-founder Peter Mead].

"[Snowball] is just one of the most wonderful people that’s ever existed in our industry. She’s an inspiration and one of the true blessings is that I got to spend so much time with her," he says. "It’s funny – so many people I’ve explained this to have been jealous because she’s such an icon. But, symbolically, a champion for women, she’s such an incredible leader… she’s got common ground with everybody. She’s always got time."

Overall, this means being "really high-challenge – we have to push, push, push people to be their absolute best", pushing with his arms wildly as he says this.

But this is as aggressive as the language gets. Pahl’s default mode is to talk about being supportive and enabling others to succeed, rather than coming across as a "no-nonsense" taskmaster.

He continues: "I've always wanted to get the best out of people, to help people be the best versions of themselves. This business is about relationships. It's about understanding people at the end of what we do, understanding the motivations and talents of people in the business." 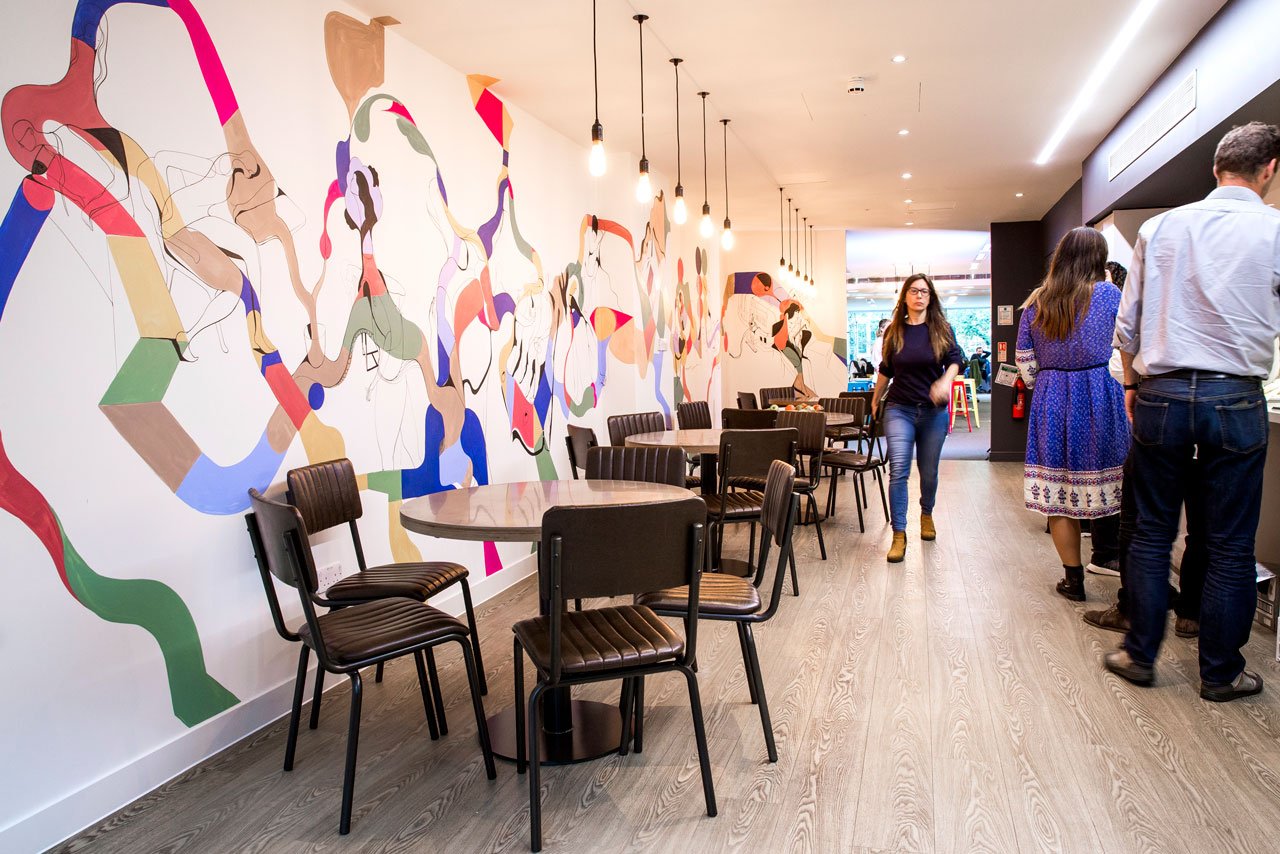 Pahl indicates his workplace attitude is influenced by having been in "brutal" workplaces in the past, but is less keen to elaborate on where these were. Originally from Brisbane, he worked at FCB in Sydney before moving to Banks Hoggins O'Shea FCB in London, where he spent six years.

Later, he joined Fallon, where he helped to develop award-winning campaigns for Skoda and More Th>n, before moving to Lowe in a European role on Unilever's Rexona (Sure in the UK). He joined AMV in 2008 to oversee Aviva and Walkers, and led BT for eight years (which, coincidentally, moved to Saatchi & Saatchi soon after his departure earlier this year).

Having been appointed to the AMV management team in 2012 as head of account management, Pahl went on to become managing partner in 2015 and managing director in 2016. He took pride in boosting morale among staff – and it is understood that VMLY&R global chief executive Jon Cook was keen on a London boss who brings these traits to an agency whose previous incarnations have faced a number of challenges in recent years.

"Leadership is service. In service to the future and careers of their clients and their staff," Pahl says. "I really do think my job is to serve the purposes of everybody here in this company to make our clients as businesses be amazing… I don’t think having the trappings of 'CEOship' is right and proper."

When pressed on what "trappings" he eschews, Pahl points to his open-plan desk (as many agency leaders have nowadays). What else? "We don’t have drivers, we share our social events, I don’t have club memberships," he responds. "I just don’t do all that stuff. My time, my energy, my resources are much better being invested back into the people in this business and their happiness." 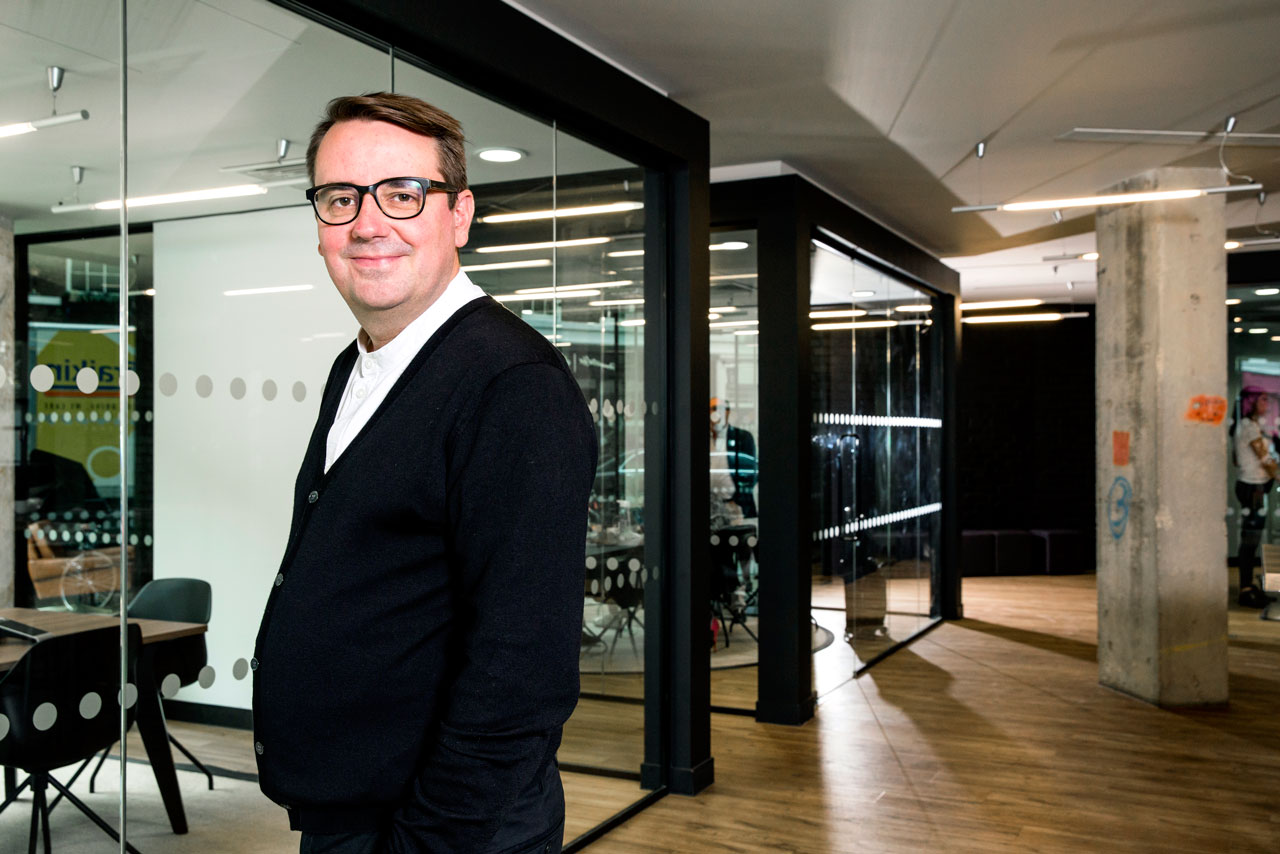 So if the high-flying lifestyle isn’t for him, what about the creative work? When asked to name his favourite ad, Pahl says: "There’s all sorts of advertising that I love. Beautifully crafted things, things that are really powerful, probably the work that we were doing at the end of my time with AMV like 'Blood normal' and 'Viva la vulva' [both for Bodyform]. I was so proud to be part of the agency that commissioned that work."

Perhaps that answer involves too much dwelling on the past for a man who is actually much more comfortable talking about the future and the opportunities for his new agency. Pahl even instructed staff to "say goodbye" to the old Greater London House office, such is the psychological desire to break with what had come before.

And yet that hopeful portrait of MT Rainey, Jim Kelly, Robert Campbell and Roalfe remains in situ, as does the memory of how far that agency's star had fallen by the end. Pahl knows there is work to do to bring his business into the light and away from those shadows.

Agencies are proving resilient and growth will accelerate

VMLY&R boss Jon Cook: It's hard being an agency and even harder to merge one