In every agency, it’s easy to find a creative with secret ambitions of becoming a director – maybe that’s you. J Marlow, a former creative director at Grey London, has just made that transition, signing to production company Outsider. At Grey, he was behind award-winning work including "The People’s Seat" for the United Nations, but now he has his sights set on directing some "dumb, funny ads that people love".

Marlow sat down with his former boss, Vicki Maguire, outgoing creative chief at Grey London and incoming chief creative officer at Havas London, to talk about the appetite for comedy, how he made the leap and advice for others who want to do the same.

Vicki: A little backstory. I arrived at Grey in 2008. It was a turbulent time at that agency, but I sat next to and fell in love with this guy. We used to go out for coffee and crack briefs. We used to have a right laugh. Move on 10 years and I’m the outgoing CCO of Grey London, joining Havas London, and J Marlow you’re J MARLOW, Outsider director.

J: Crazy couple of months for both of us. Really good to have a coffee again.

Vicki: First question. We’re heading into 2020 – turbulent times. Brexit is about to happen. Budgets are shrinking. Clients are demanding more… and you decide, having just won a gold Lion and Campaign Grand Prix for UN, to leave your lucrative career as a creative director to direct. What the FUCK are you thinking?

J: You and I always talked about never doing the same year twice, always trying every year to do different work, making sure you don’t get stuck with that "house style". I guess directing is me doing that… just in a more extreme way.

Vicki: So it’s not a midlife crisis playing out?

J: We’ll find out. No, for me, it’s about getting closer to the work – making. I’ve always loved storytelling and directing puts you right at the heart of that. Being able to take an idea and create a story from it – there’s nothing more exciting.

Vicki: Look – we all know a lot of creatives who sit in the edit suites with their bento box and they are like: "Ooooo, I always wanted to be a director." I got that from you. At all the shoots we did together, every day was a school day for you. You’re not just in it for the uniform, the Canada Goose, fur-trimmed fleece…

J: I hope that I wasn’t an annoying fucking creative on a set, but if you want to learn directing there’s no better place. I’ve been lucky to work with some incredible directors – Harold Einstein, Frederic Planchon, Marcus Söderlund – who were really accommodating. Owen Trevor took me under his wing when we were making McVitie’s "Sweeet" and was like: "Don’t sit over there, sit next to me if you want to learn about this."

Vicki: Or sit over there and eat your biscuits…

J: That’s the temptation as a creative. You can get your hair cut on set, fall asleep, fuck about. But if you want to direct, don’t do that. Listen to people – not just the director, but also the producers, the wardrobe, the DoP if you can. Speak to everyone. 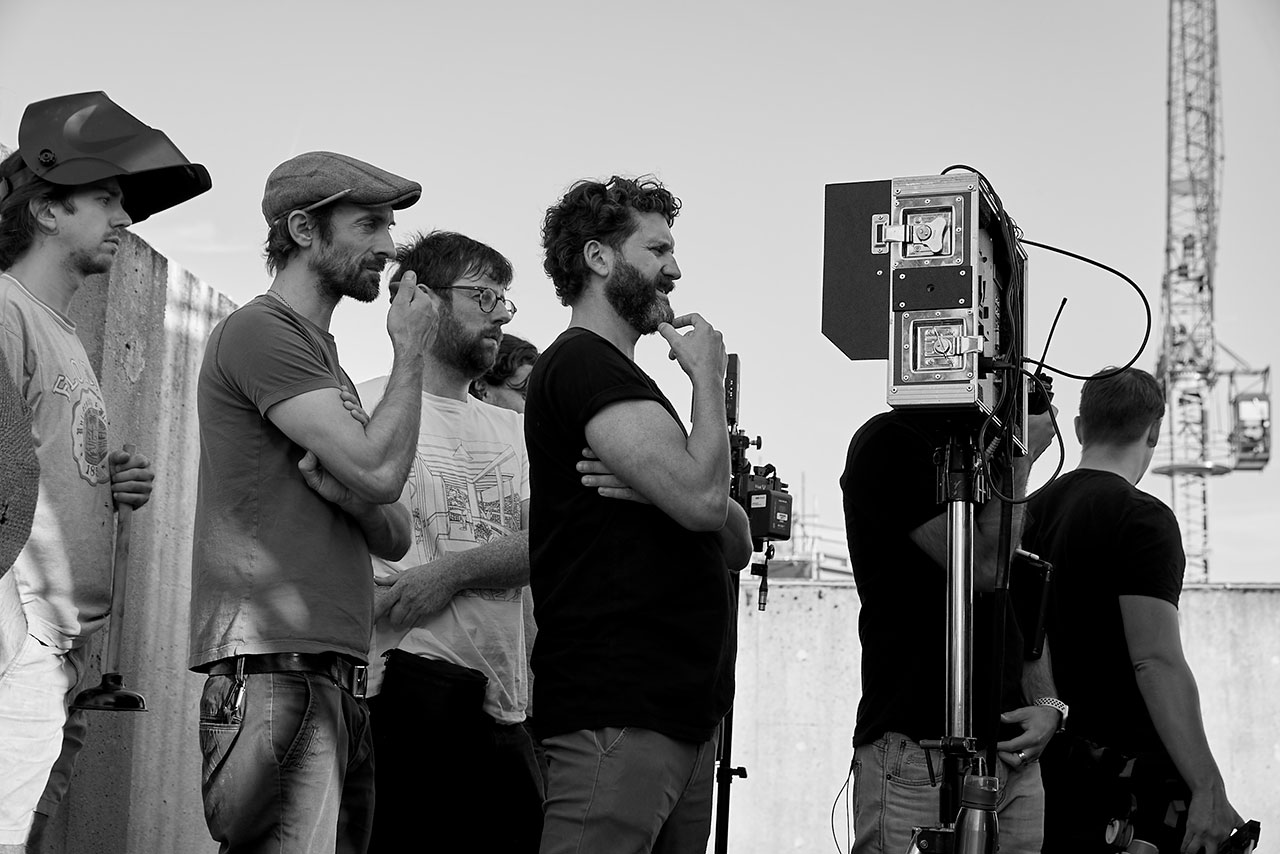 Vicki: You have already had three good jobs – tell us about them.

J: Checkatrade, BBC Children in Need and I’m just about to shoot for Freesat. Most importantly to me, they were all good comedy scripts; it’s great seeing comedy writing coming back. As an industry, especially now, I think we need to be doing more famous, populist, joyous work. Work that’s less up its own arse; the stuff everyone loves.

Vicki: A lot of clients and agencies are put off by humour because it doesn’t research well. Something is either funny or it isn’t. Also, our humour doesn’t translate to Cannes. I have sat on far too many juries trying to explain the "British gag",  so I am thrilled there is now a healthy appetite for the UK scene.

J: Most of my favourite films are comedy films. They are never going to win Oscars, but they are the ones that you want to watch again and again, on a Saturday night or when you're hungover. Ads are the same. Think what Tango and Smash did – people loved them.

Vicki: I would love the young adults in my department to come to me and say I want to be a director, or I want to go and do this or that. Any advice for them?

J: There is no line in the sand: you’re not a creative one day and then a director the next. For ages, I was a creative who made stuff on the side, pulling in all those favours to make that £5K ident you begged the client to let you do. That £10K online film. Anything to get around the catch-22 of: you don’t get work unless you’ve got the reel and you can’t get the reel until you’ve got the work. It’s difficult. Graft, beg and, most importantly, be nice to everyone.

J: Ha, I’m not thinking about next steps yet. If I can make some dumb, funny ads that people (and clients) love, then I’ll be happy.

Vicki: I’m so proud – you’re going to smash it.

Is the 'crisis of creative effectiveness' overblown?

Inside the dark, twisted imagination of director Mischa Rozema