Lessons for adland about the importance of neurodiversity.

Creativity thrives on difference, yet as the latest meet-up of adland’s neurodiversity network The Future is ND shows, being neurodiverse in advertising can still be an isolating experience.

Lucy Hobbs (pictured, below), a neurodivergent freelance creative director and founder of The Future is ND, has sought to challenge that sense of isolation through the network, which launched nine months ago. 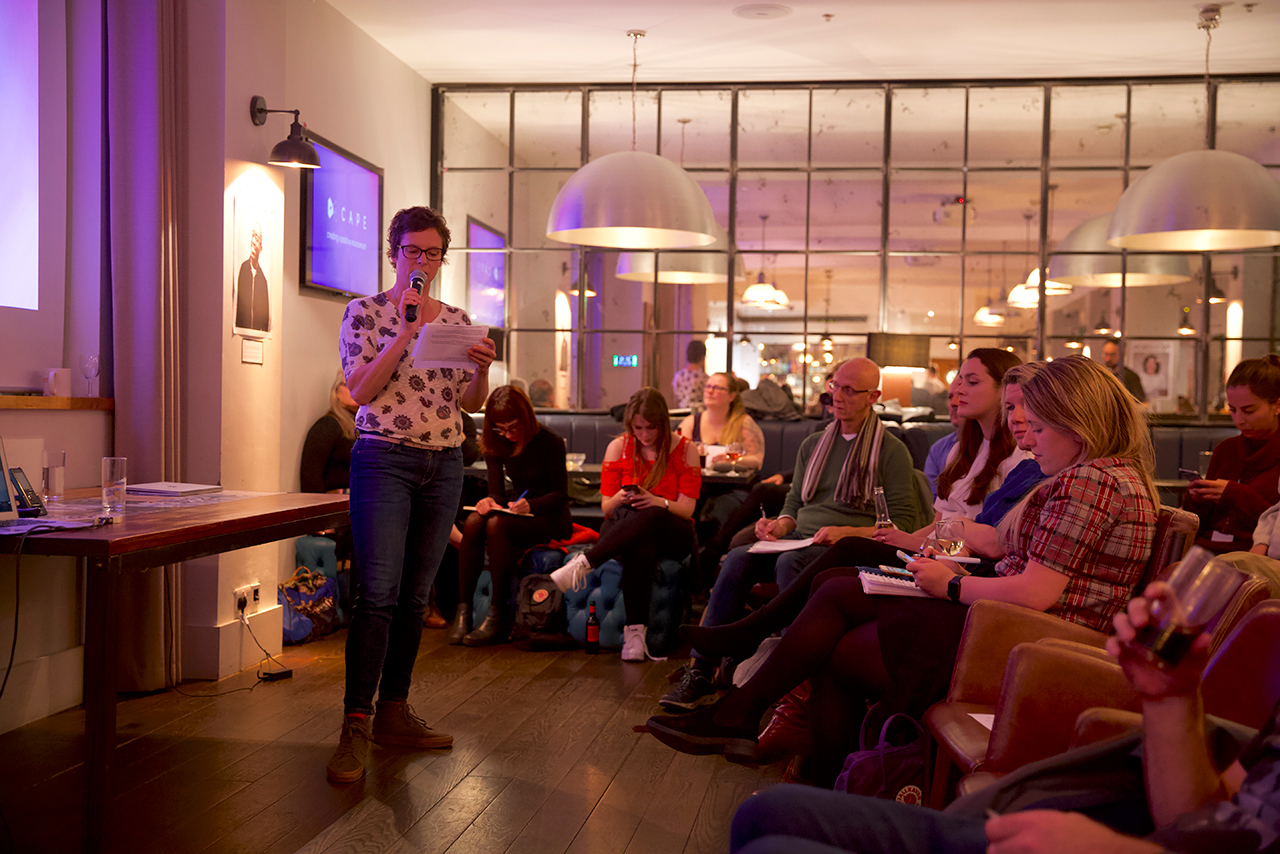 Ellie Gerszt, senior partnership executive at Nabs, who opened the network's latest event this month, credited Hobbs’ passion and determination for driving forward The Future is ND and igniting an important conversation about the challenges facing neurodiverse talent.

Hobbs shared a line by Tom Sharp, a poet and creative director at The Beautiful Meme: "When you don’t think like other people, you make other people think."

Sharp noted that accepted wisdom is cosy, and Hobbs urged the industry to "fuck cosy and instead embrace our differences as the strengths that they are". She explained: "Because, in the end, a rising tide lifts all boats. Let’s all try and embrace difference and hope that we all shine that little bit brighter for it."

Hobbs noted that an industry built on lively office banter and after-work drinking can make being neurodiverse very isolating. To counter this challenge, the network is seeking to make neurodiversity more visible in the industry. In line with this aim, here are key insights from the event.

'Build a support network for when the wheels fall off'

Allison has written eloquently on his experience of being diagnosed with ADHD when he was working at Channel 4.

He described his mind as being "like an orchestra, but the conductor’s gone outside for a smoke and never came back, all the musicians are doing their own thing, it’s a cacophony. It can sound chaotic, but if you let the orchestra do their own thing, they can produce the most incredible symphony."

Allison emphasised the importance of playing to your strengths, being mindful and building a support network for when "the wheels fall off". He also discussed his creative partner of 20 years, Chris Bovill, saying that everyone needs a "Good Chris" at work – someone who understands you, your brain, your ways of working and how to work best with you.

When he was diagnosed, Allison said that at last he understood himself. All the chaos and unpredictability made sense. His brain wasn’t broken; he was neurodiverse. He explained: "I’m now BFFs with my brain – brain friends forever."

'Think about creating spaces that are neurodiverse-friendly'

Monks continued the conversation, drawing on his experience as a TEDx speaker to describe his journey into neurodiversity advocacy.

As a neurotypical person whose younger brother Nicki has autism and Crohn’s disease, Monks has used his experience to create Place with Purpose, the first co-working space designed for neurodiverse people. The space minimises the open plan and harsh lighting that are stock features of most offices. According to Monks: "When you design for neurodiversity, everyone wins."

'A small difference can make a huge change'

Haque described her experience of being neurodiverse as "a bit like Alice in Wonderland meets Guantanamo Bay". She added: "It can be incredibly beautiful but, on a sensory level, quite painful at the same time."

According to Haque, sometimes a small difference can make a huge change. For her, discovering comic books was revelatory. With pictures to help her understand the text, she began reading them at a voracious speed. She went on to successfully graduate from college and now works at the BBC.

Haque works with Sean Gilroy, head of cognitive design at the BBC, on BBC CAPE (Creating A Positive Environment). The initiative aims to improve the support given to neurodivergent employees, as well as highlighting the skills and talents that these individuals can bring to the workforce.

It's a vital initaitive, because only 16% of autistic adults are employed and 32% have ever had what they would describe as meaningful employment.

'Neurodiversity does not need fixing, it needs empowerment'

Continuing the evening’s theme of triumph over adversity, Vermeersch talked the audience through his mission to enable people to reach their full potential at work, whatever their ability is. In his job at Microsoft, he’s well-placed to advocate for his belief that "neurodiversity does not need fixing, it needs empowerment".

Vermeersch shared an honest and open account of his life. For example, about how his only friend, who had ADHD, liked football, so aged six he studied the rules so that he could play referee. Despite the bullying he endured, he stayed resilient by relating his life to the black-and-white movies he loved so much: the good guy almost always experiences troubles, but they win out in the end.

A common theme throughout the stories of neurodiverse individuals were the coping mechanisms developed to "get by" in life. For Vermeersch, this included helping his bullies with their homework to avoid getting beaten up and later organising parties, which helped him avoid being sociable but gave him social capital due to his organisational skills.

Despite being described as "Marmite" by hisearly bosses and his struggle to find a workplace that enabled him to flourish, Vermeersch has evidently done just that: flourished. After getting diagnosed in 2016, he has found a boss who trusts him and lets him work to his strengths, and soon he will be visiting 10 Downing Street.

The Future is ND is planning for next year. If you would like to be involved, please email hello@thefutureisnd.com

Why we (still) need to talk about neurodiversity (a lot louder)