There was a fantastic amount of tub-thumping going on at Media360 last week, with many clearly feeling reinvigorated amid what Claire Enders dubbed our "wonderful economic revival".

What she describes as today’s "multilayered experience", in which the average adult consumes 15 different media a day, suggests room for many businesses.

The British, we were told, consume more books, read more magazines, buy more newspapers and go online more than any other European nation.

And if that wasn’t enough to make you feel a tad patriotic, Enders finished off with a dig at the French. They, apparently, "do not read anything; they are in some kind of dead zone". I’m fairly sure my friends at Hachette Filipacchi would disagree with that last comment, but let’s not spoil the moment.

In a step-change from the usual presentations, she highlighted how, in today’s connected world, traditional media players continue to dominate.

Enders had a dig at the French. They, apparently, ‘do not read anything; they are in some kind of dead zone’

Thanks to linear and non-linear viewing, TV commands 251 minutes of our day and continues to be the biggest game in town. Enders’ observations chimed with comments from ITV’s Simon Daglish about our love of the telly, noting that the most downloaded app of all time in the UK is the BBC iPlayer, followed by the ITV Player.

At 166 minutes, our love of radio endures too. And Global’s Mike Gordon reminded us how streaming has fundamentally changed the way we consume music – shifting it from an ownership to an access model, and creating new advertising models in the process.

Radio has long considered itself to be the most collaborative medium, and Global is now spearheading the launch of the first Digital Audio Exchange – a single-access point for advertisers with the backing of all the major audio producers. Watch this space.

In consumption terms, Enders calculates online (PC) commands 59 minutes and mobile 40 minutes of our day. And while print is the smallest of the traditional media, at just 22 minutes per day, it was singled out for its all-encompassing "solus engagement".

As News UK’s Paul Hayes had noted earlier, in this age of time paucity, "any brand that can spend 30 (The Sun) to 90 (The Sunday Times) minutes with the customer is a brand marketers should pay attention to".

Yet, we were reminded just how much the print business has changed by the Daily Mail's outgoing managing director and lunch master, Guy Zitter. He recalled when his career began at the Sunday Express at the start of the eighties, it still had a circulation in excess of 3 million and, because of the trade unions, a finite number of pages. Advertisers "used to beg to get into the newspaper".

Zitter noted: "The national press in those days had enormous reach, and for some clients – a lot of retailers – it was absolutely essential... It was a very different environment altogether."

The press industry has clearly been disrupted, but Hayes for one believes it is now entering an era of "a new equilibrium". He says the news business is adapting its "core attributes" and deploying them across new formats, to produce a new paradigm.

News UK's leader suggested the industry - founded on stories - will not only survive but thrive, "because the storytellers reach inside us, not as consumers but as human beings". 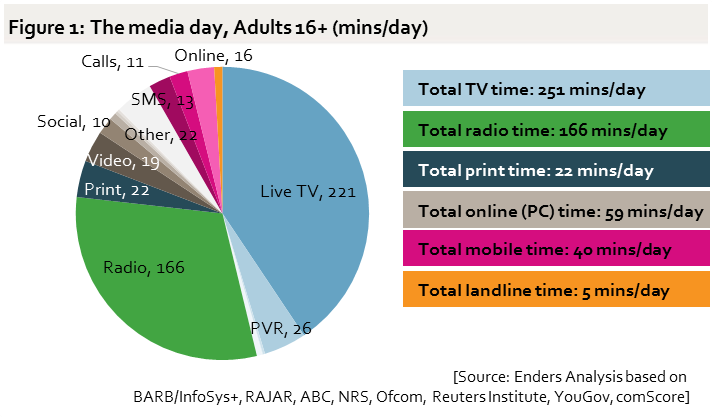 Are magazines still attractive to advertisers?

Media360: Comedian David Schneider on how brands can make the most of Twitter

Media 360: 'Native advertising is more than just a feature in The Guardian'

Media360: Jan Gooding of Aviva on the power of TV

Media360: 45% of people working in media would resign tomorrow

Media360 chair Pattison: 'Human side of our industry is really important'