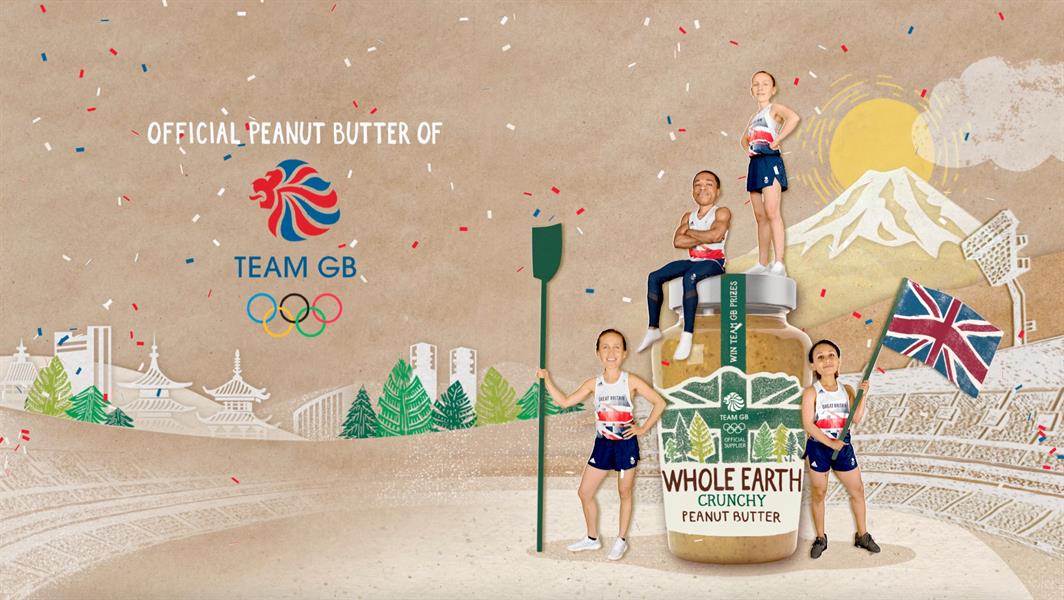 Peanut butter brand Whole Earth is launching a campaign across video-on-demand, billboards and six-sheets to promote its sponsorship of Team GB at the Tokyo 2020 Olympic Games.

Created by agency Isobel, animated ads will be shown on playback services 4oD, ITV Hub and Sky, while billboards and digital six-sheets will appear at high-footfall areas such as shopping centres in London and Manchester.

The ads show Team GB athletes using a jar of Whole Earth instead of their usual equipment.

The campaign goes live on 5 July and runs until 31 August. Media buying was through Wavemaker and Ocean Media, and it is being supported by ads on social media via Finn Communications.

British Army "A soldier is a soldier" by Karmarama

Meet the agency employee competing in the Olympic Games

Vans gets to the heart of skateboarding ahead of 2020 Olympics

Should brands skip the Tokyo Olympics and think Paris 2024?