Next year's general election, the first in the UK to centre on digital campaigns, will be captivating for marketers, writes Will Harris. 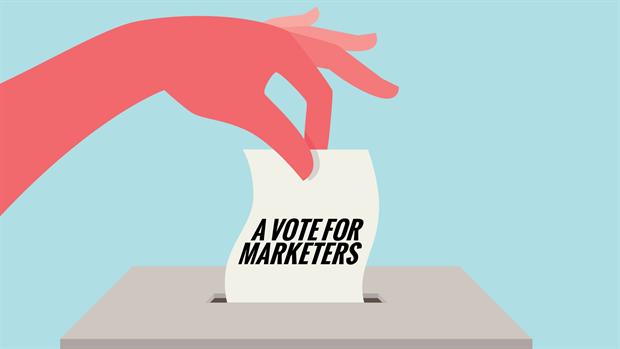 Some years are Olympic years, others are World Cup years. Next year is an election year, and, for the first time in a very long time, politics is at the heart of business. Moreover, what happens in May 2015 will directly and immediately affect all of us.

There are, of course, only three real eventualities: we could have a Labour majority (unlikely), a Conservative majority (unexpected) or a coalition government (predicted). While this third option might seem to be more like the status quo than the others, the range of candidates vying for the balance of power is pretty alarming. Next year could be the year when the long tail finally hits British politics.

So far, so predictable.

All the hard-won lessons marketers have learned over the past 10 years will, for the first time, be deployed on the British political battlefield

However, next year’s poll will be fascinating for readers of this magazine, as we’ll have front-row seats at the first digital election campaign in this country, and an insider’s point of view. All the hard-won lessons marketers have learned over the past 10 years will, for the first time, be deployed on the British political battlefield.

Consider what Douglas Carswell, once of the Conservative Party, and more recently of UKIP, says about the next election. He illustrates his explanation for the rise of UKIP with the marketer’s second-favourite story (after Maslow’s hierarchy of needs, of course), ‘The Parable of Kodak’. Once upon a time, a veritable monopoly in the world of photography was brought to its knees by new technology and new consumer behaviours. In the past, every moment was ‘a Kodak moment’. Now there is not a single one to be found anywhere. Digital cameras arrived, and the rest (and the brand) is history.

As Carswell sees it, the Tories and the Labour Party are Kodak, and UKIP is the digital disrupter. Armed with new-fangled "desktop publishing technology" (his phrase, not mine), the smaller parties are now able to disrupt and outmanoeuvre the bigger ones. Slow, flat-footed and out of touch with their voters, the two big parties will fall over and die. Make way for the new UKIP insurgency.

I can imagine that this line of logic works very well for people who don’t spend their lives living with the consequences of ‘digital disruption’. The Kodak=Tories fable has probably entered the lexicon of die-hard UKIP supporters, who trot it out at whatever social or political occasion demands it. But it’s thin and doesn’t hold up to scrutiny.

It reminds me of the first time I picked an argument with a barrister, in defence of the Legal Aid budget cuts. Once I had lumbered past my first couple of second-hand platitudes about how everyone had to share the burden of austerity, she had me on the ropes and banging the canvas for mercy within about five minutes.

If you are creating a political party at 1000 miles an hour, and are sucking in candidates of questionable credentials Similarly, the Kodak/UKIP approach doesn’t hold water. Kodak (and all those brands featured in other business-school case studies) fell over because those in the new guard were faster, cheaper and better, not just because they were new. If the new guard had not been better, it would not have prevailed. So, at the very outset, the UKIP promise and promisers have to be better than the Tories and Labour. This is problem number one.

If you are creating a political party at 1000 miles an hour, and are sucking in candidates of questionable credentials, be warned

It gets worse, though. The other issue with this digital disruption business (as the brand-owners will attest to) is that bad news tends to spread faster than good. Whereas, once, you could be a bad candidate riding a popular campaign, those days are over.

Every poorly chosen bon mot, ill-judged post, photograph or tweet lives, nascent, alongside the candidate in the cyber world, biding its time until it’s ready to emerge and humble their best efforts. In short, if you are creating a political party at 1000 miles an hour, and are sucking in candidates of questionable credentials… be warned. Don’t expect people to vote blindly for the name above the door in May next year, as they might do in a by-election. The all-seeing digital eye will work both for and against UKIP.

Then there is the nature of the beast itself. I want my surgeon to be a slow, serious man or woman, with steady hands and a warm heart. I want my pilot to be tidy, meticulous and whatever the opposite of a corner-cutter is. I want my politician to be slow and deliberate, carefully evaluating the odds and working tirelessly for our well-being.

Making decisions on the fly (or on the sofa) is fun if you are an exciting young start-up, based near a roundabout, which is only ‘learning if it’s failing’. It’s less smart if you are running a country, and you sell gold at the bottom of the market or sign up to a treaty that allows an untold amount of people to move here and claim benefit. There should be a nobility in government that is quite at odds with the buccaneering world of marketing, although, of course, we want our buccaneers to be telegenic and adept at kissing babies.

All this is bad news for single-issue parties. Voters will judge their political parties in the round next year, and make an overall assessment of their role in the body politic. They don’t make that same rounded judgement about the brand of beans they buy or even the car they drive. So when it comes to next year’s election, think like marketers, but vote like citizens.

How to become a nicer, calmer person

Viral review: Airbnb ad is a feast for the eyes

Sainsbury's vs John Lewis: which Christmas ad do you prefer?