Ash Bendelow, managing director and creative partner at Brave chooses 'Breakdown app' for the AA as this month's winner of the Aerial Awards

Bendelow: I chose this ad because... 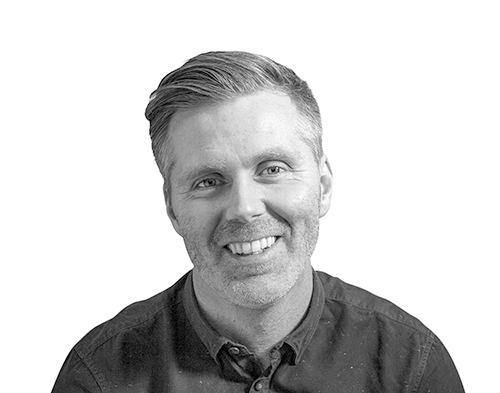 For me, "The fourth emergency service" is one of the best lines ever written for a brand. The AA is an iconic institution pretty much unchanged since this line was first used. What has changed, however, is that cars don’t break down like they used to, and the fear of having to walk to find a phone just isn’t there. So what can you do?

Context is the first tick, and where the medium and creative wins for this new ad for the AA, the original on-demand service. Many people will be in their cars listening to this.

The borrowed interest of the Red Dwarf crew provides a memorable platform. But the cultural reference also gives permission to create an abstract environment, characterful voices, comical scenario and recognisable audio triggers to create the impact from which to land the point: tap and track your AA (wo)man from your phone.

You have one sense – embrace it!
Radio advertising presents an opportunity to evoke a mental picture in the listener that is uniquely personal and can dial up emotion. Play to its uniqueness as a medium.

Don’t be lazy – write for purpose
Too many radio ads feel like they are the ‘ginger stepson’ of TV you had to embrace, but your heart wasn’t in it, so you wrote the radio execution in the cab on the way over.

Check that you have an idea, not just an execution
Stress test the quality and understanding of your own idea, writing the execution for radio before any other medium.

SFX Red Dwarf opening fanfare.
Kryten Red Dwarf Ship’s Log alpha 5431. The ship’s engines are dead and we’re drifting helplessly towards a nearby sun. It appears there only one sensible thing to do… Engage panic mode! (Rimmer, Cat and Kryten ad lib panic.)
Lister Guys, guys, relax. I’m with the AA. You just tap the app and help’s on the way. It even lets you track the mechanic right to your side.
Cat Wow! That’s the most impressive thing I’ve seen since the last time I looked in the mirror!
SFX Red Dwarf music plays.
VO The future of breakdown, today. The AA. Drive smart. See theAA.com for details.