Stephen Pirrie, social strategy director at AnalogFolk London (below), examines what Facebook hopes to achieve with its headline-grabbing acquisition of WhatsApp. 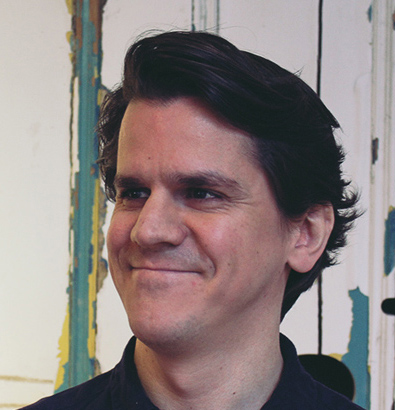 Facebook has agreed to buy WhatsApp in a deal potentially worth $19bn (£11bn). The appeal is clear: the instant messaging network now boasts 450m monthly users, with 1m new users registering and half a billion photos being shared every day.

"WhatsApp is on a path to connect 1bn people. The services that reach that milestone are all incredibly valuable," Facebook CEO Mark Zuckerberg said in an official statement.

"WhatsApp is the only widely used app we've ever seen that has more engagement and a higher percent of people using it daily than Facebook itself."

The acquisition is the largest in the company's history, dwarfing the $1bnpurchase of Instagram in 2012. But with no established model for monitisation, speculation is rife as to the future of the platform in its new guise.

The issue may run even deeper than that. It is no secret that Facebook are struggling to maintain the interests of younger users, as their preferences tend increasingly towards instant messaging services. Not only is there no established model, but traditional ad rollout seems incongruous with the nature of the platform.

Jan Koum has been a passionate detractor of advertising rollouts in the past, calling them a "disruption of aesthetics".

Zuckerburg addressed the issue directly stating, "I don’t personally think ads are the right way to monetize messaging." It’s not difficult to imagine any branded interruptions to private messaging sending users running for the hills, and into the arms of numerous competing services. The highly personal nature of these interactions doesn’t leave much space for brands to squeeze into.

Co-Founder and CEO Jan Koum has been a passionate detractor of advertising rollouts in the past, calling them a, "disruption of aesthetics," "insults to your intelligence," and an "interruption of your train of thought".

The acquisition does not appear to have changed his mind, stating in yesterday’s post that, "You can still count on absolutely no ads interrupting your communication. There would have been no partnership between our two companies if we had to compromise on the core principles that will always define our company, our vision and our product."

However, interruptive advertising is no longer the first thing that comes to mind when progressive brands consider social media.

Engaging users has overtaken straight up advertising for some time. The big opportunity around messaging apps for brands is that their user profile can send push messages directly to fans’ phones, where they are notified. It takes subscribing to a brand far beyond the personal intimacy that the ‘likes’ or ‘follows’ of other social platforms deliver. In fact, a few brands have already engaged users successfully on WhatsApp. This is primarily due to the nature the limited feature set of the service.

WhatsApp enables one-to-one or group messaging along with the ability to send images, video, audio, contact info and current location data. These are hard spaces for brands to currently infiltrate. Brands that have used it have set up personas. Absolut in gave away two tickets to a party by allowing fans to message "Sven", a fictional bouncer who could be contacted on WhatsApp.

Meanwhile, Israeli chocolate brand Klik set up a user profile and played a version of ‘Simon Says’ with fans.

’s WeChat is treading a different path altogether with brands. Their feature set is wider and is born out of a mobile-first approach that Facebook has struggled to deliver. The interface supports newsreader capabilities allowing users to read articles in a Pocket-esque uncluttered format.

If WhatsApp stay true to its promise, then maybe Zuckerburg sees a more data-led opportunity to monetise the service.

As brands become publishers, this feature become ever more relevant. WeChat even allows Chinese users to connect their bank accounts directly to their WeChat profile to play games such as Lucky Money (effectively microgambling). ’s Merchant Bank allows users to check their bank balance through the app. With banking details, the opportunity for direct retail is clear. For example, Thai drinks company Chang allows users to order home deliveries with simple text instructions.

However, if WhatsApp stay true to its promise of "No Ads! No games! No gimmicks!", then maybe Zuckerburg sees a more data-led opportunity to monetise the service. If users’ chats in WhatsApp began to inform the ads or content you are exposed to on Facebook or Instagram, then that might constitute a decent return on investment. Instagram has started to operate a similar system as stated in their ad Q&As.

It’s not too much of a stretch to imagine WhatsApp asking users to link to their Facebook profiles before the end of the year, and once that connection is established, WhatsApp could well lead to an era of hyper-targeting. How users would perceive such synergy is another issue entirely.

Mobile gamers: Brands must approach with caution but can reap rewards

MWC 2014: Zuckerberg says social networks could be web's version of 911

Facebook buys WhatsApp for $19bn but rules out ads