If you think a local TV channel like London Live has already been tried before, you haven’t been paying attention.

From 6.30pm on Monday, the London Evening Standard’s new venture will become the capital’s first 24/7 TV channel, enjoying prime real estate across all the major platforms and with social media baked into its DNA.

A small management team has been responsible for bringing London Live to life, led by chief executive, Andrew Mullins – best known as the architect behind the Standard’s move to a free newspaper and for driving the launch of the first concise quality daily, i. The TV channel is Mullins’ biggest gamble yet.

Up to £1 million has been invested in new studios within Northcliffe House – three overlook Kensington High Street and one the Standard and The Independent’s newly integrated newsroom. An additional £18 million has been ring-fenced for London Live’s first three years.

Speaking days before launch, Mullins, a former Diageo and Unilever marketer, maintains his trademark calm exterior, but there are signs of pressure: there is no time for niceties, a scrap of tissue suggests an all-too-quick morning shave and he’s keen to stay away from his new studios ("too much on show").

The vision is clear: the new channel has to stand out. There is no point in producing the same as what is already available but with a smaller budget.

"When you see the presenters and the content, it’s all so different," Mullins says. "The way social is feeding into the programming and the talent we’re using – it’s all incredibly diverse, multicultural and on the edge."

Not everyone is convinced – London Live’s landlord, Daily Mail and General Trust, rumoured to be among them. Memories of DMGT’s own foray into London TV, Channel One, still linger. Sources suggest the 1998-2001 venture cost Lord Rothermere’s group more than £40 million.

But the media landscape has changed immeasurably since then. Digital and technological developments have smashed barriers to entry, while analogue terrestrial channels no longer exist.

Then there’s the incentives created by Jeremy Hunt in his role as the Culture Secretary. It's easy to forget local TV formed a key part of Hunt’s media policy for the newly elected Conservatives. During his tenure, the Department for Culture, Media & Sport secured local channels prominence on EPGs, £25 million in start-up costs from the licence fee and £5 million a year for the first three years for new channels.

"When Hunt first announced the idea, we were not interested," Mullins admits. "In those days, linear TV looked like it was coming off the boil. ITV was in trouble and it looked like it was a potential area where audiences would be leaving."

At the time, Mullins was navigating the transition of newspapers into digital assets. He describes the Standard and The Independent as being "behind the game online" with a lack of video content – an area that was starting to gain traction with advertisers.

"All of a sudden, we flipped around [on the London TV idea] – could this be our way to enter into video creation and start with a helping hand from Ofcom? We realised we could invest massively and, instead of chasing everyone else, we could try to leapfrog them."

It was February 2012 when Mullins and others put the idea of a multiplatform London media strategy to Evgeny Lebedev. The Standard had completed its second year as a free proposition, reduced annual losses from £30 million to £7 million and was on track to become profitable later that year. The Independent, however, was still losing more than £1 million each month.

Mullins says: "We put the idea before Evgeny: this is how the portfolio could evolve, what do you think? I think he’s always been attracted by TV, and I think his father [Alexander] has as well. Put within the portfolio positioning, everyone thought: yeah, let’s give it a crack."

The group then hired its first full-time TV member of staff – Tim Kirkman, the chief operating officer – to compile the launch submission for Ofcom. As the proposition developed, and wider market trends continued, it took on new urgency. Mullins reveals: "In the months beforehand, I realised: if we don’t win it, we could be in trouble." 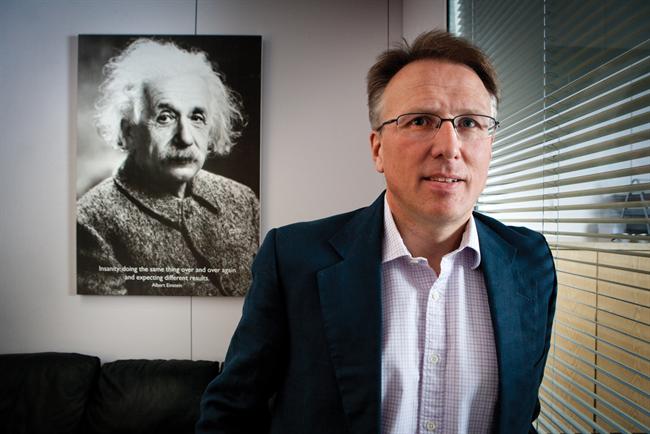 Ripping up the rule book

By the time we reach the main studio space, Mullins’ reticence to follow appears justified as Campaign stumbles into a photoshoot taking place with Russian owner Lebedev for The Guardian.

He looks so immaculately turned out – charcoal shirt blended with black sheen tie and leather jacket, and the most precisely trimmed beard you’re ever likely to see, that the ensuing piece rightly picks up on his "unreal" quality. However, the article’s preoccupation with the fact he doesn’t look like a newspaper man is indicative.

Trying to judge people based on appearances can be a loaded occupation. How do you change the status quo without breaking from convention? If the press is going to survive this current communications revolution, it needs to look well beyond its past.

London’s new local television channel will not be like anything else we’ve seen before. Many of the people in front and behind the cameras do not represent your usual TV fare, and those that are old broadcast hands [Jane Mote, Vikki Cook and Jonathan Boseley] all talk of a remit to rip up the rule book.

Its daily evening programme Not The One Show, for example, promises to provide an irreverent and unpredictable lowdown on the day's events, encompassing views of local residents, comedians, writers, DJs and bloggers. It forms part of five and a half hours of daily news and current affairs programming, which start at 6am with Wake Up London – a breakfast show punctuated by "bite-size" news, travel, sport and weather for the day ahead.

Outside of news, there's Food Junkies, a series made by Jamie Oliver’s production company Fresh One about London’s secret foodie hotspots. More offbeat is Drag Queens of London, a docusoap celebrating the dynamism of London's drag scene. The original content will sit alongside more familiar acquisitions such as Peep Show, Spaced, Twenty Twelve and White Teeth.

London Live is one of 19 local TV channels launching this year, but enjoys distinct advantages. The capital is a city like no other, generating a quarter of the UK’s GDP, with a population of around 9.2 million. Like it or not, the economic gap between London and the rest of the UK is widening. According to think tank Centre for Cities, it is now sucking in talent like never before, with almost a third of people aged between 22 and 30 who moved cities heading for London last year.

London Live’s target market is 16- to 34-year-olds and, in terms of reach, there is talk of 0.7 per cent of London viewers being a realistic target. For primetime shows, that is roughly 60,000 viewers. Mullins admits: "Frankly, I’ll be totally disappointed if we have those levels of share, but you have to be realistic – we’ve never done it before."

Jon O’Donnell, the group commercial director, says clients are interested in multiplatform conversations. London Live’s launch advertisers include BT, Vision Express, Halfords and Homebase, and it is attracting new brands to the Standard too in the form of KFC and Coca-Cola.

The channel has also established longer-form content partnerships with L’Oréal (via Maxus) and Westfield (through Arena). London Live is free from the restraints of Ofcom’s ad minutage rules, paving the way for branded content opportunities.

London Live’s website will have the ability to view news and features packaged around individual boroughs of the capital. This will create clear verticals for local brands to advertise around or for national brands wanting to run highly targeted campaigns.

But O’Donnell is savvy enough not to overplay his hand. His 145-strong team are treading carefully: "Clients want things to be as simple as possible. It’s about creating multimedia efficiencies and smarter distribution platforms that can reach our young, upwardly mobile audience of social explorers at different times of the day."

Mullins, who turned 50 last week, has a picture of Albert Einstein in his office along with the quote: "Insanity: doing the same thing over and over again and expecting different results." Judging from the way the chief executive and his team have shaken up the press industry in recent years, it is clearly something he has taken to heart.

London Live is the latest strategic play from a group trying to reposition itself. "The sum of the whole is many more times the sum of its parts," Mullins points out. "If, in three to four years’ time, we’ve found a way to cost-effectively migrate the business into a digital video business, we’d have done a bloody good job."

London Live chief executive: 'We can't keep propping it up'

It is still possible to breathe life into London Live

Will Lebedev's London Live be a success?

London Live to open up ad opportunities for long-form content