So many brands are still getting it wrong when it comes to marketing to women, writes Christian Ward, media and marketing editor at innovation firm Stylus.

At the beginning of December, the ‘Everyday Sexism’ Twitter project reached 50,000 tweeted examples of harassment and discrimination against women. A sobering number - and the media coverage the initiative has achieved is testament to how vital and visible this issue has become in the past two years.

Across social media, and society in general, the conversation about women - what they want, how to engage them - is shifting dramatically.

As we noted (taking the lead from Arianna Huffington) in our Future Female industry trend, a Third Revolution in feminist thinking is underway. It’s not about simple equality - it’s about actively changing the way media, business and politics works, by encouraging increased empathy, connectedness, patience and flexibility. 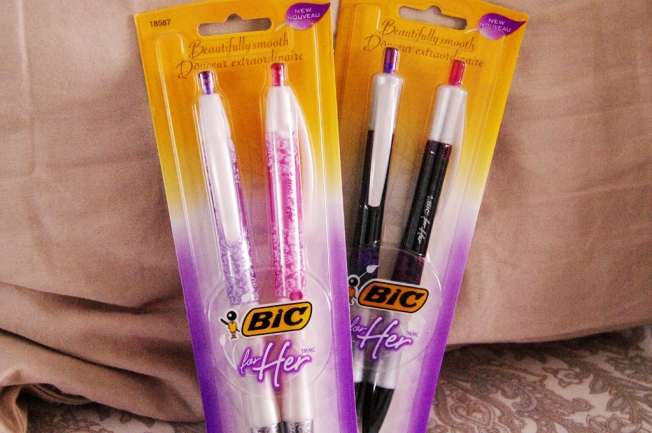 There are a number of notable women driving this change in sensibility, profiled by Stylus in our Icons of New Feminism report. Top of the list is Bridget Christie, whose comic show ‘Bic For Her’ examines the exasperatingly old-fashioned thinking behind Bic’s much-derided "lady pen".

Bic was not alone in 2013 in failing to understand just how damaging this sort of nonsense can be for a brand in the Twitter era. Samsung was this recent awarded worst advert of the year by the Guardian for its ‘All A Girl Needs’ campaign, which fell back on antediluvian clichés of want women want and was loudly pilloried across social media as a result.

The good news, though, is that it’s not difficult for brands to steer clear of these mistakes. And the opportunities for those that get it right are huge.

A useful litmus test for campaigns aimed at women is to "gender flip".

The key takeaway from the failed campaigns is this: women are not a homogenous group. Once you start generalising, you’re doomed. As Stylus discovered when researching our ‘New Rules For Marketing To Women’ report, it’s surprisingly easy to steer clear of cliches when you treat women as individuals.

Holly Buchanan, marketing consultant and author of ‘The Soccer Mom Myth’, has her own way of judging whether marketing has steered clear of the usual feminine clichés: The Buchanan Test. The three questions you need to ask of your campaign, if you want to engage the future female? "1. Do you feature a woman outside of the home? 2. Do you feature a woman in a role other than ‘mother’? 3. Is she NOT doing yoga?"

Another useful litmus test for campaigns aimed at women is to "gender flip". American Apparel came under fire for the way it portrays women in a far more sexualised way than men in both its advertising and online store.

Bloggers and designers subverted the brand’s clichéd marketing by flipping the genders, exposing how ridiculous their female models’ poses look when imitated by men. Gender-flipping swiftly became a meme – the most celebrated recent example being the feminist version of Robin Thicke’s controversial Blurred Lines video.

As a way of subverting stereotypes, gender-flipping is a useful exercise for brand marketing: it can expose whether your campaign suffers from clichéd, gendered thinking.

You can, of course, break female demographics down to recognisable tribes, useful for when you need - as Buchanan puts it - to "focus on a ‘slice of life’ moment with one genuine emotion."

Think differently, and you’ll have a demographic controlling $12 trillion dollars of consumer spending ready to take you seriously.

In ‘Future Female’, we shine the spotlight on a number of specific groups, including millennial mums, indie women and boomers. These audiences will be key for brands to revolutionise the way they market to women.

Millennial mums are those socially connected and born between 1978 and 1994; indie women are single women between 28 and 34 who are content with putting off marriage and children; and boomer women are those over 50 that are big online spenders. All have different priorities in life and require different approaches. Therefore, brands need to understand each audience and ensure their products or services are appealing to the target market.

For example, millennial mums – much like their male counterparts – are highly connected. They trust each other, not brands. If you want to take part in their conversation, you need to be providing utility, not simple marketing messages.

Ogilvy Chicago created a campaign for Huggies that ditches a stereotypical soft-focus mother-child approach in favour of a realistic portrayal of couples coping with the challenges of expecting. The campaign included a Facebook page where parents could ask questions about coping with pregnancy.

Highly specific issues – questioning "How accurate are ultrasounds?", for example – were foregrounded to promote the message that Huggies understands the needs of new mothers.

It seems ridiculous, in 2013, to be talking about engaging women in a fresh, cliché-free way as marketers. But the evidence that so many brands are still getting it wrong is all around us. Think differently, and you’ll have a demographic controlling $12 trillion dollars of consumer spending ready to take you seriously.