When I was a brand marketer, I believed my role was to have a clear vision for my brand and to implement that vision with clarity and courage, writes Trevor Cairns, CEO of LOVE.

I believed the role of my agency was to challenge and create transformative strategy and creative ideas for my brand.

Now I’m agency-side. And I still believe these definitions are right.  Yet marketers of bravery and vision seem to be an ever-decreasing minority within the marketing population. And that’s translating to a rising tide of mediocre work.

You can build a healthy business being mediocre, charging handsomely and making a tidy margin. But that work is a world apart from the tier above - what’s transformative about churning out crap?

Ad legend Dave Trott recently said 90% of advertising was rubbish, which equates to around £17 bn of wasted demand creation in the UK alone. And that’s just advertising. Apply the same percentage to digital, design and so on, and you’re heading for something approaching the UK budget deficit.

So, what’s driving the race to the bottom? Here’s a few theories:

Careerists with an inward view

Too many brand marketers are trying to keep their jobs rather than transform their brands.

They function within two-year career cycles where "not screwing up" is the path to promotion rather than risk taking and revolution; earning moves based on time served rather than objectives achieved.

Marketers function within two-year career cycles where "not screwing up" is the path to promotion rather than risk taking and revolution; earning moves based on time served rather than objectives achieved

We are asked on a daily basis to prepare "internal" presentations, to tweak a page in a brand book and a multitude of other activities that have little or no impact upon consumers’ lives.

That is money spent satisfying internal stakeholders rather than engaging external audiences. It didn’t seem to happen five years ago, but today it feels that an internal focus is increasingly the norm.

A lack of courage

Your brand equity is declining, consumers are walking away from your brand in droves and yet the extent of the company’s ambition is to do more of the same. Changing a few things around the edges, while failing to address the core issue.

We were recently approached by a number two brand that was losing ground to its bigger rival - a consistent erosion in market share that had been developing and advancing for five years.

Helping the underdog to beat the top dog is always a great starting brief. They couldn’t compete on bought media with the market leader, so we had to push the creative much harder, suggesting a complete reinvention of their marketing strategy that would move the brand into culture, with the aim of generating a much greater share of voice.

After weeks of deliberation, they asked us to evolve their current print campaign. The print campaign that had run for the past 24 months as the market leader stretched its market advantage.

Of course the fundamental issue here is bigger than just the print campaign, but it certainly wasn’t helping. Transformative? A client of vision and courage? No. Of course, we declined.

The supply chain director doesn’t consult you on shipping routes from Indonesia (and neither should they) and you shouldn’t consult them on your forthcoming campaign.

Vision doesn’t need to be mired in process, gateways, committees, brand worlds and a search for harmony.

Empower your key people; trust their instincts and those of your agency. The gut is mightier than the focus group.

In 2010, I was chief marketing officer at Umbro after Nike acquired the brand.

We were re-positioning the brand to operate at the intersection of football and culture, opening up completely new channels of conversation in the worlds of music, style and design.

In an agency brainstorm, we came up with a scheme to forgo the merits of John Terry, in favour of launching the forthcoming England away shirt on a football-loving band at one of their overseas shows.

A few weeks later, I presented a visual mock-up of Kasabian’s lead singer, Tom Meighan, walking onstage in Paris to the rest of the board. 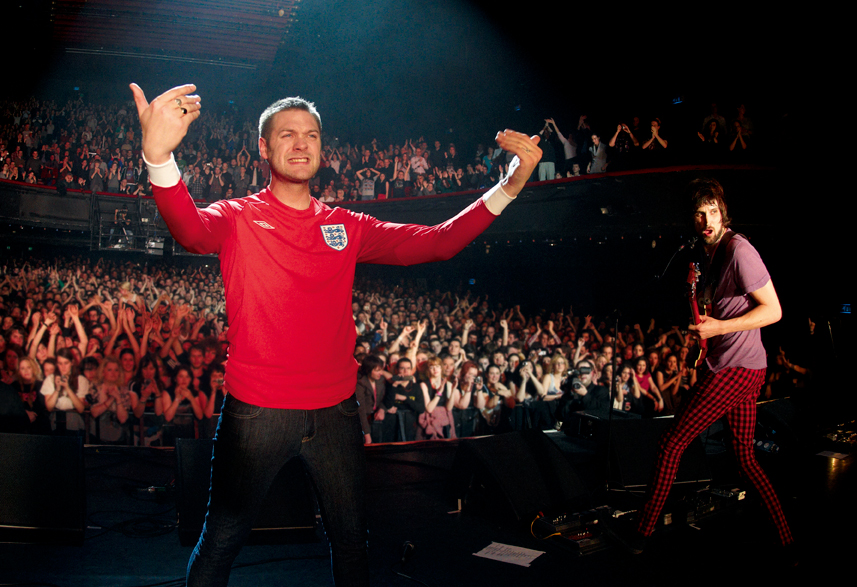 Our CEO asked the other directors who thought it was a good idea. I lost the vote 9-1. My CEO told me to do it, saying: "As the brand guardian we trust you to do the right thing".

Tom walked onstage a few weeks later and approximately 30 times the typical England kit launch audience saw the kit as it showed up everywhere from the NME to the lifestyle pages of the Sun. Sell-out was fantastic. That was a reward for my CEO’s courage, but I firmly believe he is in the minority.

Agencies need to be challengers

I know from experience the complex internal workings of big brands.

There’s pressure and politics swirling in equal measure. And that’s why bravery is a mutual responsibility. It’s not just on the marketer. Agencies have to be just as brave in challenging briefs and the category conventions they are presented with.

They have to demonstrate insight and understanding of the retail marketplace and competitive landscape to instil confidence in the idea. To show business as well as brand effectiveness. Addressing mediocrity is a two-way street.

A significant number of our new business wins this year has come from not answering the brief. Not to be different or to try and stand out, but simply because at times, we believed that the brief wasn’t addressing the fundamental business challenge.

It takes a brave marketer to accept answer "b" when they’ve asked question "a", but it’s a great starter conversation to have when considering a potential partnership.

It would be easy to take on those without vision, invention and courage. It would be lucrative – in all likelihood we’d be bigger, we’d make more money, we could even, heaven forbid, enter more awards. What agency head doesn’t fancy that in these difficult times?

This one for starters. We all got into this industry to do great work and that shouldn’t be forgotten for profit.

And if the rewards follow that good work, then that’s fantastic too. But start with the work and challenge each other to new heights. I don’t want to see my creative director’s face when he’s asked to evolve someone else’s print campaign.

I don’t want business that means that I have to recruit 25 people overnight - where bodies become more important than culture.

I don’t want to tweak your brand book for the 43rd time this year. And ultimately I don’t want a reputation long fought for to be diluted by a race to the bank.

Together, brand marketer and agency, let’s challenge each other to be the force for good work. If we do, more marketers will have the confidence in their agency when presented with brave creative to repeat those famous words of Richard Branson, ‘Screw it, let’s do it!’ It’s not done him much harm.

Inside the Design Museum's 'bond with brands' exhibition

The hipster is dead, let's start an anti-authenticity movement

In the uber-transparency era, brands must dig deep and shine from within