In brands' persistent, misguided belief that they can market to mothers as a homogeneous group, their characterisation of women ranges from the idealised to the absurd, writes Nicola Kemp.

For me, it happened very quickly. Immersed in the euphoria and dreamy sleeplessness of first-time motherhood, the unannounced arrival of a health visitor soon burst my bubble. As she dithered through her list of questions, she would periodically ask "... and how is mum?" While my husband was addressed by name, I had seemingly sleepwalked into the invisible, nameless vortex of Mum. 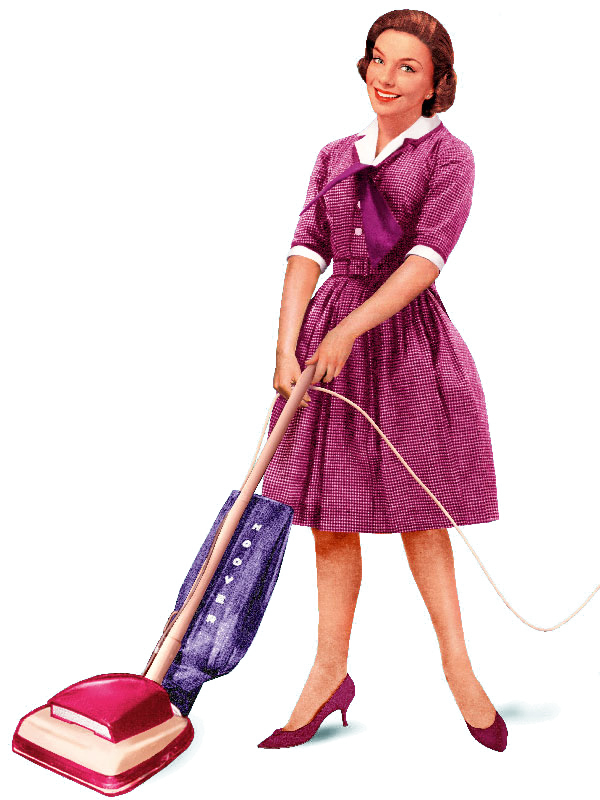 While the world has changed irrevocably, powered by the digital revolution, all too many brands are guilty of attempting to shoehorn women into this unthinking, one-size-fits-all category. The fact remains that women are much more human than the catch-all term 'mum' permits.

Research carried out for Marketing by FanFinders, the owner and operator of Your Baby Club, the fastest growing mum and baby community in the UK, reveals that 46% of mothers believe that marketing presents unrealistic ideals that they should be living up to. The research, which polled more than 5000 mothers, also found that 28% find marketing aimed at them sexist.

Alistair Macrow, senior vice-president and chief marketing officer at McDonald's UK and Northern European division, says brands are starting out on the wrong foot: "When you write 'mum' as the target audience of the brief, you are already getting it wrong. You need to ask the right questions first."

According to Macrow, marketers aren't getting it right because they aren't striking the correct balance between women's roles as mothers and the fact they are still a person in their own right.

Mothers might be forgiven for believing that many brands see motherhood as a role of unrelenting drudgery. From the Bar-Be-Quick instant barbecue kit and bags of charcoal featuring the patronising slogan "Mum's night off - let's barbecue" to formula milk brand Aptamil's assertion that you can simply "choose to move on" from breastfeeding, brands often appear at odds with the true complexities of motherhood.

Much of this disparity appears to be driven by a belief that mothers' lives are either a series of mundane tasks to be completed or an experience that must be viewed through a lens of pastel perfection. There is no rich emotional connection to be found within these black-and-white depictions of motherhood.

In fact, research from Mumsnet and Saatchi & Saatchi found that 58% of mothers agree that "marketers treat motherhood as an activity, filled with things that I have to do, instead of a meaningful relationship with my kids".

Yet the language of marketing to these women remains as staid as it is combative. With brands demanding ways to win over the 'gatekeeper mums', it is little surprise that some marketers are losing sight of the key emotional drivers of motherhood.

A new perspective: moving beyond stereotypes

Notably, some of the best advertising to be aimed at mothers is based upon deep insights into the true complexity of their lives, as opposed to focusing on one role among the many they fulfil. 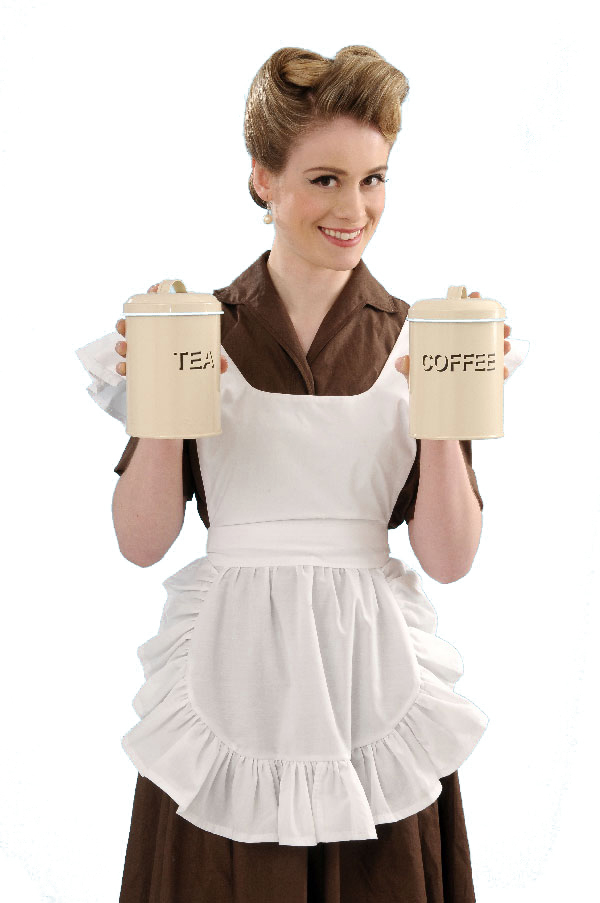 Graeme Pitkethly, executive chairman of Unilever UK and Ireland, says it is not possible to treat mothers as one homogeneous group, and it is inadvisable to stereotype them.

Pointing to the success of the Dove personal care brand, he explains: "Dove isn't about mothers, it's about women. The core authenticity of the brand is particularly relevant to teenagers and they need to see their mum as an equal."

It was this insight that drove the emotionally charged Dove 'Legacy' campaign, he explains: "The aim of 'Legacy' is to help mums remember the impact that their relationship with their own beauty has on the world around them. It's a genuine lesson."

While a mass of research confirms that pregnancy and first-time motherhood is a key time for brands to reach women, who often reappraise their brand allegiances during this period, it is also a time of heightened sensitivities.

Nonetheless, Nick Hadfield, a director at FanFinders, says that brands should beware of treating mothers like china dolls. "You can say things that they might not agree with, but, rather than focusing on gloss, you need to focus on building trust," he says. "The general problem is the way brands usually get their message across - by interfering, diverting your attention from what you are doing, rather than building your trust by providing information when you need it."

The elephant in the room remains the fact that only 3% of creative directors are women. Speaking at Mumsnet's Mumstock conference in March, Roisin Donnelly, brand director, Northern Europe, at Procter & Gamble, said: "There aren't enough female creatives and there aren't enough creatives that are mums. If we changed this, we would do a better job."

We all hold our own implicit biases, but when the emotional stakes are so high, a failure to understand the reality of consumers' lives can be catastrophic for brands.

April Redmond, chief marketing officer at Kerry Foods, says: "I had a baby later in life and I thought I knew about marketing to mums - then I realised I knew nothing. Price and quality are important, but there is (an array of other) things that come into play. The key is understanding mums as well-rounded people."

For many brands, this shift in thinking starts with ensuring that mothers' voices are heard within their businesses. Unilever's Pitkethly says that companies targeting mothers must also think of their business practices. "This is about more than just marketing," he says. "People are buying into our company, not just our brands. We have market-leading maternity and paternity policies and being family friendly is crucial."

It is clearly time for marketers to ditch the one-size-fits-all 'mum' label. Rachelle Headland, managing director of shopper-marketing agency Saatchi & Saatchi X, says the industry needs to stop and understand the meaning of the simplistic three-letter word it uses to describe the complex and varied group of women with children. "We will then understand the woman behind the 'mum'," she says. "By understanding the person, rather than the role, it is easier to identify credible ways to engage."

The answer doesn't lie in removing or ignoring the vulnerabilities, complexities and sheer unbridled joy of motherhood. It lies in recognising these intricacies exist and adapting marketing and business practices to better embrace them.

35% of mothers feel 'pigeonholed' by brands

28% feel marketing to mothers is sexist

32% feel most marketing to mothers is patronising

The permissive maternal style is often most evident in big families with limited resources - particularly affluence. There is often a huge focus from the mother on the family with all its joys, trials and tribulations, and the attitude is largely "live and let live - everything's really just a phase". It is more prevalent in families where there is a variety of ages present - from very young to much older teenagers or young adults. Mothers will have seen the development of a number of children and to some extent learned to accept their relatively limited influence on what actually happens in their children's lives.

Permissive should not be confused with being uncaring or laissez-faire - often these mothers are the most emotionally entwined in their children's lives.

They respond to brands and propositions that make life easy, offer convenience, have a cheerful and relaxed persona, and/or provide a bit of impulsive excitement occasionally. Think Aldi.

These are often women who had relatively highly charged careers or jobs prior to motherhood. They will have at least two children and made a decision at some point that they would dedicate themselves to raising the family as a specialism. 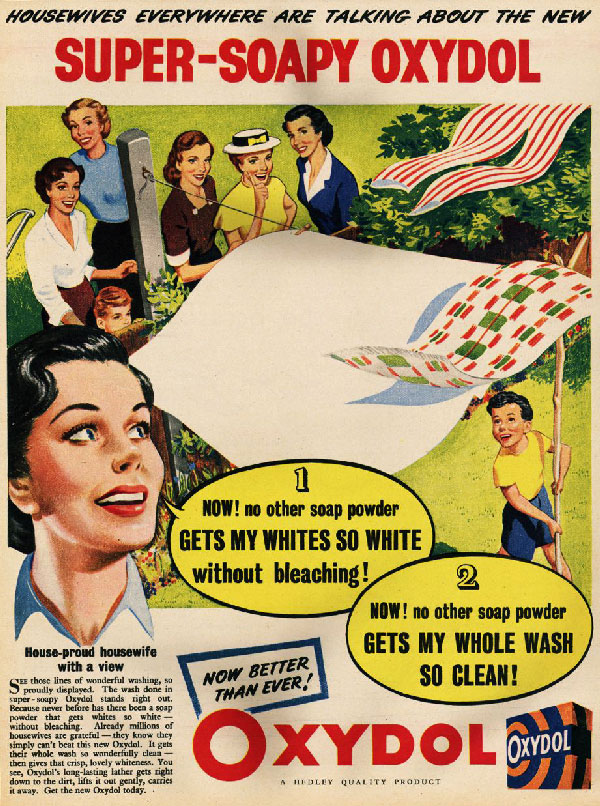 They will often apply the same rigour, intellectual curiosity and ambition to the success of their children as they did to their jobs. Many express frustration at not fulfilling their own potential and may be channelling some of that frustration into the expectations they have for their children.

They have ample time, money and intelligence to apply to their children's development. These mothers are very proud of their children, and all their successes.

They are often as diligent about their own health and wellbeing as their children's: they keep fit and eat well, and are often heavily engaged in the wellbeing discourse.

Professional mothers respond to brands that have powerful stories that engage their intellect as well as their desires. They like brands that focus on provenance and those that they feel they 'discovered' for themselves; they are often early adopters of brands, like ones that feel niche, and will often hook into wellbeing brand trends. Think Dorset Cereals.

The defining characteristic of Purposeful Mum is that her underlying purpose in life - and so in most decision-making - is creating a better life for her children. To do this, she tends to be a striver: working hard - often very hard - both within and outside the home, in order to provide opportunities for her children. Because she is often working, or working part-time, she tends to be (or needs to be) a planner who thinks forward, likes to create order, and wants to know what's round the corner. She tends to be an authoritative parent: warm and responsive to her children's emotional needs, but setting limits, using lots of reasoning, and taking stands where necessary, particularly in regard to behaviour.

Purposeful Mum is the majority segment in most categories. She is more likely to be mid-market with primary-school-aged children and a smaller family.

She is attracted to brands that help create order, are clear, straightforward, respectable, reliable, have strong values and value, and, at some level, set out to make things better. Think John Lewis.

This can be the Purposeful maternal style as children age. This style suggests a more level relationship between mother and child. These are the women who go out for a drink with their teenage daughters; shop in the same stores; discuss the ins and out of their romantic lives with few boundaries about what is up for debate.

Parents who adopt the 'Pally' style often had unconventional relationships with their own parents - perhaps where lines were blurred between adulthood and childhood. There is an open and easy relationship between parents and their children.

We see this style growing in the maternal audience. Women are older when they have children and have experienced often varied and interesting lives prior to motherhood. 'Middle age' no longer arrives with a twin set, pearls and a Mozart download. Women are feeling younger for longer, so the distance between them and their teenage or young adult children is narrower - and the common ground greater.

These women often share brands with their children. Think Zara.

Why I'm taking my toddler to Cannes

Whatever the intention, Baby Dove's new campaign is validating bigots

'Having a baby is not like buying a pair of Louboutins,' says Guardian columnist

Power, political marketing and the fear agenda: everything you need to know