Accusations of fear-mongering are flying thick and fast and threatening to tear apart the Government, but does the EU referendum's Remain campaign have any other option?

The campaign for the UK to stay in the EU has already been branded ‘Project Fear’ by detractors, while Scotland’s First Minister Nicola Sturgeon has called for a positive case to remain in the EU because "miserable and negative fear-based campaigning isn’t very effective".

Recent evidence would suggest otherwise after the SNP ran a very effective campaign for independence yet was ultimately defeated by the fear of the unknown.

So is it possible for the party defending the status quo, whether it be in a referendum or a national or regional election, to win without pandering to this fear?

"The incumbent position must always sell fear of change and on the other hand the challengers have to sell anger," says politicaladvertising.co.uk founder Benedict Pringle. "They have to make people so pissed off with what is going on that they are willing to ignore the devil they know and go with the devil they don’t.  I have never come across a single election where those strategies were not adopted."

Dylan Sharpe, head of PR at The Sun and former head of press for the No to AV campaign, believes it is disingenuous of Sturgeon to claim the Remain campaign can win by focusing on a positive message and argues "fear works".

"The idea of the positive campaign is something people say when it is not their jobs on the line," says Sharpe. "Nicola Sturgeon can call for a nice campaign because she knows ultimately she is not going to be front and centre and the Scottish people are the most positive about the EU so it is playing up to that demographic."

Sharpe highlights his own experiences during the referendum over whether to switch from the first past the post system to the alternative vote.

"We were often told we needed to focus on the benefits of first past the post and how most of the time it does not produce coalitions or unstable governments," says Sharpe. "We polled this and people just didn’t care then we introduced this idea AV costs people money and it massively changed and motivated them to go out and vote and we won that handily."

Tim Duffy, the chairman of M&C Saatchi Group, believes the Remain vote has no other option but to focus on the potentially negative ramifications of the referendum because it is not simply about electing representatives or leaders but has "huge geo-political" significance.

Duffy, who by his own admission is a supporter of the Remain vote, says focusing on the negatives of Brexit is "not fear mongering" and is instead the "right and appropriate thing to do".

He highlights that the name of the Remain group – Britain Stronger in Europe – is by nature a positive statement, but by highlighting the UK is stronger in Europe the campaign has to spell out why the UK would be weaker following a Brexit.

Duffy argues the famous poster of last year’s general election, which was created by M&C Saatchi and featured former Labour leader Ed Miliband in SNP heavyweight Alex Salmond’s pocket, demonstrated the strength of the Conservatives as much as the perceived downside of a Labour-SNP coalition. 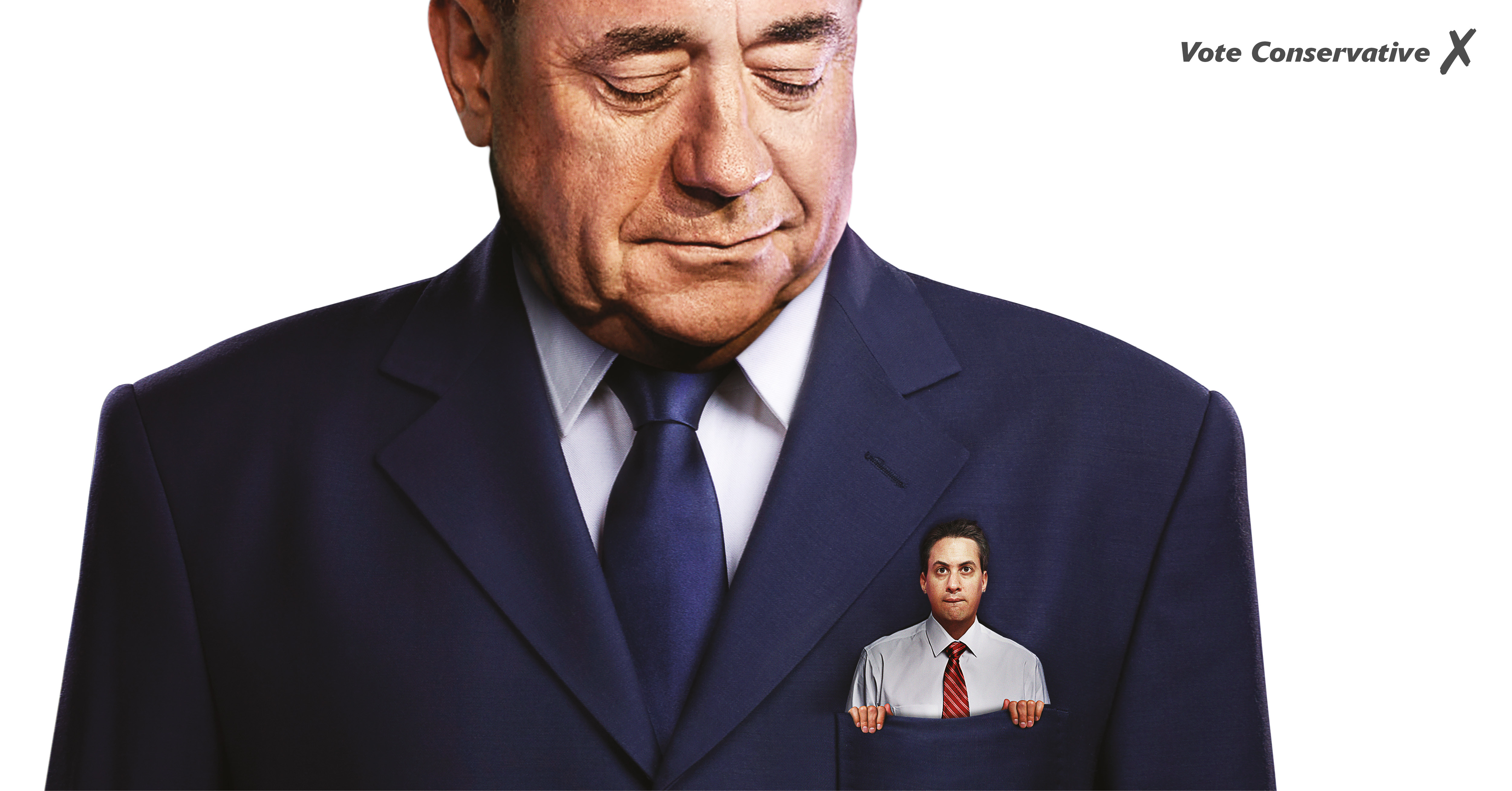 "Political advertising is strongest when it is pointing out the weaknesses of the opponent’s position," says Duffy. "That is true whether you are an incumbent or not, but that is not to say the whole political campaign takes that perspective."

For a challenger – and by extension the Leave campaign - to upset the status quo its best chance appears to be mixing the usual message of anger with hope.

This was the winning formula for Barack Obama during the presidential race in 2008 and Tony Blair’s landslide victory in 1997.

The winning New Labour campaign ran with the slogan ‘Britain deserves better’, while Obama swept to victory to become the first black president with a ‘Change we can believe in’ message.

"Barack Obama was basically saying enough is enough," says Pringle. "But what he managed to do was twin anger at the status quo with hope for a better future."

However, in any referendum in the UK it is arguably the challenger that faces the greatest struggle because of the general nature of the British psyche.

"People in this country are inherently conservative with a small ‘c’," says Sharpe. "There either has to be a massive problem or you have to sell an incredibly great vision and that is a tough ask."

In an ideal world, politicians would campaign solely on the basis of positive messages, but the grim reality is that it's not an effective way of winning votes. Donald Trump’s popularity in the race for the Republican nomination is a clear example of the power of fear.

Political campaigns put a twist on the old ‘sex sells’ advertising adage. Instead, it is a world where fear sells.

In or out, the Brexit campaigns need to ditch the negativity to connect with voters

Clinton and Trump: The brand war between old and new

Government provokes uproar over £9.3m pro-EU mail-out to every household

Budget 2016: How brands can play a role in getting Britain saving

Benefit to launch the 'Good Ship Benefit' on London's Thames

How should brands handle the Brexit debate?