It's time for the agency to put its money where its mouth is, says Creature of London's chief executive.

If there’s one thing that unites advertising agencies of all sizes, it’s how expensive our opinions are. Which is fine – it’s what we’re for. It’s our job to work with our clients, to understand their brands, to help them identify challenges and opportunities, and to work out how and where they should spend their money to make real people care – as (*nods to Tina F*) efficiently as possible.

It’s our job to turn that spend into an investment, and it’s one we relish and, for the most part, are pretty fucking good at. We’ll take risks; we’ll be bold; we’ll push the envelope. Sure, the debrief might be leaning towards the route that’s a little bit clearer, but we know – we KNOW – that that’s just the research effect. If we want to make a difference in the real world then first off, we need to go with the second route, because work that polarises is ALWAYS good, and, secondly, that if we really want it to have an impact, we (they) are going to need to find another £100k to get Dougal interested.

Fuck yeah. Taking risks, and watching the rewards roll in? That’s what we’re all about.

Particularly when we’re taking those risks with someone else’s money.

Our own cash, though? Well, that’s rather different. Particularly when you’re an independent agency, and you tend to have a fair bit less cash to throw around. The fact is, we agencies tend to make for the sort of clients that would have us tearing our own hair out if we ever had to work with ourselves.

Because we hate spending money. Hate it. HATE IT. Which is kind of understandable: after all, the norms of the industry dictate that we give most of our thinking away for free, and when and if we finally do get paid, there’s no sodding margin left anyway. Chuck in "building the agency culture" (beers after work on a Friday), and we’re not exactly swimming in fun-money.

Which is precisely the sort of thing we hate to hear from clients. We spend our lives trying to convince people that marketing isn’t a cost, it’s an investment; and then continue to limit our marketing efforts to a functional website, the odd awards entry, and a couple of pints with Jeremy Lee. Which is obviously lovely, but when everyone else is doing it, it’s not really going to cut the mustard.

At Creature, we bang on about the importance of Intelligent Misbehaviour – breaking the rules in the right way for the right reason – and yet over the last six years, in terms of marketing ourselves, one of the boldest things we did was not really bother to build a website for a while. (NB I’m ignoring our forays into immersive theatre to make a point.)

Well, enough is enough. One of our many resolutions for 2017 and beyond was to be the agency that does, not just another agency that says. Which is why when the opportunity to sponsor Watford Ladies FC landed on us, we didn’t just dismiss it out of hand. Well, we did initially (seriously, who sponsors a football team??) – but it became a niggle that wouldn’t quite go away. And if the last six years has taught us anything, it’s that niggles that won’t go away are often stubbornly hanging around for a reason.

And so we’ve done it. We’re an advertising agency, sponsoring a women’s football team. We’re also, along with everyone else, an advertising agency that’s spent the last two years telling our clients that women’s football is a really exciting place for them to be spending their money; now, though, our arguments hopefully carry a little more weight, because we’re also one that’s actually spent some of its own money there, too. 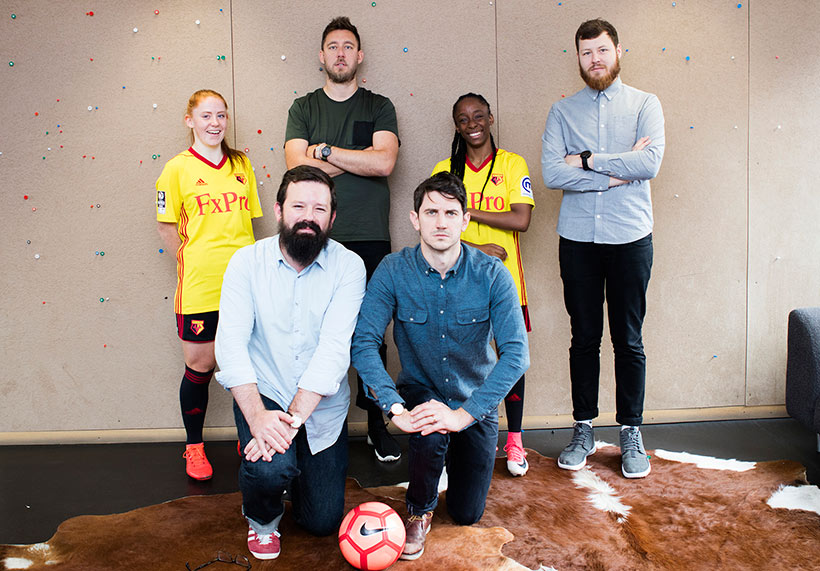 John Hegarty famously said that it wasn’t until he’d started making his own wine that he fully appreciated why his clients had spent the last 40 years asking him to make the logo bigger. Well, ours is on the back of a whole heap of football shirts, sported by some supremely talented women. It’s probably not going to bag us the VW account (unless their CMO’s a closet Hornets fan – I guess weirder things have happened), but our hope is that it will prove a lot harder to argue with an independent agency that’s put its money where its mouth is. See you on the terraces! 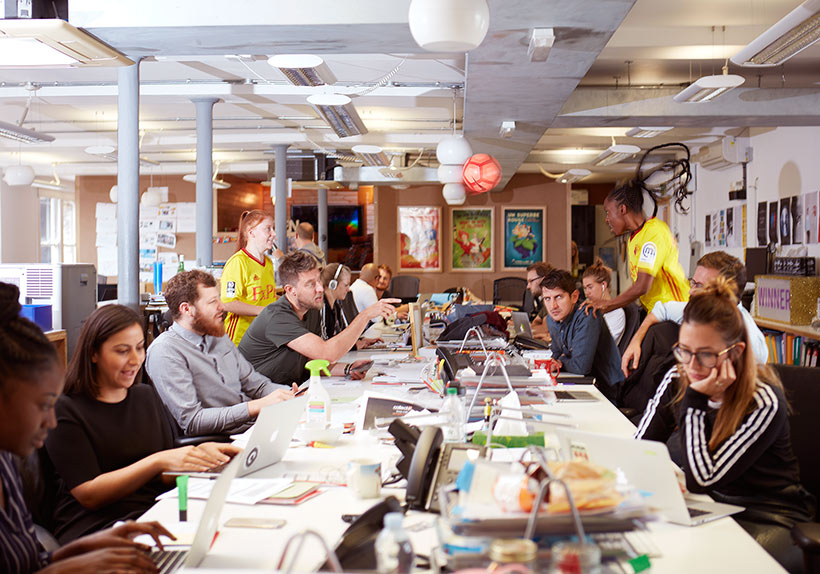 Dan Shute is chief executive and co-founder of Creature of London.
@creature_dan

Weirdness thrives in independent agencies - and it can make business better

Starting your own agency is the hardest thing you'll ever do. But do it now

For the sake of the ad industry, please think irresponsibly