Part of the excitement of working in marketing is knowing the dividing line between ground-breaking and embarrassing is often an unforgivingly tiny one.

News that PepsiCo is opening the Kola House restaurant, bar and event space in New York's hipster cruising ground the Meatpacking District makes me wonder if the drinks firm is about to cross that line.

The New York Times floated the possibility that rather than earning its cool stripes, this launch could just lead to Pepsi being seen as 'the Dad at a high school party'. 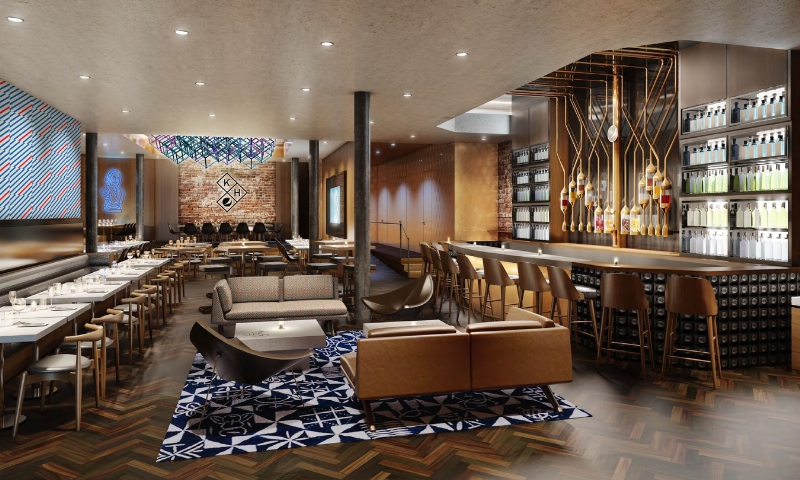 Pepsi isn't the first consumer brand to move into the hospitality business. Ice-cream brand Haagen-Dazs has had a cafe chain for many years, while Mars' M&M World is a format extremely popular with young teens.

As younger audiences are increasingly experience-hungry, hospitality is an opportunity for brands to wrap consumers in rich experiences otherwise difficult to realise in advertising or distribution channels.

In the absence of the ‘fully-finished product’ we shouldn’t be too quick to judge whether those ambitions will be realised…or not. But Pepsi’s announcement may be premature; as such brand endeavours also need to be complemented by smart, consumer-led marketing strategies.

Millennials value brands with audacity - those that make them laugh or think by being irreverent. They value under-the-radar exclusivity and want to feel like they’ve discovered things on their own. Self –discovery is what helps brand selection, loyalty and advocacy.

Smart brands have successfully embraced those insights to stay relevant and generate that all-important buzz and endorsement on social media platforms.

Take Coop in Norway, for example. When the food chain store wanted to make a statement about the quality of its coffee in a world where independent coffee shops hold great appeal, they transformed a pop-up store in Oslo into The Secret Coffee Shop. Its interior and coffee offer made by professional baristas quickly blended with others locally as there was no hint of branding.

Four weeks, 4,000 visits and a plethora of social media selfies and check-ins later, the brand revealed it was behind The Secret Coffee Shop. Coop was successful because it made customers fall in love with the experience and offer first.

By announcing the opening of Kola House before it has even opened its doors, PepsiCo has also opened itself up to critics. If it wants consumers to think of Pepsi differently, it should have let people discover and explore first and then make up their minds.

Opening a ‘social space’ doesn’t instantly make you relevant or cool. Continuity is key. Nike has long built strong brand affinity with millennials thanks to its Nike+ connected products and events. So when the brand opened its exclusive fitness studio, event space and Nike+ services hub, understatedly called 45 Grand (actually its address), it felt appropriate.

The space operates like a combination of a high end fashion showroom and a studio, and is focused on offering its invite-only guests a highly tailored service. It even personalises the lockers. A year after launch and it continues to be popular, both physically and in terms of its social media buzz.

I believe 45 Grand has been a hit because it is a physical manifestation of what the Nike brand already encapsulates – cool, modern and dedicated to sport. Whereas I'm not sure that Kola House is that natural a fit with the Pepsi brand.

Finally, I question the naming strategy for the Pepsi space. It is named after the kola nut, a bitter fruit that gives cola beverages their name.

However, if the objective is to ‘galvanise enthusiasm and chatter on social media’, is it wise to name the space ‘Kola’, which will likely be associated with Pepsi’s main competitor? And taking cues from Coop and Nike, shouldn’t PepsiCo have considered a name less centred on its offer and more around the experience?

Kola House may well be a success. But thus far, the pre-opening marketing strategy isn’t tailored for savvy and discovery-hungry millennials. Which goes to show that even the most powerful global brands, armed with the best marketers, can struggle to adapt and stay in step.

Pepsi turns emojis into a global language with PepsiMoji rollout

Pepsi puts emojis on its cans for expanded PepsiMoji campaign

Virgin Atlantic marketing boss: 'Sensory marketing does not have to be creepy'