The drinks company has invested in a five-year lease in a historic building to explore the creative and commercial possibilities of experiential outside London. Gurjit Degun speaks to Kenny Hyslop, head of experiential marketing at Pernod Ricard

On the top floor of a historic building in Manchester sits a new, pared-back events space with bare brick walls, big windows, exposed beams and an expansive bar. So far, so urban – except that it’s owned by one of the biggest drinks companies, Pernod Ricard. That’s right, the company behind Absolut, Havana Club and Beefeater has further cemented itself in experiential marketing by signing a five-year lease on a property in the city to target a wider consumer base.

Aptly named The Loft, the venue is surrounded by D&D London’s 20 Stories, and Caprice Holdings-owned The Ivy. "It’s affirmation that you’ve chosen the right place [when you have D&D and Caprice investing in the area]," Kenny Hyslop, head of experiential marketing at Pernod Ricard, says. The Scot, who began his career in events at the Ministry of Sound, has been the driving force behind the company’s branded experiences since 2004.

The Loft, however, has sent him on a massive learning curve over the past 18 months. This has included becoming personally licensed to sell alcohol, picking out furniture at local salvage yards and creating door handles that look like cocktail shakers (pictured, below). 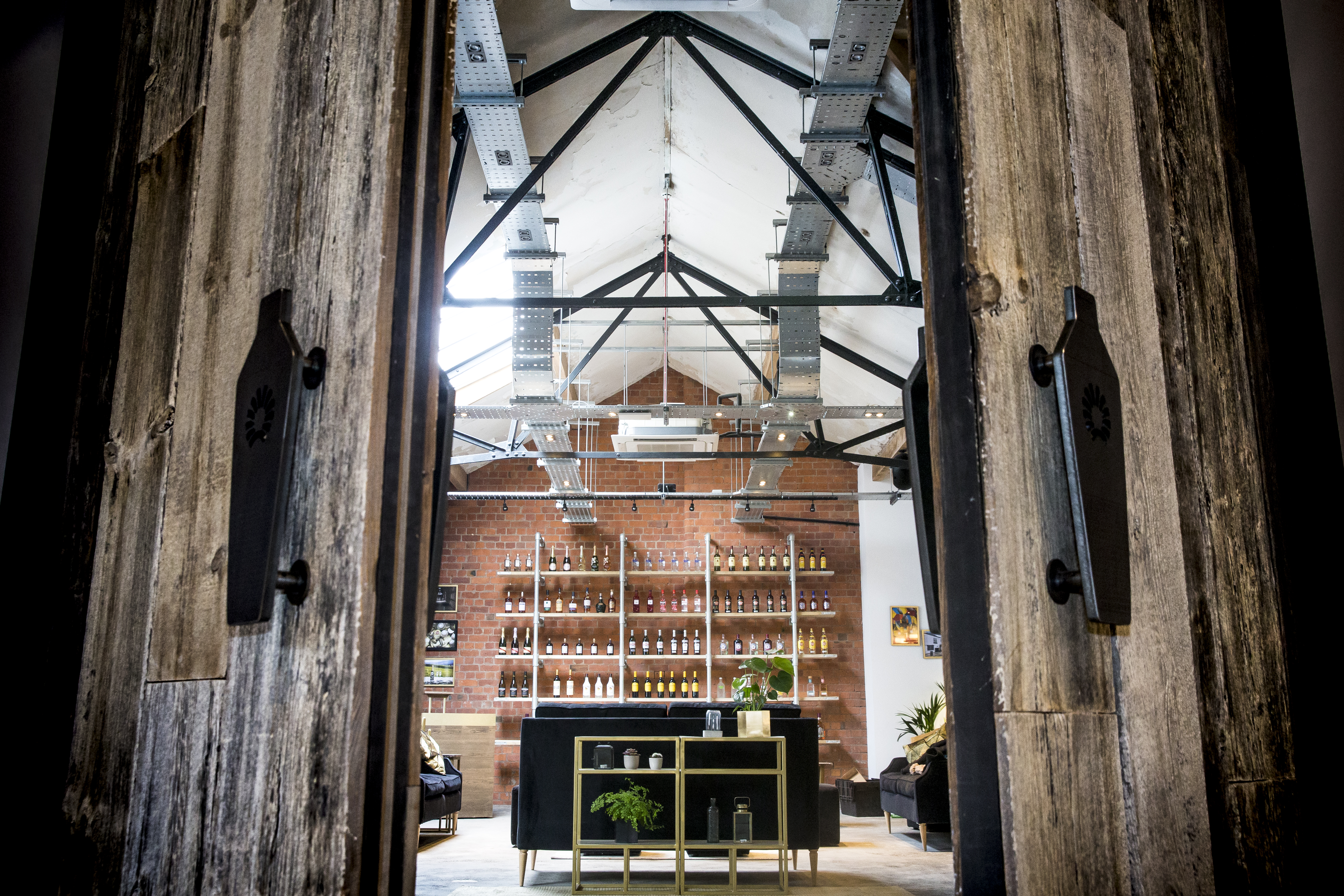 Hyslop pitched the idea for an events space to Pernod Ricard bosses as part of a Dragon’s Den-style initiative called "Game Changers", where the company asks staff to come up with ideas for business growth. It was aligned with Pernod Ricard’s vision to target more UK consumers outside London, and followed organisations including BBC, Unilad and ITV to create a base in Manchester.

"Like a lot of UK businesses, London is [our] hub and we realised that there are other places in the UK to hang out and go out in," Hyslop says. "Twenty-five per cent of our workforce [40 people] live within 10 miles of Manchester and we do bustling trade here. We see the growth in the on-trade."

Hyslop plans to use the venue as a test-and-learn centre for upcoming events, trialling them in Manchester before taking them to London. When it isn’t being used for an event, the space will be available for staff to pop in to work or use for meetings. 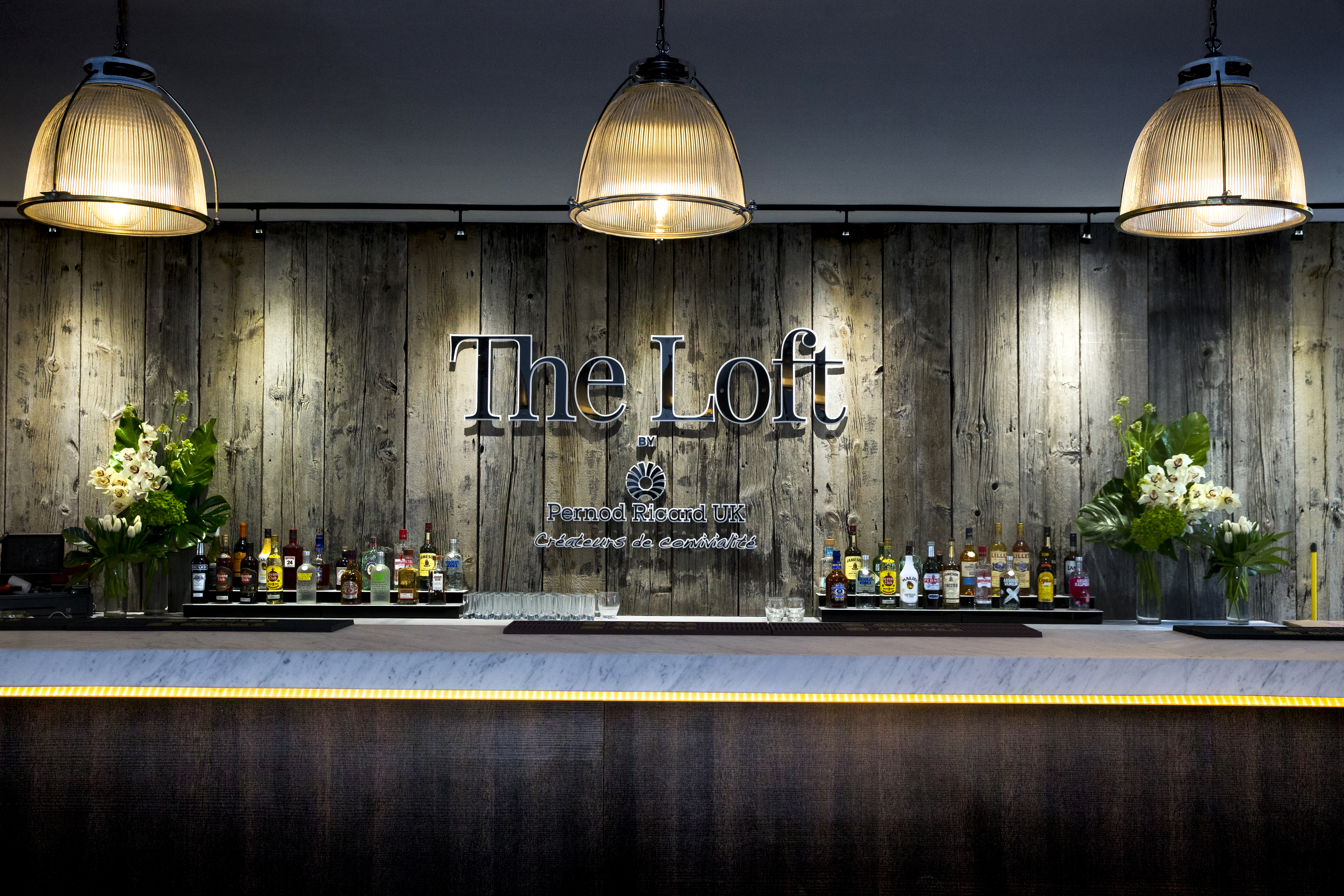 "We envisage that roughly 75% of the experiences and events will be for us and our business, which could be Chivas The Blend, a pop-up restaurant for Kahlua, or wine-tasting," Hyslop says. "Then we also want the space to be used for internal conferences, we want our customers to come here to have meetings, and our stakeholders to use it as part of our Force for Good initiative.

"Longer term, the other 25% [of the time] we want to look to rent it [out to people outside the business]. That could be for having a meeting, a seminar, conference, photoshoot, a catwalk, a dinner – anything, really. We’re open to offers."

In an attempt to engage with the local community there will be a regular bartender club. Pernod Ricard will invite bartenders from across the north of the country to meet up and attend inspirational events such as a coffee masterclass to tie with coffee liqueur brand Kahlua, or perhaps one on a flowers theme for Champagne Perrier Jouët, which is known for its use of floral decoration on labels and bottles. 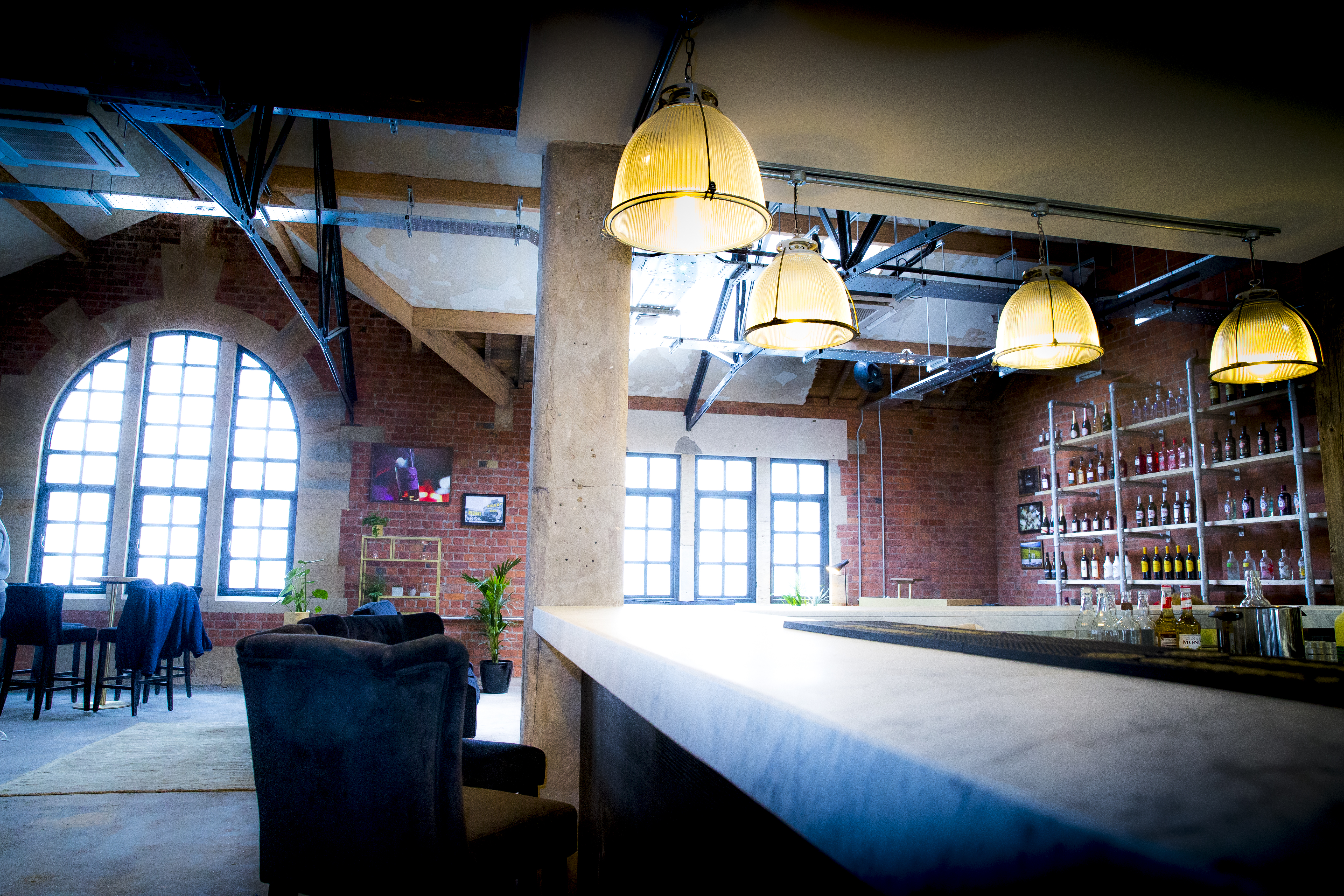 "We’re very aware that we’re coming into Manchester and we want to integrate into the local community. That’s why we’ve hired Vix [Hole], who used to run Australasia, a big restaurant around the corner, we’ve had a series of launch nights, and we’ve invited local businesses, bartenders and our customers to come and see the space and come on the journey with us," Hyslop says. "We don’t want to be seen as a company coming in and [importing] everyone from outside. We want to be known as the space to go for cool experiences."

To make sure The Loft isn’t taking footfall away from the on-trade in the area, the space won’t be open to the public at all times. It has a members-only licence, which means that anyone visiting must have been invited or bought a ticket for an event.

A sense of value

The space is being used for The Blend by Chivas Regal, an activation running from February until the end of May. This experience, where people can pay £15 to learn about whisky and create their own blend to take home, first ran in London for about one month. The lengthier duration is something other brands have incorporated too – Cadbury, for example, has been building on its Crème Egg activations, which usually run for a month. 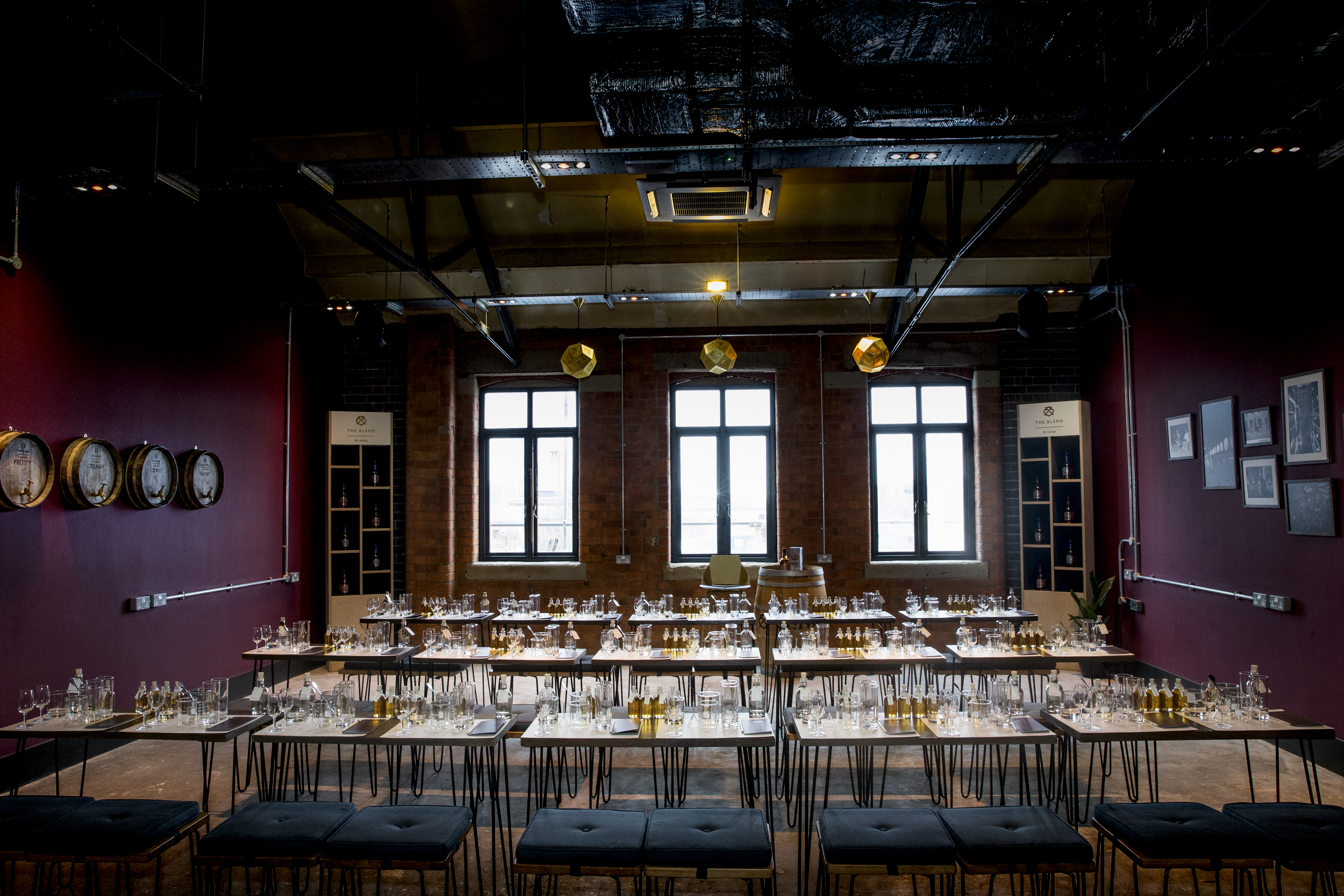 "Brands in our industry spend a lot of money for two or three days and it’s a huge investment," Hyslop says. "For a similar budget it does appear that if you’re smarter, then you can rent space and open it for longer, and monetise it."

He explains that adding a small charge for an experience also means that the events team can prepare for the number of people attending and the proceeds can be put into keeping the experience going for longer.

"Now the industry has moved to monetising experiences it makes it much easier for us to plan," Hyslop adds. "I think that is helping the longevity thing, because you can open for longer."

The Jameson whisky St Patrick’s Day activity launched at the beginning of March and culminated with comedian Alex Brooker telling spontaneous jokes. Next Hyslop is focusing his efforts on creating experiences for Plymouth Gin, Beefeater Pink and Absolut vodka. He brushes off any question about the need to stand out from the competition by saying that his focus is always on the business.

His team of three in London has been behind some of the industry's most inspirational experiences, Hyslop highlights the Jameson "Cult film club" – an event that has been rolled out globally; and wine brand Campo Viejo's "Fiesta de Color" which encourages consumers to blend their own wine and learn about food and wine parings.

"We have a vast portfolio of amazing brands and have to put our focus somewhere, and that’s what we spend time and energy on," Hyslop says. "We’ve got to focus on ourselves and do what’s right for us, and do the due diligence to go to the right places."

He adds: "Activating for Plymouth Gin is different from activating for Jameson. You’ve got to align with the right people, whether it’s a festival or in the right retail environment. It’s about doing the right thing for the brand."

The five-year lease at The Loft is likely to only help Hyslop continue to explore the creative possibilities in experiential.

How Campo Viejo is bringing Spanish culture to the UK

Why Talisker is challenging Londoners to leave their comfort zone