AEG Presents pulled in a stellar line-up of brands for the launch of its All Points East music festival in London's Victoria Park, Yasmin Arrigo reports

Victoria Park has had something of an AEG takeover as the global entertainment giant’s first 10-day event in London began on Friday 25 May with a three-day music festival, followed by a free, community-focused midweek programme of entertainment, dubbed In the Neighbourhood. The event concludes with APE Presents – three huge shows with headliners including Nick Cave and the Bad Seeds.

Yet the journey to Tower Hamlets hasn’t been entirely smooth. When AEG Presents, owner of festivals including Coachella, Barclaycard presents British Summer Time in London’s Hyde Park and Rock en Seine in Paris, won an open tender with the borough for the site, it meant Field Day, which has taken place in Victoria Park for 11 successive summers, had to relocate to south London’s Brockwell Park while Lovebox moves west to Gunnersbury Park. 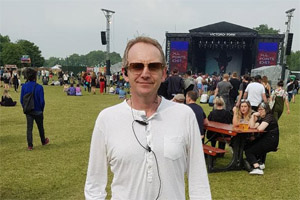 Nonetheless, Will Dowdy (pictured left), vice-president of global partnerships at AEG Presents – responsible for overseeing all sponsorship sales and partnership activations – was upbeat when Campaign met him on the eve of the festival.

The entertainment specialist started out selling advertising across Emap’s music titles before moving to Global Radio for XFM and Choice FM. He joined AEG in 2008, originally securing commercial partnerships across AEG’s UK entertainment venues. In 2013, he left to lead the sponsorship team at CSM Sport & Entertainment but returned to the AEG fold 18 months later, forging brand partnerships with the likes of Samsung, Heineken, American Airlines, Sony, Amazon and Coca-Cola.

Victoria Park, a vibrant and creative area that complements the company’s existing British Summer Time event in the capital, was a site that AEG Presents "jealously coveted", Dowdy admits. "We felt we could do something wonderful at the site and really complement what happens in Hyde Park. We wanted to harness the east London vibe and create something very contemporary." Dowdy explains that, during the tender process, Tower Hamlets was keen on the footfall that All Points East promised to deliver – Victoria Park has an on-site capacity of 40,000 people – yet it also challenged AEG Presents to create an authentic story tailored to the local community.

And just as every great festival relies on quality support acts, so the AEG Presents team relied on brand partnerships to help deliver an engaging experience to a diverse crowd. Dowdy believes the audience was a little younger than that of British Summer Time, mainly comprising 18- to 34-year-old Londoners. However, with Beck, Björk and Nick Cave among the headliners, Gen X festival goers were also likely to be out in force. And it is the promise of this broad demographic that pulled in an impressive array of brands for the festival’s debut. Jägermeister, which already has a strong partnership with British Summer Time, brought its JägerHaus delivered by Frukt to Victoria Park.

Samantha Green, Jägermeister UK’s event manager, explains: "When we first heard about this gigantic new music festival coming to Victoria Park, we knew we needed to be involved. It’s important we challenge ourselves and grasp new opportunities."

She continues: "Having All Points East and APE Presents back to back was hugely beneficial for us, for a number of reasons. The JägerHaus is a massive, two-story structure so having to build it just once was cost effective. Having an eclectic array of artists playing over the two weekends reaches varying demographics, which was an opportunity for the brand to diversify. Finally, as the tickets were sold daily, this gave Jägermeister the opportunity to reach a higher number of consumers as thousands of new visitors flowed into Victoria Park each day."

Heineken brought its Red Stripe brand to the festival, Ray-Ban collaborated with the event to present limited-edition sunglasses while both Samsung and Hunter secured prime spots beside the main stage with playful activations.

Hunter had festival goers bouncing on grassy knolls to the side of the stage and Alasdhair Willis, creative director, explains the brand's rationale for partnering with All Points East: "It’s not your traditional muddy festival in the countryside. The two-week format allowed us to activate our experiential strategy across a longer period than most festivals offer." 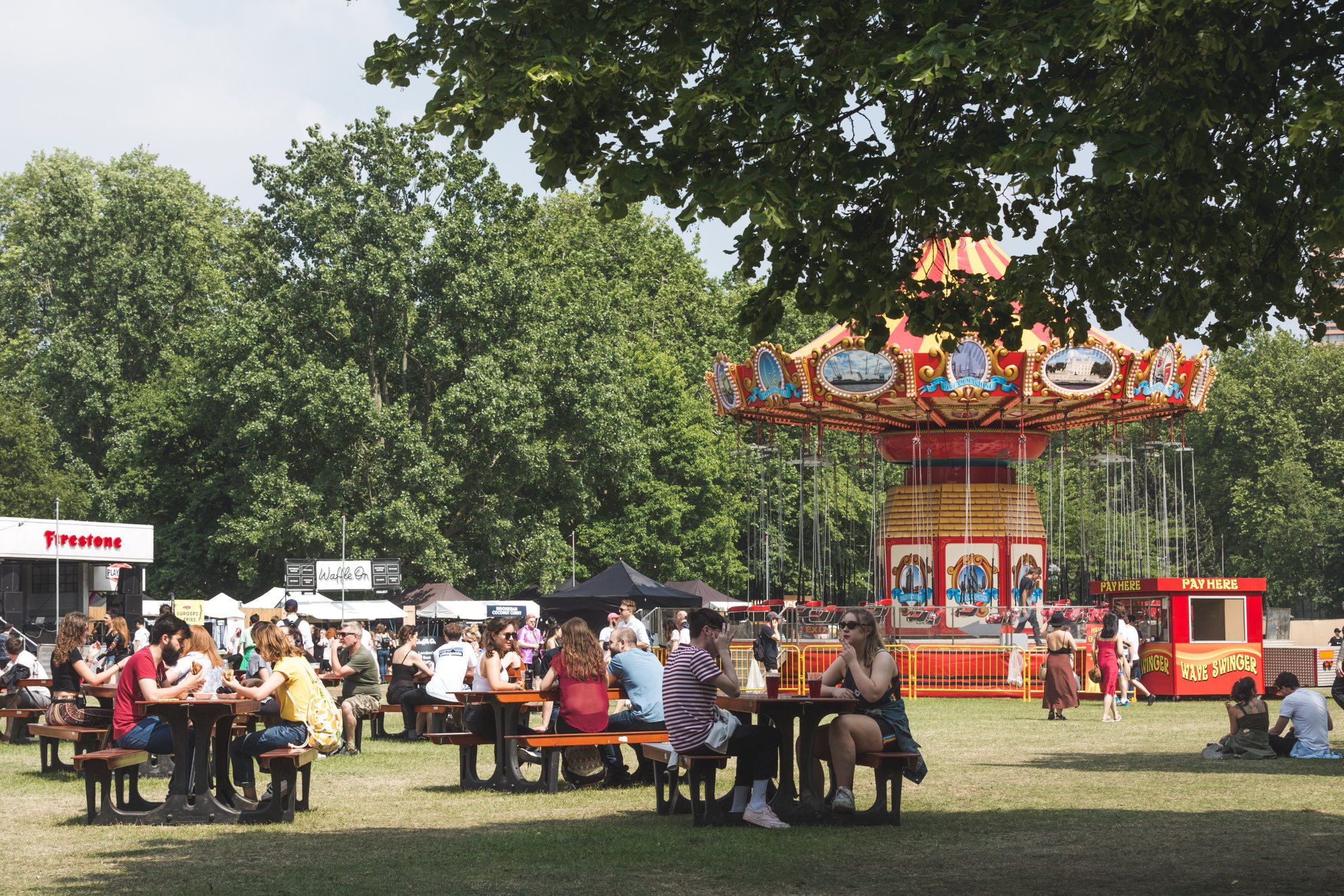 A new date in the UK's festival calendar

Meanwhile Samsung, creator of some of the most lauded festival experiences in recent years, delighted audiences again with an interactive tech experience showcasing the Galaxy Super Slow-Mo video function in a striking viewing platform delivered by Iris.

These inaugural partners very much shaped the customer experience, Dowdy believes, and helped the festival begin to establish itself in a capital crowded with entertainment. "We did not want to simply stick a stage in a field – the our creative experience and that of our partners has been really important. We wanted the audience to reimagine what they could do in an urban festival space," he says.

And what does short-term success look like for Dowdy? First, he hopes Londoners and regular festival-goers establish All Points East as a key event in their summer diaries. Second, he wants all this year’s supporting brands to stay and grow as key partners of the festival over the next five years.

Given the strong links that AEG Presents has cultivated at Hyde Park and now Victoria Park, it’s a compelling option for brands wishing to target such a vast demographic so for the forthcoming week, it's all eyes east.

Huawei and Amex spearhead brand activity at All Points East

Hunter takes to the skies with world's first flying welly

Jägermeister's JägerHaus returns with Hot Chip at All Points East

Jagermeister "journey to surf" by The Red Brick Road