Now more than ever, out of home's impact on the world around us should be a key force for good. Here's how the 2020 Outdoor Media Awards will achieve it

The world is changing. Out of home is changing. And so are the Outdoor Media Awards (OMAs). In recognition of OOH’s wide-ranging impact on both local communities and national audiences and everything in between, the refreshed OMAs want to inspire and celebrate everyone within OOH, as well as demonstrating dedication to positive change. Clear Channel CMO Martin Corke and creative director Louise Stubbings discuss what’s new, their favourite campaigns of recent years and why outdoor is a platform for brands and a platform for good. 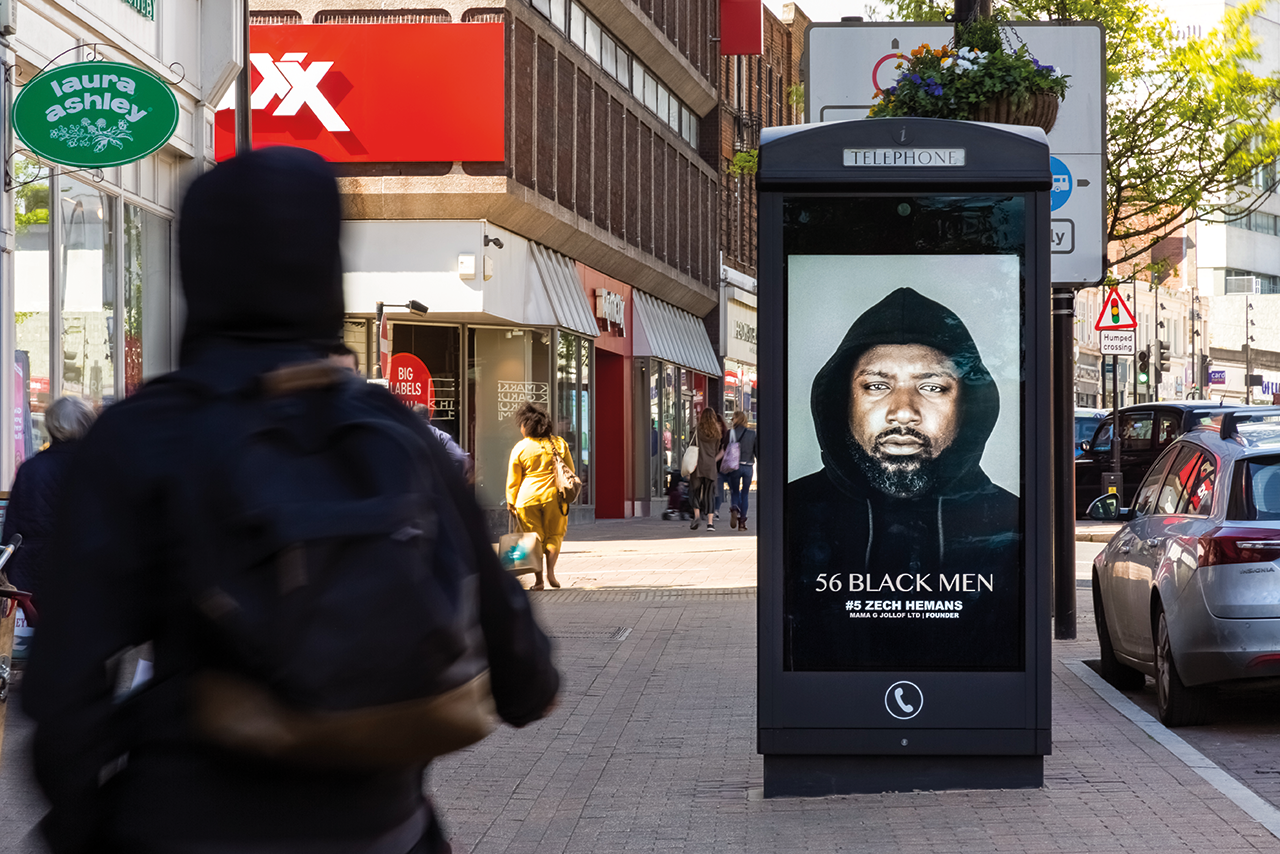 Louise Stubbings: "We want the OMAs to celebrate every part of this industry. The foundation of the awards was around planning, but we’re having a big focus for 2020 on celebrating the craft that goes into creating incredible outdoor campaigns, and introducing new categories for cross-channel work and social impact. We’ve got a bigger than ever roster of judges, and we’re making sure they are reflective of both the industry and of society."

Martin Corke: "We’re also introducing gold, silver and bronze awards for each category. That lets us showcase more work and more talent. Based on feedback, we’ve also changed how we group awards: now we’ve got creative categories, planning categories, effectiveness categories, talent categories and ‘Platform for Good’ categories – using outdoor to champion good causes. We want everyone to see the shortlist and say: ‘I wish I came up with that, I wish we did that’, and we’d hope to see a beautiful balance between the use of technology and traditional OOH on it. We want to inspire the wider industry. One of our objectives is to give feedback to all entrants, if they ask for it, whether they win or not."

Entries should be easy, awards should be fun
LS "Entries should get to the core of the campaign quickly – don’t get overburdened. You sometimes just know you’ve got a potential winning entry because when writing it, it flows so easily, it doesn’t feel like hard work to explain it. People come a cropper when they try to overload information. You have a small window of opportunity to get your campaign story across to our judges – they work in the wider media industry, rather than specifically in OOH, so it’s important to avoid OOH narrative and language. Being free to enter doesn’t dilute the quality of entries. People do consider what they’re entering and take pride in it."

MC "We also make sure the awards night is a real party. I’m not sure, based on my experience, that all awards are actually fun. We don’t do dinner – come in, grab a cocktail, our celebrity host runs the awards over 30 to 40 minutes, and then you can revel in each other’s success and enjoy the event and the wonderful venue – we’ll again be at the St Pancras Renaissance Hotel."

LS "One of my favourite ever winners is O2’s "Oops". Maybe it’s slightly obvious, but as soon as you see it you think ‘yes, of course’, a simple idea executed incredibly well but really considering the contextual nature of every placement. It took a real truth, a basic truth that we all worry about smashing our phones."

MC "I would love to see campaigns where outdoor is part of a multichannel campaign by design. Often you have multiple channels planned and bought by different parties, but ideas that transgress multiple channels is what we’re looking for in the new Cross-Channel Award. It’s also impressive when companies submit different entries for specific categories – McDonald’s did this last year. It wasn’t just the same ideas reheated, and it won the Grand Prix."

LS "A great example of how the power of OOH was used to drive action came from Slough Borough Council last year. It won our first Social Impact Award for a campaign around modern slavery, which took information from that local area on how many people were in that situation, to flag to that community that this is happening right here, right now. It brought it to life and got people to take action – a great use of the medium in a small, targeted, impactful campaign."

MC "I met some of the men who were featured in the "56 Black Men" campaign earlier this year. It really hit home what a huge thing it was for those individual people’s communities and families to see them feature, and be part of challenging stereotypes and starting a public conversation about some really gnarly, difficult things. Right now, it feels like outdoor is the best place to start those conversations."

LS "I think the "Led By Donkeys" campaign has been incredible. From a few guys going; ‘this is not okay, politicians can’t just be saying these things and then just drifting away’, to looking at outdoor as the way to raise debate. Just taking two things that were said and allowing the public to make up their own mind, I think it’s changing the way political advertising is viewed by putting a real permanence to messaging and holding people to account."

MC "In a media environment where mistrust is at an all-time high, Clear Channel has committed to being a Platform for Good. Part of that is having the conversation with our customers, based on figures we’ve got from an audit we asked PwC to do. About 50p in every £1 spent on OOH is invested back into local authorities, local communities, local transport, because they own the space."

LS "We’re a key component of our communities. A bus shelter fundamentally is there to protect people from the wind and rain, but has advertising spend on it, which then goes back to better that community and go into projects for the local council and to improve things. It is a very different thing to other media companies, a very physical, permanent part that we play within communities that we exist in and we take that very seriously."

MC "We’re working on something right now around knife crime. We get approached by a lot of charities and last year alone worked with more than 40. It’s about more than just gifting free media space, it’s about partnerships – we can’t tackle any of these issues alone, it’s how we work together on using advertising as a Platform For Good."

How well do they really know each other?

Who’s his industry hero?
Louise reckons: "He’s not the sort of person who has one." The answer: "I’m not sure I have one."

What’s his pet hate at work?
Louise reckons: "He’ll often be heard saying something like: ‘Not being funny guys, but can we tidy up, keep the desks a bit clearer please.’" The answer: "Untidy desks."

How many unread emails does he have in his inbox?
Louise reckons: "Not many." The answer: "None."

Favourite film?
Louise reckons: "Some kind of action film." The answer: "The Godfather."

Does he love or hate Marmite?
Louise reckons: "I really hope he says ‘love’." The answer: "Love it."

Who’s her industry hero?
Martin reckons: "Maybe Sheryl Sandberg." Louise says: "Rory Sutherland, I could listen to him for hours."

What’s her pet hate at work?
Martin reckons: "The temperature of the office maybe.’" The answer: "The state of the kitchen – people come to work and think ‘oh, I don’t have to put anything away!’"

How many unread emails does she have in her inbox?
Martin reckons: "Probably thousands." The answer: "Definitely in the tens of thousands."

Does she love or hate Marmite?
Martin reckons: "She loves it.’" The answer: "Absolutely love it."