An art director explains why he is taking a hands-on approach to raising awareness of STIs.

I come from a working-class background and never intended to work in advertising; it's like a series of accidents that's led me here today. Somehow I luckily had something published in the Campaign annual, which was the firework moment for me. So I found a creative partner, packed in my job, took the leap and moved to the Big Smoke to try and make this work. It was nerve-racking but I just put everything on the line.

I'm an art director currently on placement at Publicis London. 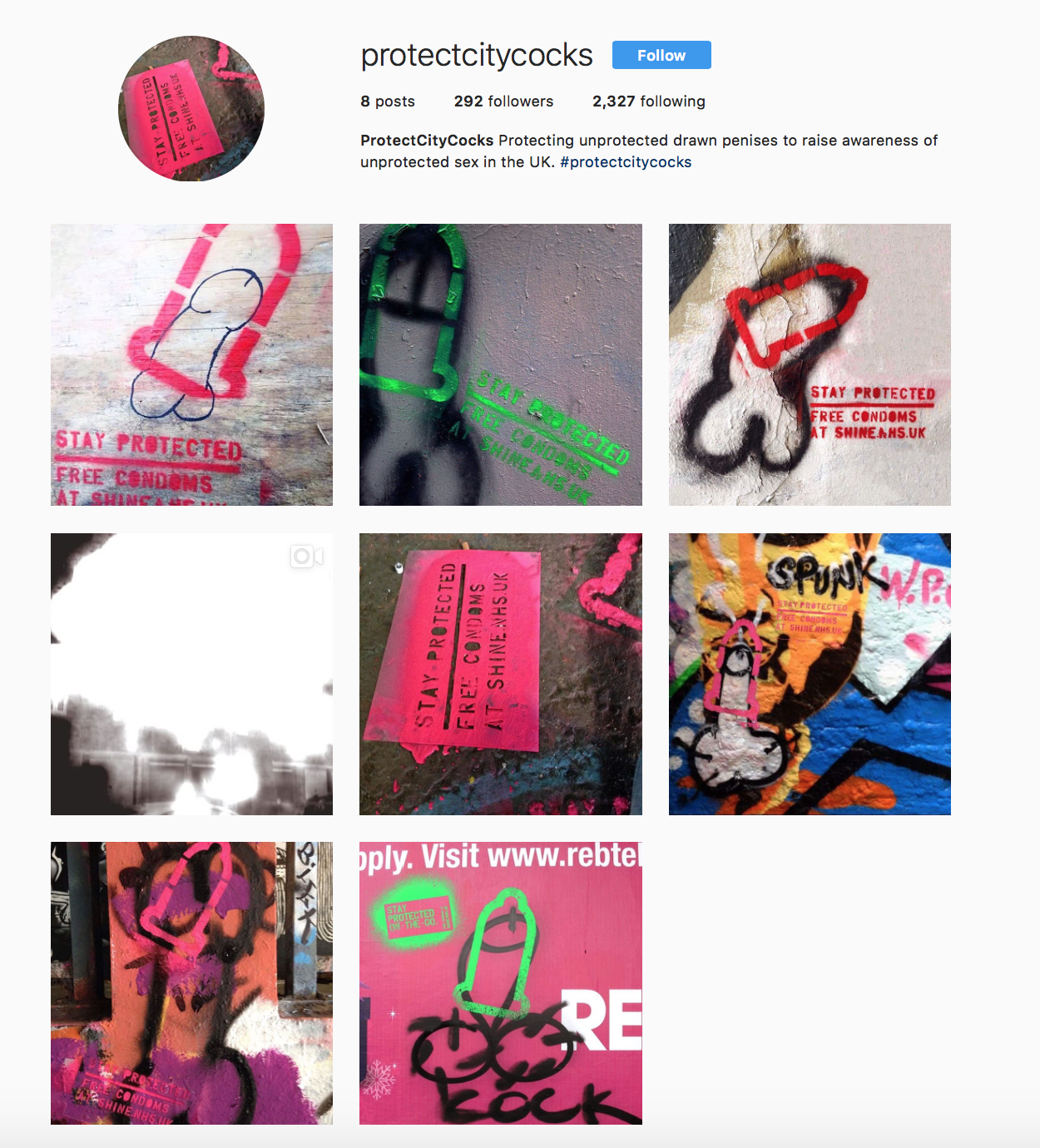 I have no clue where my ideas come from, maybe it's just my imaginative mind thinking I can change the world. I'm always seeking what could turn people on, what they would want to see and how they react to different things. My brain never seems to switch off. 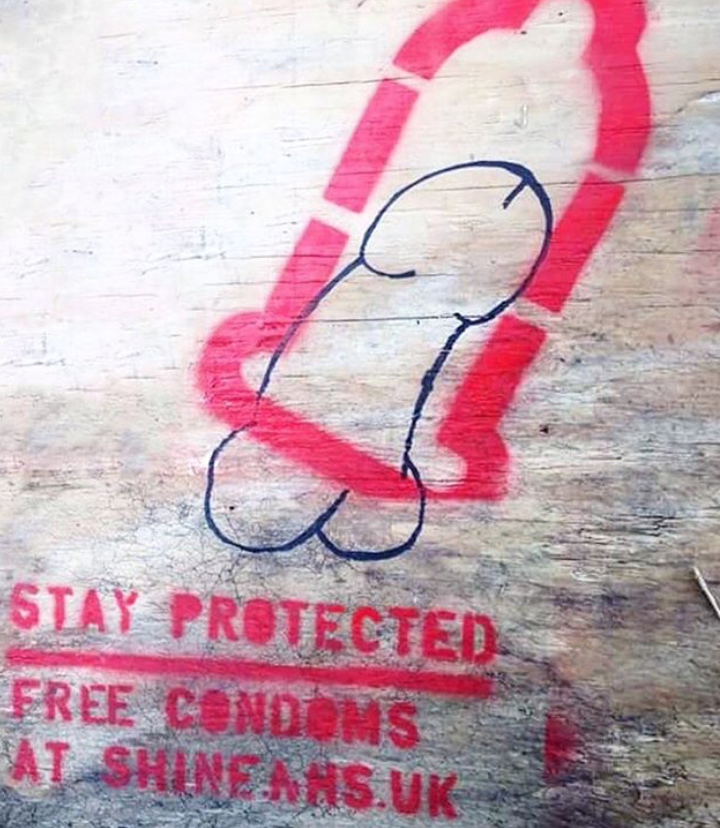 So how did I come across this idea – you might ask?

Wherever I walk, I notice a lot of hand-drawn penises – they are literally everywhere. One morning last week while walking to the Tube station, I noticed another one (out of the hundred 'n' thousands) and questioned why hasn't anyone gone out their way to protect them? Let alone remove them? It's not good for anyone to see, considering how many people could be confronted by them every day. It just shouldn't be treated as the norm... only in some cases.

I use washable paint on some of my messages because I understand there will be a few people out there who will question if I'm vandalising vandalism?

After a little research, I found out that there's one in four new cases of sexually transmitted infections detected in London every year (over 100,000 STIs in a year). This is quite a lot and I wanted to convey the importance of this message while connecting with society in an entertaining, engaging and truthful way.  On the evening of this idea, I did an all-nighter which consisted of a beer or two (a boost of confidence always helps) and stencilled out the simple message (it's all hand-crafted). It took a few goes, but it worked.

I then started to go out like some kind of heroic super-sex-hero protecting these unprotected graffiti penises, I made sure they included a quick call to action on where people can get free protection from – in hope that this could influence a reducing of the STI rate. It's taking something that you see as non-informative vandalism, turning it on its head and reproducing it as a positive message that people can quickly understand. It's only a week old and quite a few people have shown a lot of positive interest.

I use washable paint on some of my messages because I understand there will be a few people out there who will question if I'm vandalising vandalism. To politely put it, I'm highlighting and projecting an important message on existing poorly-drawn penises. 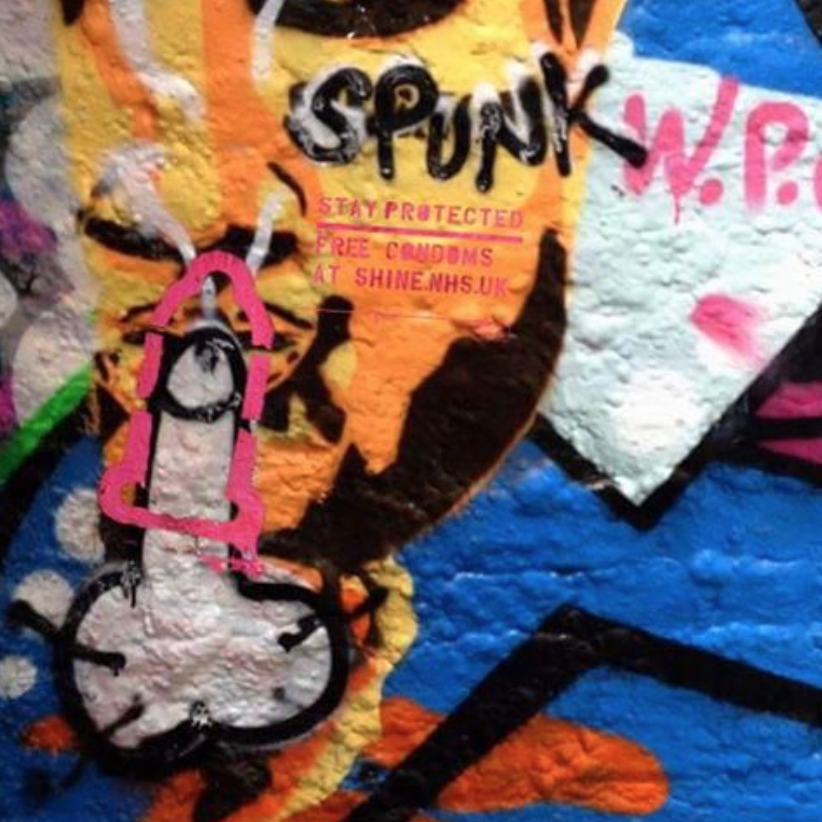 I've noticed a number of times that most of these penises are just left on walls and no one really removes them or even highlights this issue. I've taken a comparison photo of a specific penis graffiti that's been left on a wall outside a bus stop for over a few weeks, it still hasn't been removed and I've deliberately not done anything to it, to show you how it just gets left untouched - not even removed.

Some people will be impressed, others won't, though all creativity is subjective. If this could help lower the risk of the STI statistic, then I consider this idea ok.

If you want to get involved and you see a graffiti penis on your travels; email with the location and I'll come protect it - chatwithdick@gmail.com.

A love letter to England's creativity

Dear creatives, it's time to join a movement for rest