Failure to respond to digital media consumption is costing rights holders almost 30% of their potential revenue, according to sports marketing agency Two Circles.

Right holders in sports are hugely under-exploiting their sponsorship businesses by failing to take advantage of the opportunities offered by digital media, new research has found.

According to WPP-owned sports marketing agency Two Circles, global sports sponsorship deals in 2019 will be worth £35.5bn – up 22% from five years ago, when the total was £29bn. Over the next five years, it predicts the market will grow a huge 35% to £47.9bn.

But this year’s figure is far below what Two Circles said was the actual value of sports brands’ sponsorship assets, which it placed at £49.2bn. The  gap of £13.7bn has hardly changed in total value from 2014, when it was £13.2bn, and on current trends will also change little between now and 2024, when it will be £14bn, according to the agency. 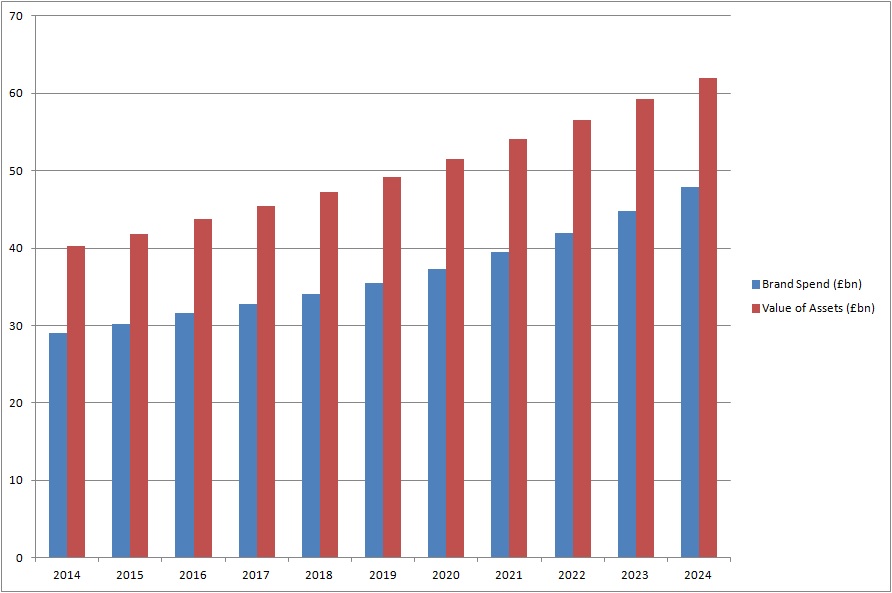 Speaking to Campaign, Gareth Balch, chief executive at Two Circles, said sports rights holders – which can include teams, leagues, associations and individual athletes – were losing out because they have been "slow to adapt to the digital transformation that’s taking place in every sector of industry.

"Most rights-holders continue to package and sell sponsorship just as they did 20 years ago," he said – "offering brand exposure through linear broadcast coverage as the main benefit for brands."

As digital media has grown and highly measurable performance has become an expectation for CMOs, he said, many have been turned off by what they traditionally associated with sports sponsorships: long-term arrangements with no guaranteed performance.

As a result, he said, "we’ve seen sports sponsorship move down the mix" for a number of brands. "That’s leaving a lot of money on the table."

Things were changing, he added, but not quickly enough. "They’ve started to realise that this internet thing presents an amazing opportunity for brands to engage more effectively with their audiences. As sport starts to realise how it can deliver physical and digital inventory to brands that guarantees performance, it starts to compete more effectively with other assets."

More prosperous rights holders have led the way with transforming their models, Balch said, pointing to the English Premier League as an example. The rights holders that would ultimately realise the value of their assets offer three things, he said: they know their audience, can deliver that audience in an engaging way, and can prove the delivery of the audience.

While men’s sport is currently far more lucrative than women’s, Balch predicted that in the coming years, "the biggest fastest-growing part of sport is going to be women’s sport."

"Sport is working towards a world where it has genuine gender parity," he said. "That’s obviously good for society, and it presents amazing opportunities for sponsorship."

Red Bull and Heineken: F1 marketing overhaul is starting to pay off