With the long-awaited fifth album by Damon Albarn's "virtual band" Gorillaz due for release this month, T-Mobile owner Deutsche Telekom saw an opportunity to clearly demonstrate the potential of augmented reality.

The brand’s music project, Telekom Electronic Beats, has partnered with the band to create Lenz, an app for iOS and Android that, in a very particular sense, brings another dimension to the new album, Humanz.

The app, which launches on 20 April, uses a phone’s camera to interact with the real world and is based around the magenta colour used in the T-Mobile brand design. 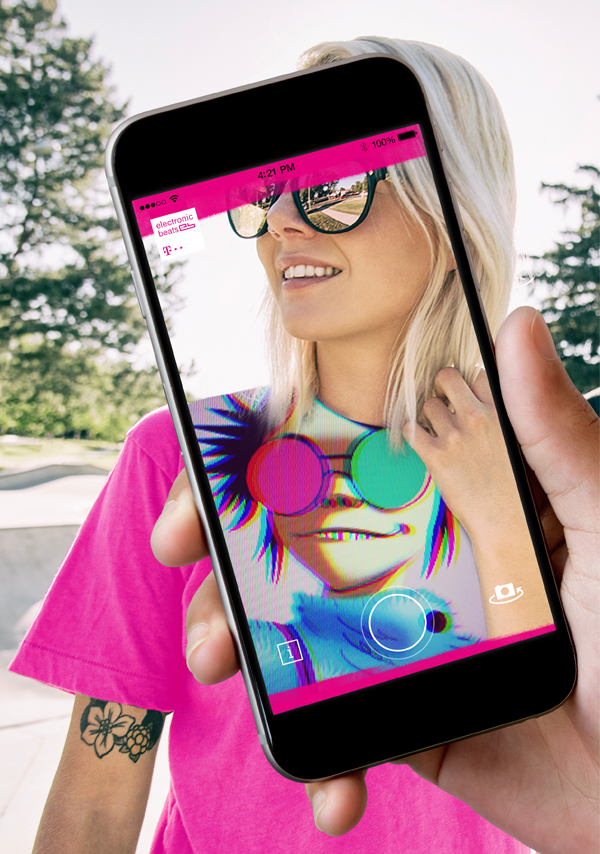 Whenever the camera is pointed at anything magenta, the real surface disappears on the phone’s screen and is replaced by a window into the cartoon world of the Gorillaz.

The campaign was created for the brand by Saatchi & Saatchi London and features new art by illustrator Jamie Hewlett. To get people using the app, T-Mobile will place "magenta spots" around European cities.

"What we’re trying to do is create a kind of gateway between the virtual world of the Gorillaz and the real world," Hans-Christian Schwingen, chief brand officer at Deutsche Telekom, told Campaign.

"For us it’s a kind of test balloon. VR, AR, there’s the hype there and everybody tries to be at the forefront of these developments. These are some first steps to simply dealing with the technology itself. But it always works best when you’ve got some good content – that’s why we partnered with Gorillaz."

The partnership was serendipitous, Schwingen said. Electronic Beats had been looking for a musical act to collaborate with on this kind of project, and it quickly became apparent that because of its "virtual" nature, Gorillaz was not only the ideal partner, but possibly the only act in the world that was a real fit. When the brand originally approached the group’s management, however, it was not aware that a new album was already in the works.

"This is a perfect match," Schwingen said. "It’s more than just the classical sponsoring or promotion of a band, what lots of brands do." Although as part of the relationship, Deutche Telekom is also funding the promotion of the album through traditional media.

William John and Franki Goodwin, the creative directors responsible for the campaign at Saatchi & Saatchi, explained the campaign was about doing something inventive with one of the few qualities immediately associated with T-Mobile: its brand colour of magenta.

"One of the key things that differentiates mobile networks in consumers’ minds is the colour of the brands," John said. The intention of the campaign was "basically turning a colour into a new media channel for entertainment," he explained – and by doing so, increasing the sense of ownership the brand has over that colour.

"In an era when young people are moving away from conventional media channels, creating a new one can encourage them to re-engage," Goodwin said.

The versatility of the "channel" meant it could be used in different ways in different markets, she added – while it also encourages creativity from users, something that will be encouraged through the use of competitions. "You might not think of spray painting your bedroom in magenta," she said, "but when there’s gig tickets involved…" 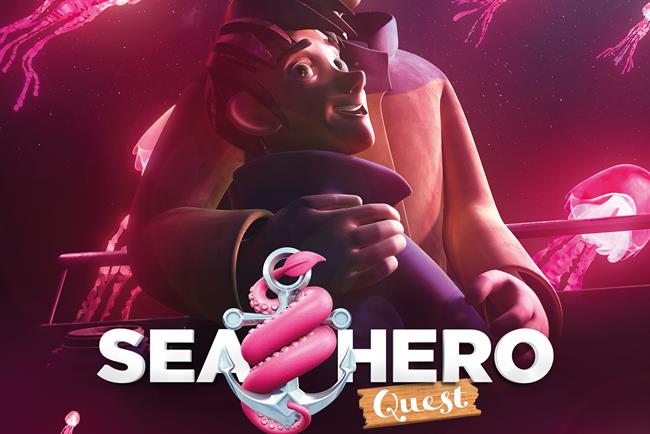 Deutsche Telekom has a track record of supporting projects that push the limits of what technology can achieve; it picked up nine Cannes Lions last year for "Sea Hero Quest", its mobile game in association with Alzheimer's Research UK, also created by Saatchi & Saatchi, which collected data to be used in research for dementia treatments.

Schwingen said he saw it as his responsibility as a marketer to experiment with technology in this way. "And for a good reason," he said, "within the telecoms sector, we want to differentiate. We need to do more than just running our core business. Just selling access and tariffs, that’s not what it is about. In the end it's about positioning ourselves as an experience brand. The power of sharing is more relevant than ever."

Other content featured in the app will include 360-degree video from a secret gig by the band in London the day after the album was announced. The band has also released a 360-degree animated video for Saturnz Barz, one of the tracks on Humanz.

30 years of mobile brands: from BT, Orange and O2, to T-Mobile and EE