By day, Morris works at Leo Burnett but, by night, he is the (formerly anonymous) "Phantom Framer" who has caused a stir in Campaign's hometown of Teddington by attaching gold frames to street signs.

Tell us your story. I approached But Is It Art?, the picture framers in Teddington, with the idea of showcasing their craft. The idea: anything looks great in a frame, even a sign telling you to pick up dog poop. The owners, Simon and Joel, approved. I measured 15 signs; Joel made bespoke gilt frames. One night, we went round Teddington adorning signs. The plan was to drum up local attention for a week and then reveal But Is It Art? was behind it. It took off more than I thought with the local Twitterati. I set up @PhantomFramer to give the attention a focus.

Describe the reaction you have received. The BBC wrote an article – even asking Banksy’s biographer’s opinion! It has been on ITV News twice, covered in five newspapers and on blogs from Jamaica to Japan. A kid watching us live on Periscope fled his train to find us to take a #PhantomSelfie. A school went on a Phantom Frame hunt. We’ve collaborated with the artist Street Art Drop. A head honcho at Google made a Phantom Frames map. A restaurant named a pudding after us. A vicar in a Liverpudlian church prayed for the Phantom Framer. It has become a phenomenon. A phantomenon! 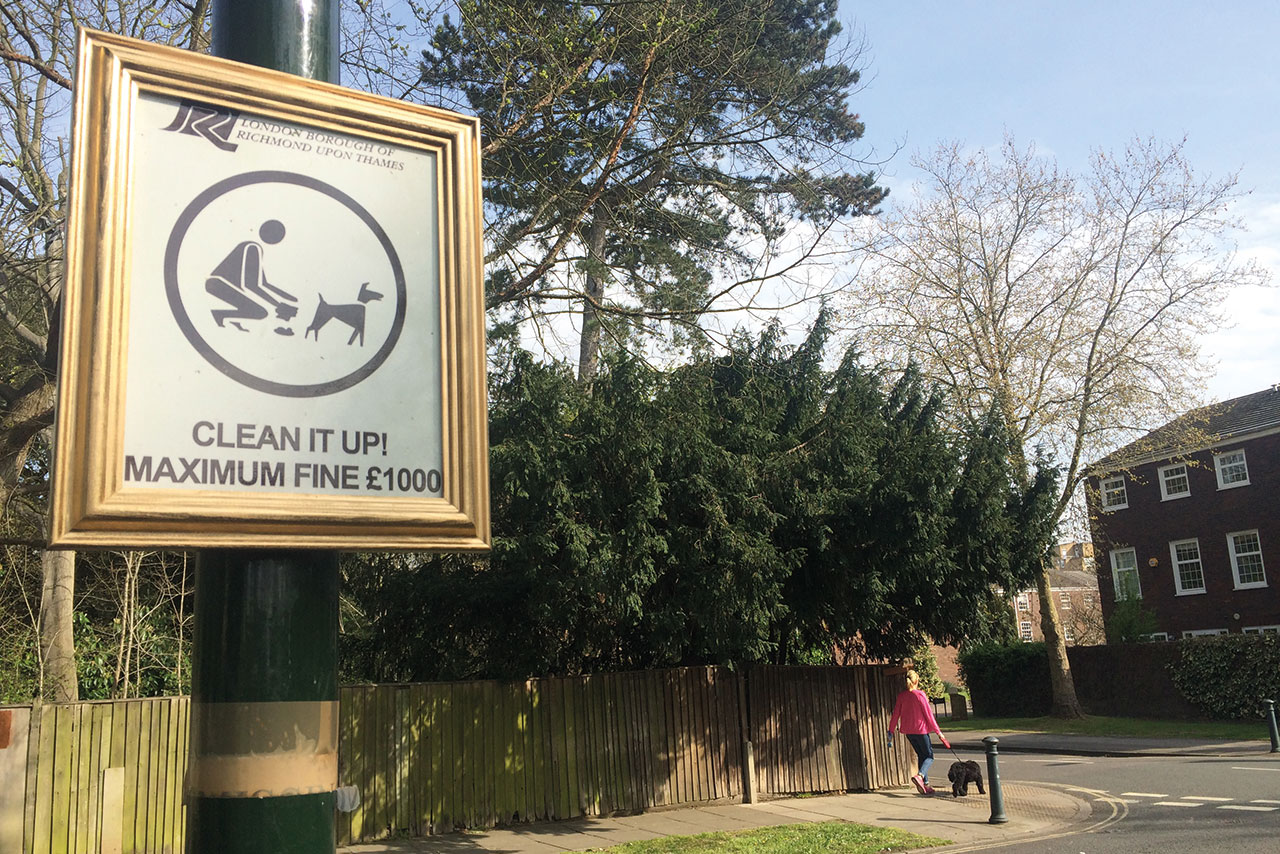 Why did you do it? I wanted to run a social campaign. Counting Twitter impressions and online article readers, more than one million people have seen the story. The media cost was £0 (I’m the account man on this too). Before this, my social media highlight was a retweet by Bob Mortimer.

You’re expanding beyond Teddington. How do you choose the signs? Our first Soho frame went up last week. Signs have to be noticeable or inappropriate.

Was it hard keeping your identity a secret? I only kept my identity secret because I like wearing masks. A posh lady hater called us "weirdos".

Why isn’t this vandalism? This is too polite to be vandalism. A lady wasn’t keen on a blue frame we did so she decorated it with sequins. Is that vandalism?

Should councils encourage this type of work? The council removed the first frames. Its vandalism of our vandalism caused uproar: 1,000 defiant fans signed a "save the frames" petition.

What’s your next project? The Co-operative Christmas campaign.