Paton wrote, crowdfunded and directed a short film, H Positive, which has been shortlisted at film festivals including Palm Springs, Raindance, Cambridge and Edinburgh Fringe.

Tell us about the project. H Positive examines how the protagonist, Mark, uses his wealth to help create a euthanasia rollercoaster – a rollercoaster so powerful, it causes cerebral hypoxia, thus suffocating your brain and ensuring a euphoric death. It asks the question: if you had a prolonged terminal illness and money was no object, would you manipulate euthanasia so that you could die on your own terms?

Why did you want to make a film? I wanted to see if I could do it. Having worked as a TV producer for more than ten years on commercials, I surrounded myself with amazing talent who gave me the confidence to attempt this on my own.

Explain the process. I made a pitch video of the idea and uploaded it to Kickstarter. This is one of the best ways to get your idea off the ground, as you pitch it in a film that offers incentives to the public in return for their funding. The beauty (and beast) of it is that you have one month to raise the money and, if you don’t meet your funding target, you don’t receive any of the money pledged. Therefore the onus really is on you to PR the idea on social media in order to gain traction and funding. 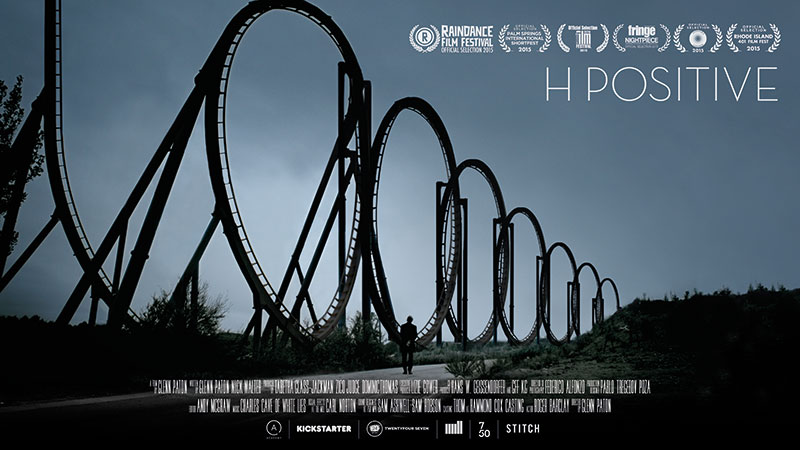 How did you enter H Positive into film festivals? There’s a smart website called Withoutabox, where you can enter all of your details and credits for the film, then the website suggests the up-and-coming festivals that you could enter. Then it’s a matter of sitting on your hands, throwing out a few Hail Marys and hoping that the festival juries like your film.

What advice do you have for others who want to make a short film? Take heed of a quote from Matthew Weiner of The Sopranos and Mad Men fame: "Not taking a risk is the thing that sinks you." Personally, I’ve found that people always say "I want to direct", "I want to be an actor" or "I want to be a musician". But there’s no better time than now to just do it. Because it’s funny how "I want", with time, turns to "I wanted".

What inspires you? Going to the cinema every week by myself. There’s no better experience for a film-maker than watching movies. Films such as Whiplash started life as a seven-minute film that won at the Sundance Film Festival. It was then made into a feature-length film and went on to receive five Academy Award nominations this year.