McGouran tested the Lexus hoverboard in "slide" by CHI & Partners. He has previously worked with brands including Vans, Element and Skate Pharmacy.

Tell us about the Lexus project. I was invited to have a look at a new project; it was very top secret. I was shown a video of someone testing the first prototype hoverboard and was asked if I would like to go out to Dresden to test it.

What was it like riding the hoverboard for the first time? It was very bizarre. It was a real challenge to stay balanced on it for more than five seconds in the beginning. But that challenge was also really fun.

How did you adjust to the hoverboard? The hoverboard is totally different to riding a skateboard. It’s a real balancing act – more like trying to balance on a slackline that moves.

So, standing on the hoverboard, I would have my feet in a different position – with my toes pointing towards the nose of the board as opposed to having them more square, like you would on a skateboard. 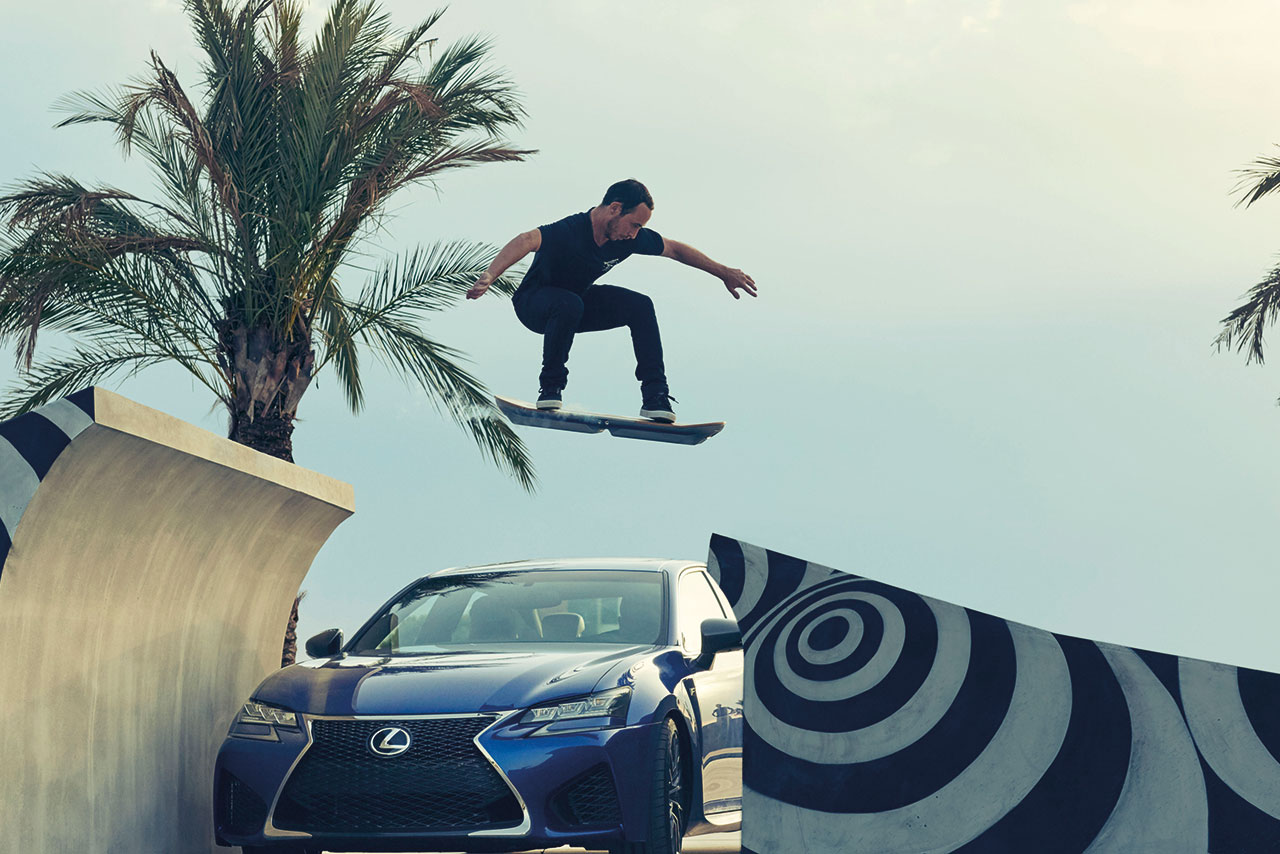 How did you learn to skateboard? I started skating in Harrow Skate Park in 1996 when I was eight. There used to be a skate shop there called HSC and they gave me my first board. I used to go there every day – I was addicted from day one!

How do you handle the fear? Most of the time, you’re not too scared because you’re so familiar with it. But, every now and then, you push yourself to a point where the fear does creep in.

At those moments, you use it to help you. You break it down, think about what you’re scared of, such as falling in a certain way – the risks or mistakes that can happen and what you would do if so. And once you’ve worked out the worst things that can happen and ways to combat them or get out of hurting yourself, the risk factors come down and it becomes more calculated, less scary and the fear is just something to conquer.

What advice do you have for first-time skateboarders? Just enjoy skating with your friends: have a laugh and mess about, because that’s what skateboarding is and it’s the best way to learn.

What inspires you? I get inspired by most of the same things as everyone else: people doing creative stuff they enjoy and that makes them happy and healthy. It could be anything from skateboarding to comedy to cooking. Whatever it is, it’s inspiring to see people doing what they’re good at in their own way.

On set at the impossible shoot